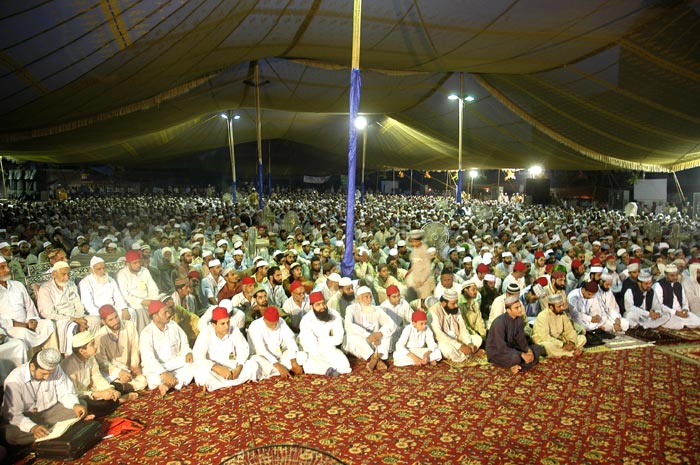 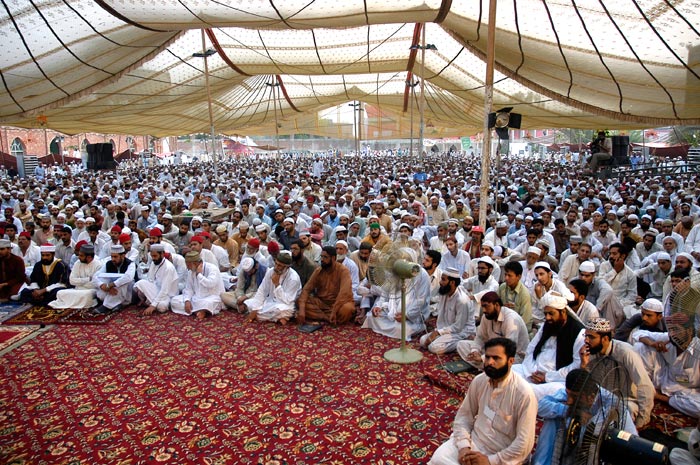 On August 23, 2011, the second day of Itikaf, Shaykh-ul-Islam Dr Muhammad Tahir-ul-Qadri spoke to thousands of ‘Mutakifeen’ attending the Itikaf being organized under the banner of Minhaj-ul-Quran International. Itikaf is an occasion to purify heart, purge it of evils and to bring about reform in personal life. The subject of Shaykh-ul-Islam’s address was ‘Spiritualism and Path to Gnosis’. He said that it is an agreed fact among the mystics and Sufis that journey towards gnosis is characterized by various stages, states of mind and ranks. The most unstable and fleeting among these variables is the state of mind. He said that when one continues to remember one’s Lord, one’s heart is swarmed by spiritual blessings and when one pleads one’s Lord beseechingly, one’s heart comes to be enlightened with spiritual light called ‘Noor’. The more man absorbs himself in worship and obedience to Allah Almighty, the more he is blessed with special guidance and enlightenment during the performance of even optional prayers. 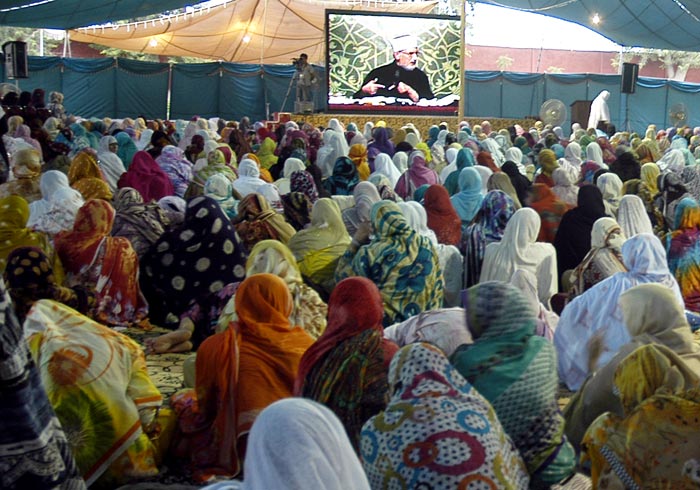 Shaykh-ul-Islam said that as the coldness of water leaves its impact upon the personality of man, in the same manner, when he is pleased with Allah and His Prophet (SAW), he gets to taste the impacts of this pleasure, which leads him to develop a particular state of mind and heart. Thus when he prays and recites the word of God (Holy Quran), he experiences various states of spiritual ecstasy.

According to Sahih Muslim, Hazrat Hanzala (RA) submitted in the honour of the Holy Prophet (SAW): O Prophet of Allah (SAW), when we are present in your company, it appears as if paradise and hell are before us. When we return home, these states cease to exist. The Holy Prophet (SAW) said after hearing this that when this feeling comes and goes, it is sign of faith. One must not worry over it. 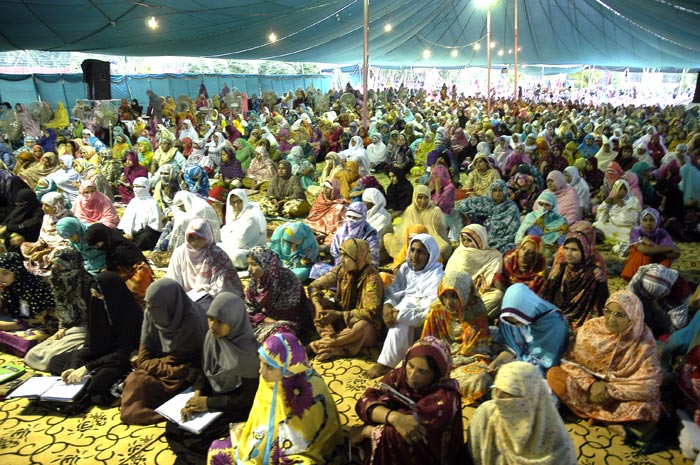 Shaykh-ul-Islam said that when a particular state seizes man, light pierces into his heart. There are some people on whom drop of spiritual light continues to pour and there are many on whom the spiritual light rains. There are some luckiest ones whose heart becomes the embodiment of the showers of divine disclosures. These are different states of mind, which continue to ebb and flow under the impact of a pious company without any involvement of struggle for spiritual enlightenment.

Shaykh-ul-Islam Dr Muhammad Tahir-ul-Qadri referred to the Hadith wherein the Holy Prophet (SAW) said: If the state of mind you experience in my company stays with you even when you are home, you will feel as if you walk through streets and angels descend to your right and left and wait in queues to shake hands with you. 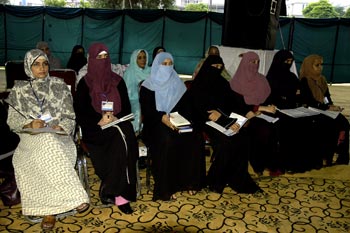 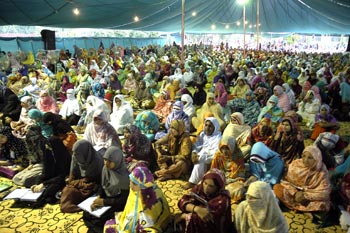 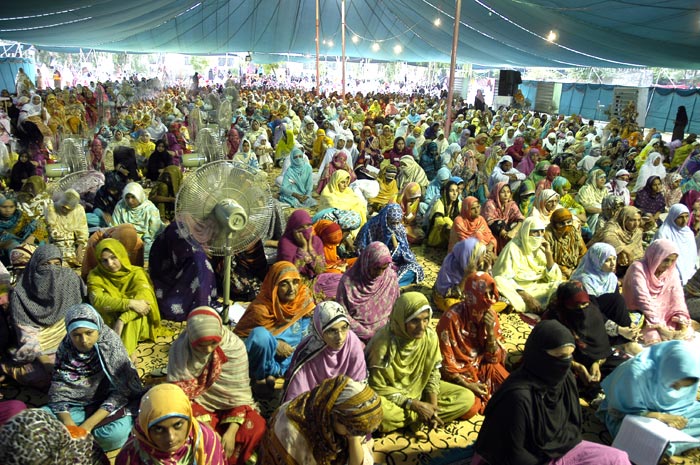 Dr Muhammad Tahir-ul-Qadri said that such states of mind keep coming and going like a glow-worm; they do not stay longer; they are temporary and inconsistent. In terminology it called 'kaifiat'. However, if such a state persists and the feeling of spiritual rapture lasts longer, hanging on and on, it becomes a compulsive hang-up and is called 'haal' and the person experiencing it is called ‘Sahib-e-Haal’. He said that when one remains engrossed in one’s relationship with Allah Almighty, one does not care a bit, even if people choose to scold him. Whatever sense of worth and feeling of elevation he were to get from the appreciation and praise of people, he happens to get it from His Lord millions of times better than from people around him. That is why, he remains indifferent to people. He further said that when this 'haal' or compulsive hang-up of spiritual ecstasy becomes stable and permanent, the man attains to the station of the one spiritually exalted, known as 'Sahib-e-Muqam'. 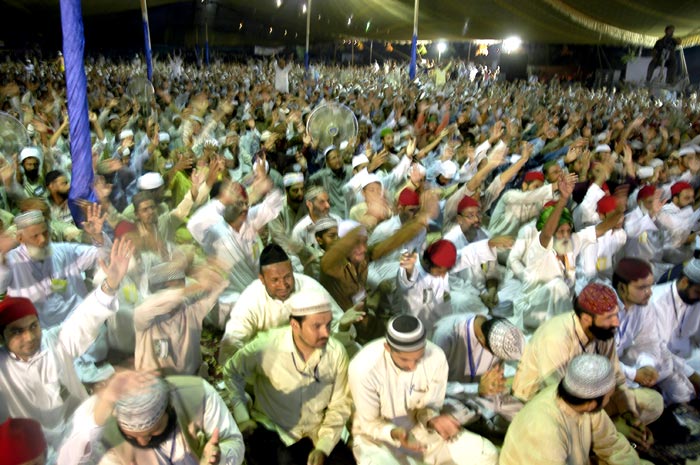 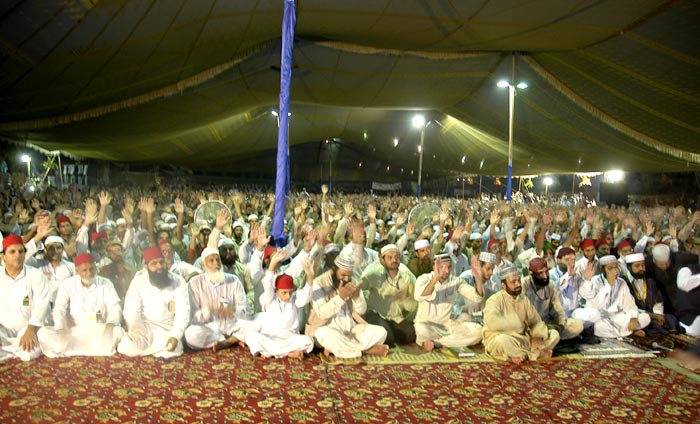 Shaykh-ul-Islam further said that at times man’s state of mind continues to fluctuate. Satan is also happy to see that man keeps on working hard throughout his life, but does not get the taste from it or he is happy that man does not get the motivation to worship. Satan is happy with him who is oblivious of his religious duties.

Shaykh-ul-Islam Dr Muhammad Tahir-ul-Qadri said that when man sheds indifference and starts remembering his Lord, Satan begins to get irritated and piqued. As man continues on the path of gnosis, the Satanic attacks also intensify. These attacks get defeated when such a person attains to spiritual station. However, he has to safeguard his ‘territory’ after getting the privileged station or 'muqam' in spiritualism. Then, man has to subject himself to meditation, spiritual struggle, self-accountability and dialogue. Shaykh-e-Akbar Mohi-ud-Din Ibne Arabi says that we even do not conduct appraisal of our actions performed during the day. The condition of our predecessors was that they would hold accountability of even their thoughts occurring to them and departing. 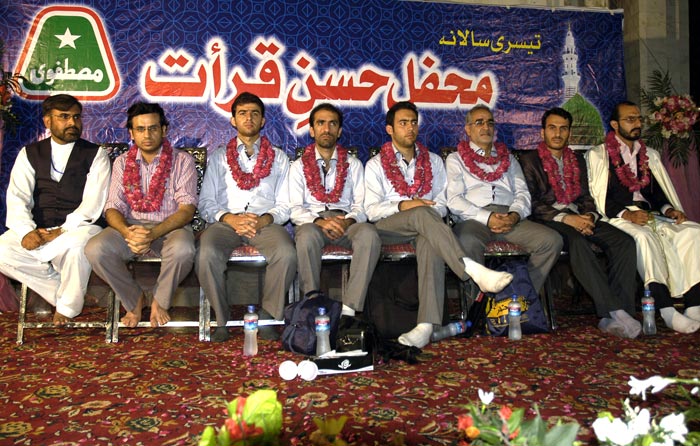 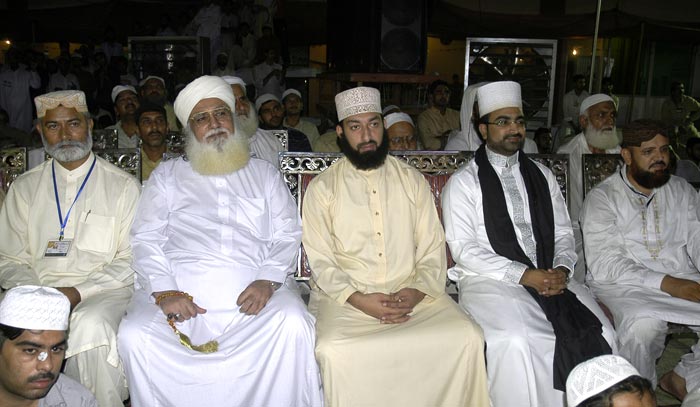 Dr Muhammad Tahir-ul-Qadri said that man cannot become firm and strong on the path of spiritualism and gnosis unless he has very strong foundation. The stronger the foundations on the path of gnosis and spiritualism, the stronger the destinations he aspires to attain. Otherwise, there is a strong possibility that he would not be able to keep up momentum and would flounder on the way. If one is firmly grounded, one gets to know how to transition from fleeting feelings to a more durable and stable state of mind i.e. haal, and how to ward off attacks mounted by the lower self. If one recognizes one’s self, only then can one face off its offensive in various forms and manifestations. 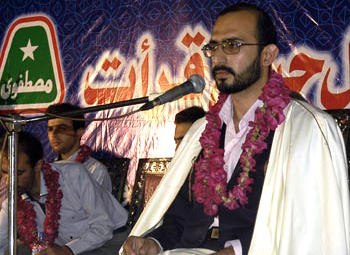 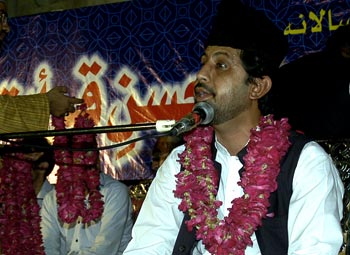 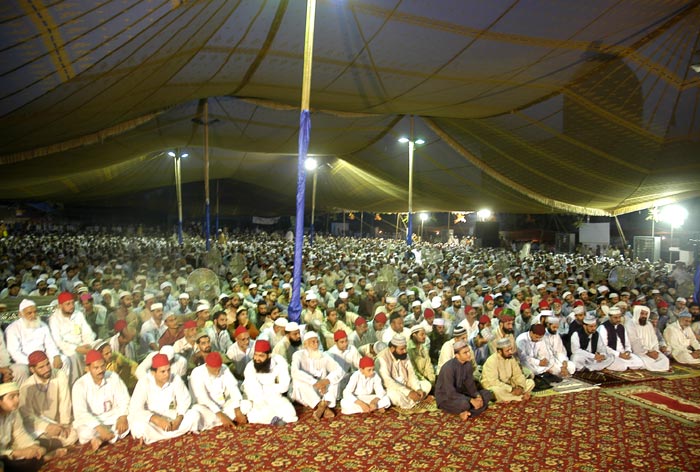 Shaykh-ul-Islam said that lower or ill-commanding self mounts attacks on man in various forms such as dominance of cardinal desires, conceit, and anger. The question is how to identify them. Then there are attacks from the cursing self followed by fluctuations in the inspired self. These are various stages that lead up to the attainment of the satisfied self. What is most required in the process of this tiresome journey is knowledge. Those who think that they would be able to pull along on the path of spiritualism with ignorance are caught up in manifest misguidance and error. There is no concept of spiritualism without productive and profitable knowledge. Neither does a disease get diagnosed, nor cured without spiritual knowledge. 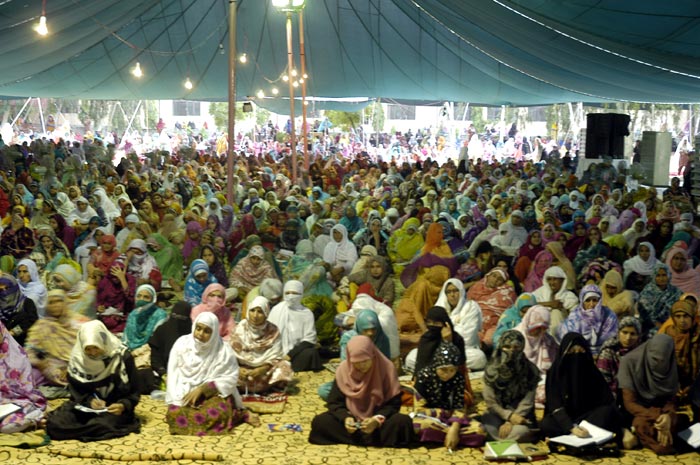 Dr Muhammad Tahir-ul-Qadri said that those who have rendered spiritualism and mysticism into a business, they negate knowledge before their disciples. They say that knowledge is exclusive to scholars, while they are ‘Sahib-e-Haal’. This is the extreme ignorance and this disease is rampant both in India and Pakistan. He said that gnosis and spiritualism is a skill, and Sufis and Saints are the masters of this skill, which is not complete without knowledge.

Addressing people of India, Bangladesh and Pakistan, Shaykh-ul-Islam said that one cannot attain to ‘Tareeqat’ (the spiritual path) without implementing ‘Shariat’ (Islamic law). He who claims otherwise is a fraud and a liar. He regretted that people of these countries have confined the scope of spiritualism to the performance of a few ignorant rituals. 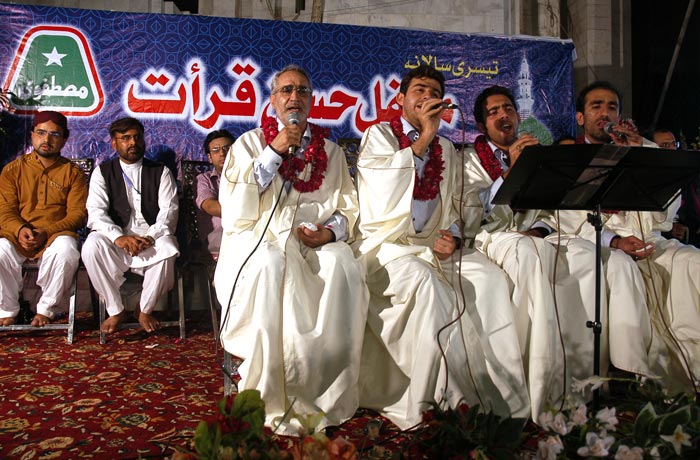 Huzoor Ghous-ul-Azam, Bayazid Bustami, Junaid Baghdadi and Data Ganj Bakhsh Ali Hajveri (may Allah be well pleased with them) said that the claim of action not informed by ‘Shariat’ is false. He who does so is the follower of Satan. The Sufis and Saints did not accept any idea which talked of success merely due to affinity or association and without performing good deeds. This concept has been entertained by the ignorant and lovers of the worldly gains. Mysticism is all about excellence of actions, excellence of morality and spiritual loftiness of mind, shunning worldly pursuits that make one indifferent to God, whereas our society is poised at two extremes when it comes to understanding the reality of spiritualism. One set of people fully and tally reject it out of hand, while the other has rendered it into a profitable business enterprise. 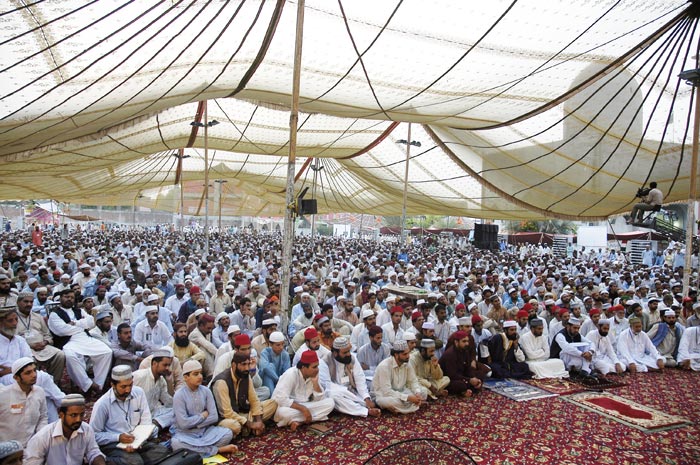 Shaykh-ul-Islam Dr Muhammad Tahir-ul-Qadri said that productive knowledge protects the holder of spiritual station and there is no concept of superiority without possession of productive knowledge in future. Therefore, one must endeavour to attend the company of the scholars and the friends of Allah in order to safeguard faith as well as continue the process of spiritual growth.

Shaykh-ul-Islam Dr Muhammad Tahir-ul-Qadri said that due to the dominance of materialism, we do not do self-appraisal of what we did during day, while our forefathers even used to conduct accountability of their thoughts. They would get so much worried even by a small occurrence in thoughts that they would work hard day in and day out to reform the diseased thought through worship and meditation. 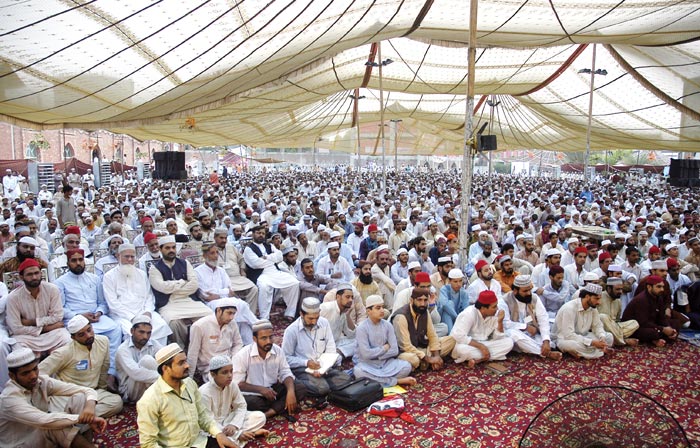