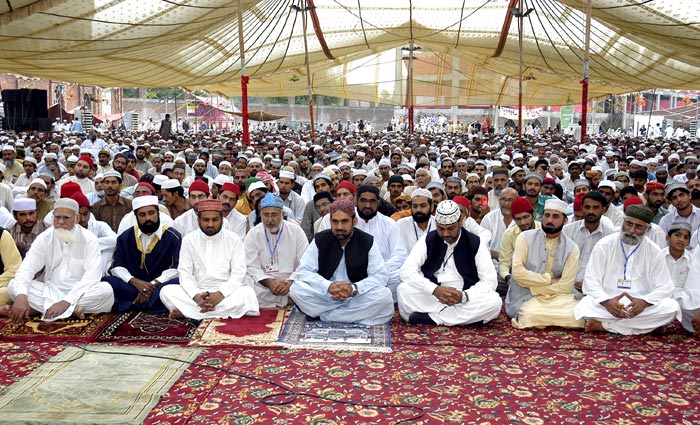 Shaykh-ul-Islam Dr Muhammad Tahir-ul-Qadri delivered his special address to the thousands of Mutakifeen of the Itikaf City on the 24th of Ramadan through video conferencing from London. Continuing his lectures on the broad subject of “Realities of Spiritualism and Ways to Gnosis”, he spoke on “Gnosis of Allah, knowledge and commands of Islamic law’.

Shaykh-ul-Islam said that journey towards seeking gnosis of Allah represents a continued migration, which has various stations. This migration is very well graded from will to repentance, to cleanliness, to obedience, then to perseverance, to labour, to gnosis, to love and lastly to nearness ending up in meeting with the Lord. According to the Hadith, the Holy Prophet (SAW) would recite ‘Istighfar’ 70 times, and 100 times according to some traditions, daily. Some hadith-narrators and the Saints have interpreted this hadith, saying that the Holy Prophet (SAW) was innocent, so what did he observe ‘Istighfar’ for? It implied that his status would rise by 100 stations every day. This was his station of servitude. 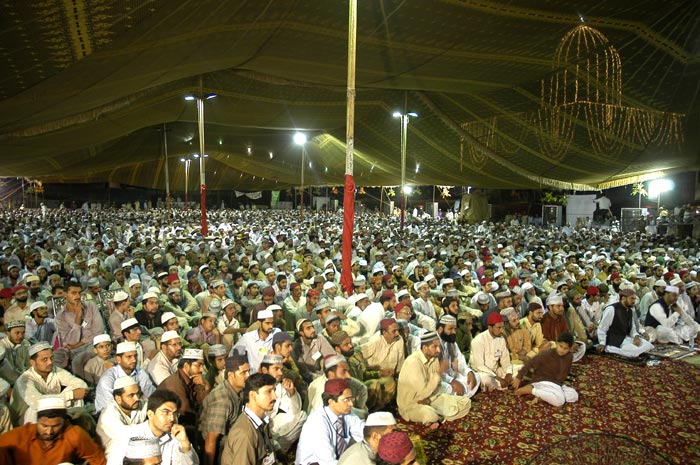 Shaykh-ul-Islam said that the Friends of Allah work hard to attain to higher grades of spiritual ascension because they are conscious of age constantly declining with the passage of time, while we erroneously think that our age is on the increase. The Friends of Allah hold the remaining time as age. He said that one must remember that journey of gnosis does not get started in spiritualism unless one is aware of one’s present state. Those whose hearts are swamped by darkness hardly get to know what evils reside in their hearts, which have enveloped hearts in darkness. So the Sufis are of the view that the first step on a journey towards gnosis is to be aware of one’s present. When one develops an understanding of one’s present, only then can he be worried and think of ways and means to reform oneself. This leads one to penitence. 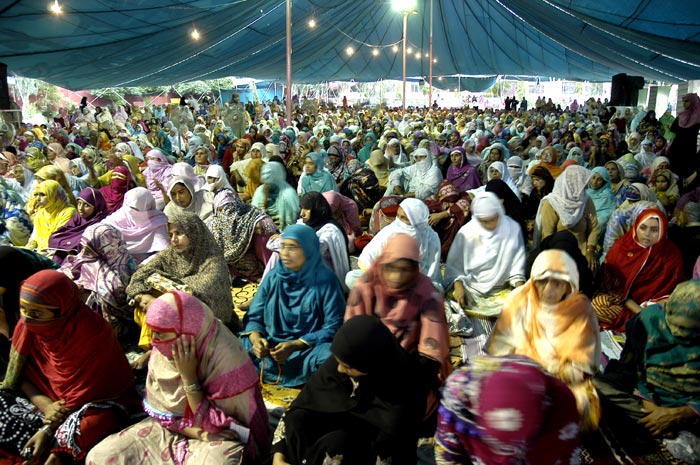 He said that such people who advocate the journey of gnosis without knowledge have been called as liars in the mystic literature. Those who put knowledge at the backburner in gnosis and talk of spiritualism tell a lie and reject the essence of Islamic teachings. The Holy Prophet (SAW) dubbed the acquisition and understanding of religion as the biggest worship. He said that one jurist who Allah has blessed with knowledge is superior to thousands of saints and worshippers who are devoid of knowledge because Satan can cause these worshippers grievous harm if they are not equipped with knowledge. 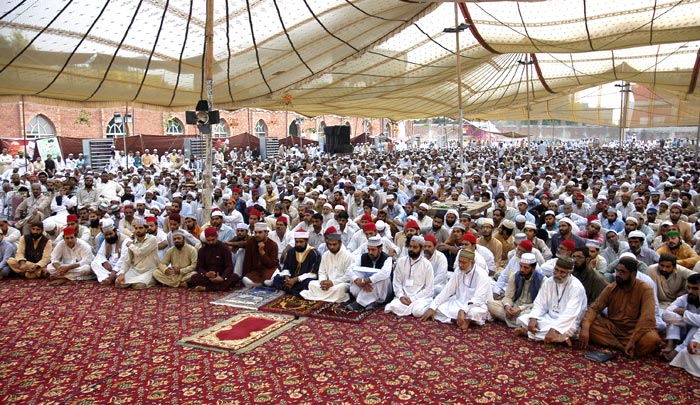 Shaykh-ul-Islam Dr Muhammad Tahir-ul-Qadri said that according to the Holy Quran, only those people are scholars whose hearts tremble with fear of Allah. A scholar does not become one unless he has gained productive knowledge. The Holy Prophet (SAW) has warned against not having productive knowledge. Allah Almighty would make a scholar and worshiper stand before Him on the Day of Judgment. The sincere worshippers would be sent to Paradise. And He would stop the practising scholar. Such a scholar would be asked that he has been stopped so that he could also intercede for those whom he imparted knowledge in life and also take them into Paradise. 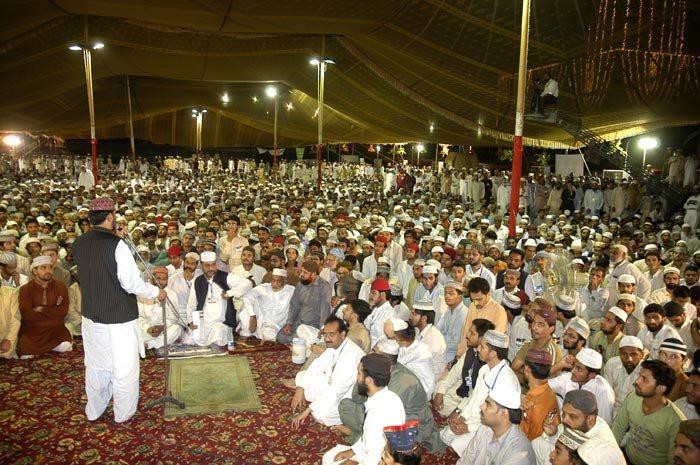 He said that those who have neither knowledge nor pious deeds are neither journeyer on the path of gnosis nor spiritual mentor. They have nothing to do with spiritualism and attending the company of such people spells disaster and destruction. It is unfortunate that we have de-hyphenated knowledge with spiritualism. It is worth considering that the book―Kashf al-Mahjub―deals with the subject of gnosis and spiritualism but starts off with chapter on knowledge, for the sum and substance of spiritualism is to inculcate fear of Allah. None can be ‘Sahib-e-Haal’ as long as he is not ‘Sahib-e-Qaal’. 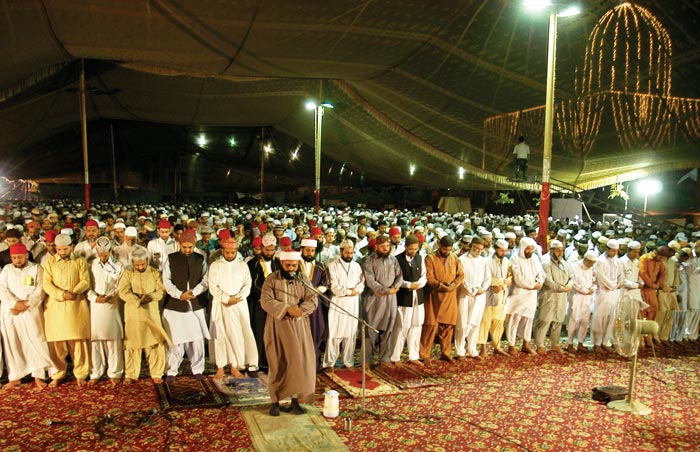 Dr Muhammad Tahir-ul-Qadri said that those who have regarded spiritualism as non-Arab concept are wrong. Their concept is based on ignorance as they have not read the teachings of the Sufis. Those who dub the spiritualism contrary to the teachings of faith are caught up in manifest error and deviation. 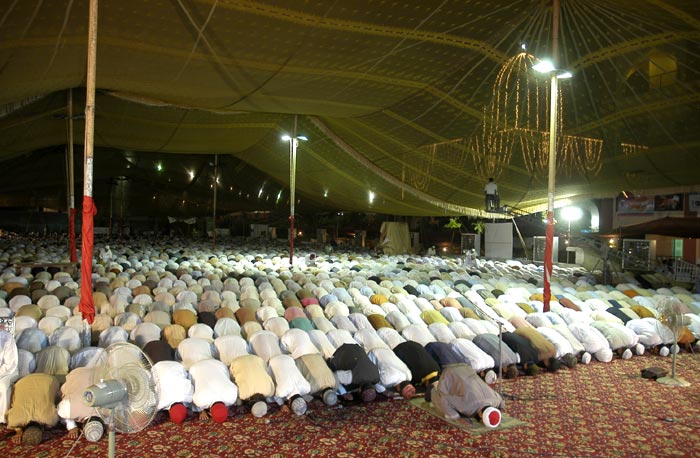 Hazrat Sayyidna Usman Neshapuri who died in 298 h and is one of the founders of spiritualism, says that he who allowed his inner and outer personalities to be immersed in the Sunna of the Holy Prophet (SAW), Allah Almighty would open the doors of wisdom upon him. Hazrat Abul Hassan Hawari Mamoon was one of the distinguished Sufis. He was contemporary of Imam Bokhari (RA) and died in 230 h. He says that he who acts contrary to the teachings of Sunna does not deserve to be taken as Shaykh and obeyed. He should be rejected fully and comprehensively. 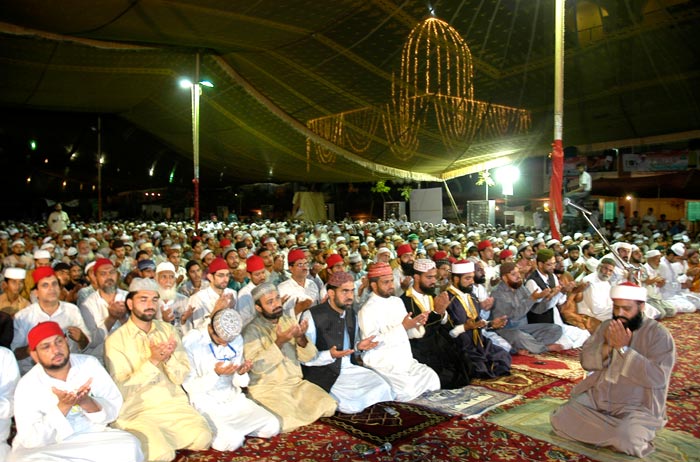 Shaykh-ul-Islam Dr Muhammad Tahir-ul-Qadri said that considering spiritualism as innovation is misfortune. Rather spiritualism is the soul of the Holy Quran, the Sunna of the Prophet (SAW), the soul of the Companions. Spiritualism is a light, which rends apart clouds of darkness and causes light to dawn. It brings the man out of darkness of his being and enlightens him. All Sufis would reform people’s manners and conduct and make their life better. Therefore considering the spiritualism as an outgrowth of the Indian or Iranian context is the representation of innovation itself.

Allama Ibne Tamiyya writes on page 87 of his book “Al-Istaqama” on the pattern of Shaykh Shahab-ud-din Soharwardi that once he saw Huzoor Ghous-ul-Azam (RA) in dream and he addressed Ibne Tamiyya thus: the books you have read do not prepare you for grave. Ibne Tamiyya writes that Huzoor Ghous-ul-Azam divined his heart through ‘Kashf’. In the end, Shaykh-ul-Islam said that heavy responsibility rests on the shoulders of Mashaykhs, teachers, spiritual mentors and their students that they should also promote and propagate the education of spiritualism along with performance of good deed and knowledge. Shaykh-ul-Islam’s address came to an end at 7 a.m. (PST).