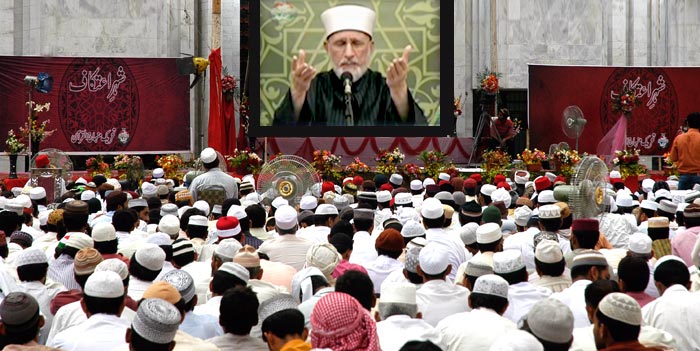 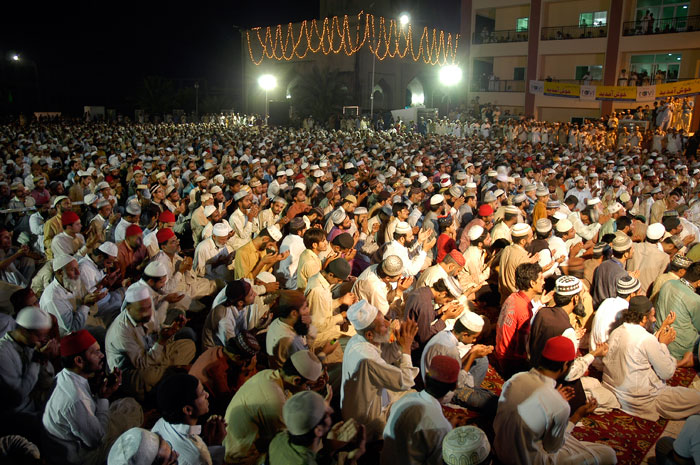 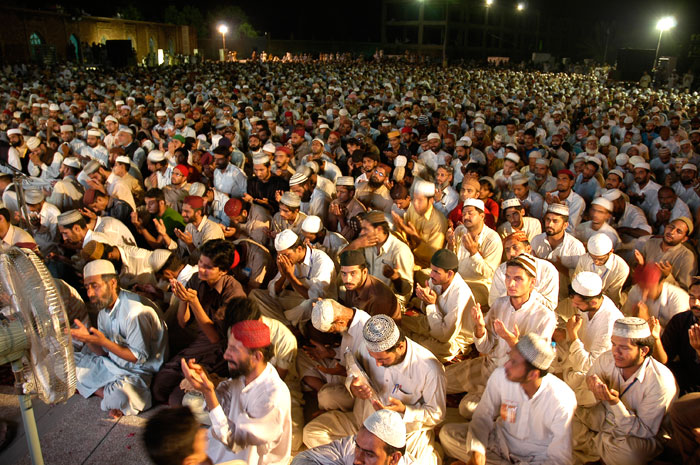 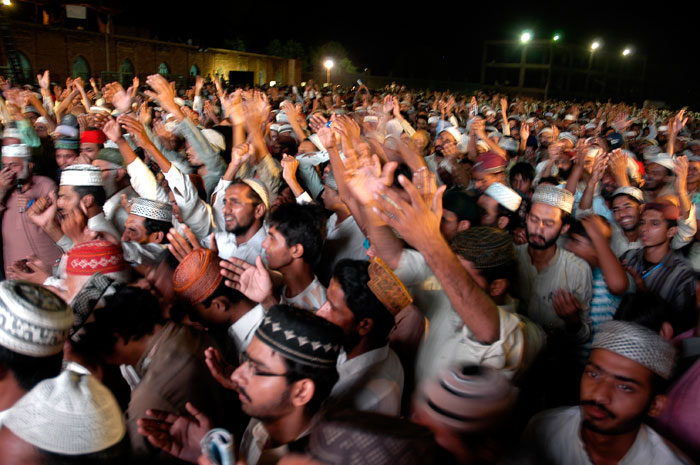 The Itikaf City 2011 held under the aegis of Minhaj-ul-Quran International concluded on August 30, 2011 after the moon of Eid was sighted after evening prayers. The thousands of ‘Mutakifeen’ congratulated one another after the Eid was declared on Wednesday, August 31. Shaykh-ul-Islam Dr Muhammad Tahir-ul-Qadri also felicitated the Mutakifeen on the occasion. He led a tearful Dau through video conferencing from London. The participants took part in the concluding Dua with tearful eyes and sobbing in Jamia al-Minhaj, Township, Lahore. Dr Raheeq Ahmad Abbasi, Secretary General of Minhaj-ul-Quran International, Sheikh Zahid Fayyaz and other leaders saw off the Mutakifeen. The participants embraced one another and said adieu. 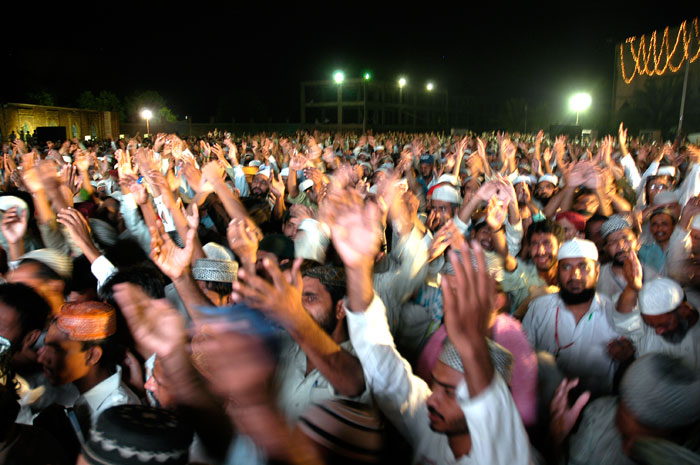 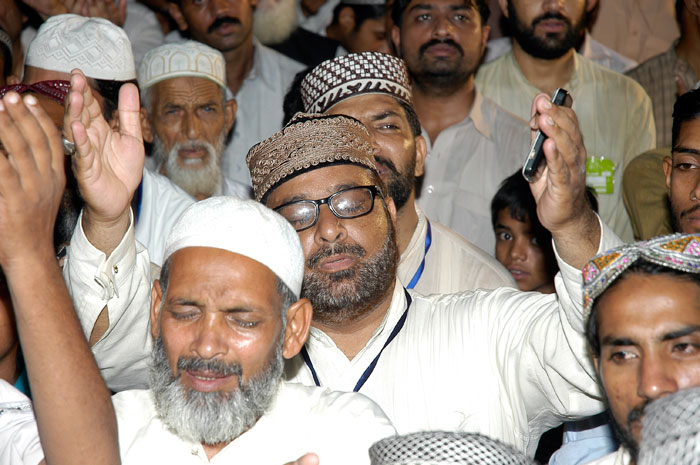 The Itikaf City 2011 was organized after a gap of two years because Shaykh-ul-Islam Dr Muhammad Tahir-ul-Qadri had cancelled Itikaf in 2010 after the devastating floods hit Pakistan causing huge losses both in man and material besides washing away everything that came its way across the country including AJ&K and Gilgit-Baltistan. He had ordered the workers of MQI and intending Mutakifeen to go to the flood-hit areas and spend 12 days including three days of Eid in service of the flood victims. He also directed that the money collected for Itikaf be diverted for the welfare of flood affectees. However, as the Itikaf City 2011 was announced, thousands of people registered themselves in advance and only 15 thousands were the lucky ones to finally make it due to space constraints including 2000 women. Shaykh-ul-Islam Dr Muhammad Tahir-ul-Qadri, during these ten days of Itikaf, delivered special addresses on the subject of spiritualism and threw light on its various dimensions. The speeches of Shaykh-ul-Islam would start after Fajr prayer and conclude at 7 a.m. 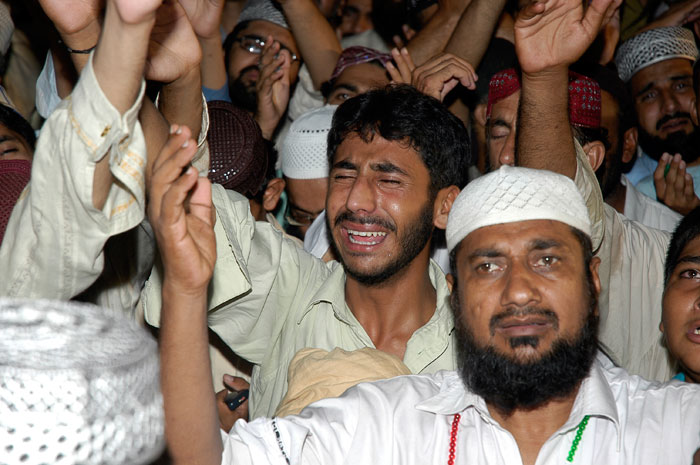 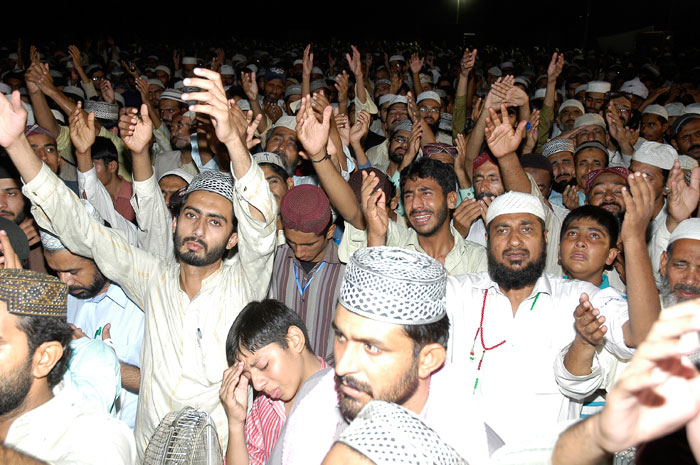 Special recitation and naat gatherings were also organized on the odd nights. The participants of the Itikaf City were accommodated in newly built five-storey building of Aagosh. All possible facilities were offered to the Mutakifeen during these ten days. Stringent security measures remained in palce to provide fool-proof security to the Itikaf City.

Two major events during the Itikaf were Juma-tul-Wida and the spiritual gathering of Layla-tul-Qadr which were attended by millions of people around the world. Minhaj.tv and other private TV channels broadcast the proceedings and speeches of Shaykh-ul-Islam live. 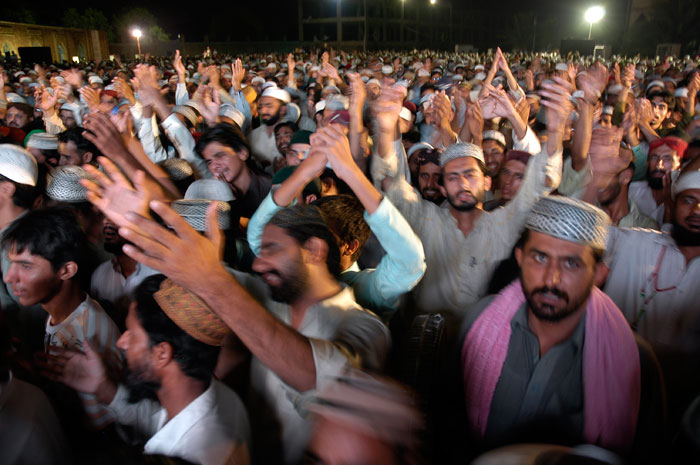 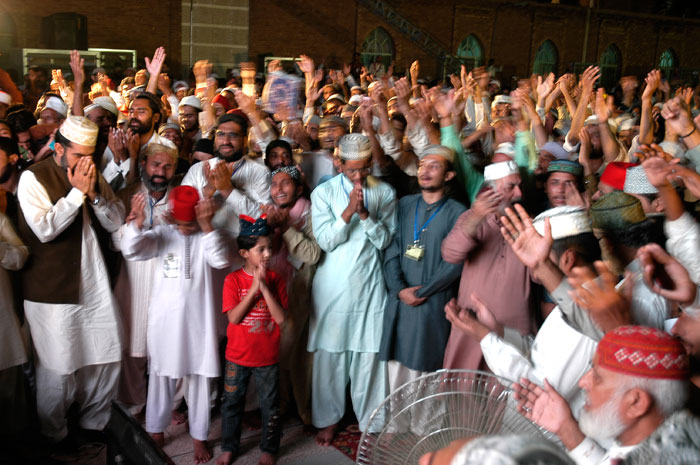 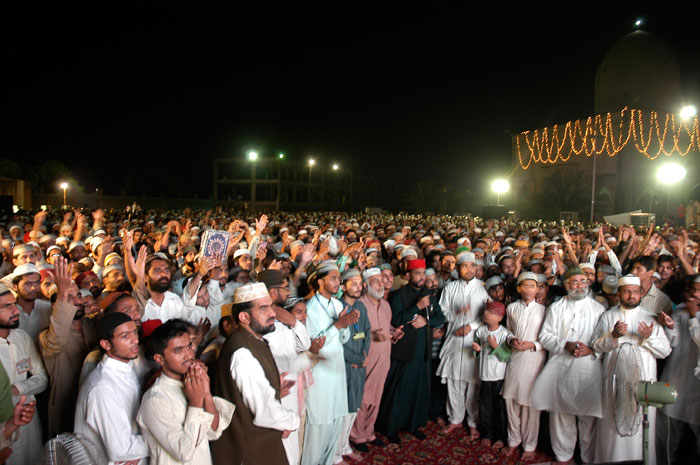 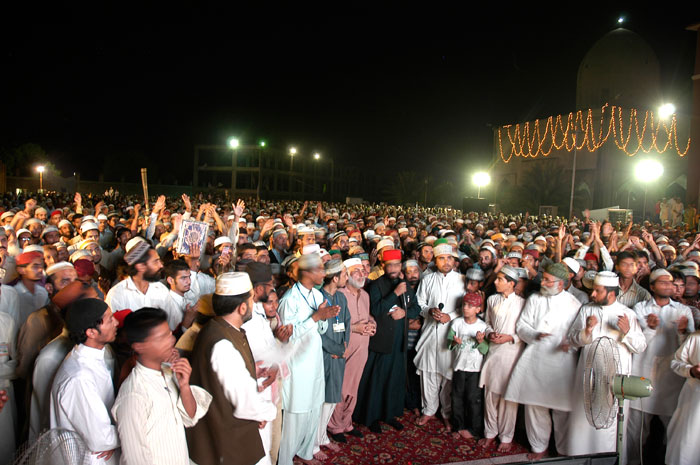