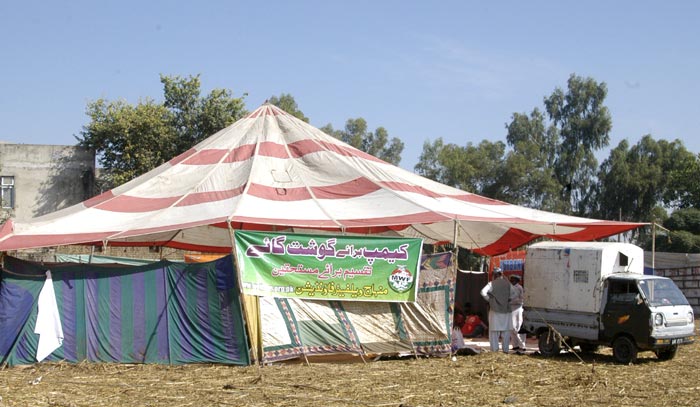 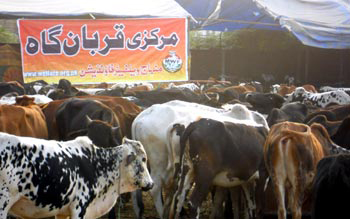 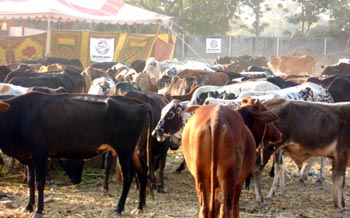 Like previous years, collective sacrifice of animals took place at hundreds of places across the country under the banner of Minhaj Welfare Foundation. On the special instructions of Shaykh-ul-Islam Dr Muhammad Tahir-ul-Qadri, Minhaj Welfare Foundation made arrangements for sacrifice of animals at 300 places in the country including a dozen of places in the flood hit areas of Sindh. The meat of sacrificed animals was distributed among the deserving and poor people to make them celebrate the festive occasion. 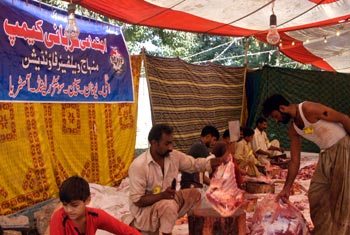 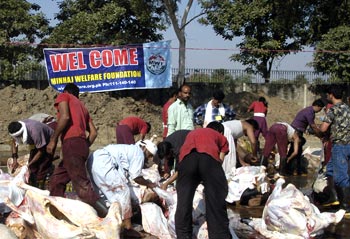 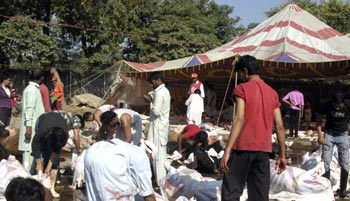 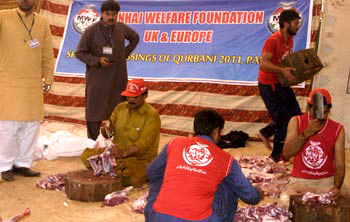 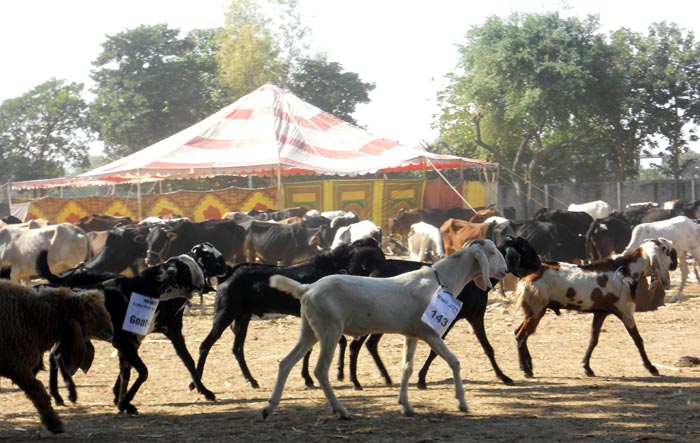 Dr Raheeq Abbasi, Secretary General of Minhaj-ul-Quran International, expressed these views while talking to ARY News and Express TV. He told the media men that local chapters of MQI undertook sacrifice of animals in India, Bangladesh and many parts of Africa. On November 7, right after the offering of Eid-ul-Adha prayers, the animals started to get slaughtered at 9 a.m. The central leaders of MQI and MWF started the sacrificial process by slaughtering animals with their own hands. Teams of expert butchers accompanied by religious scholars performed this duty befittingly. Separate sacrificial arrangements were in place for goats, sheeps and cows etc. 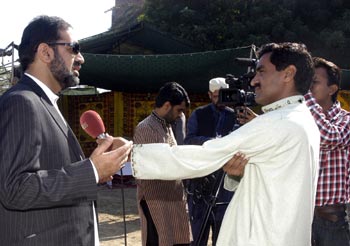 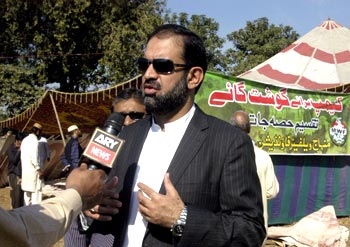 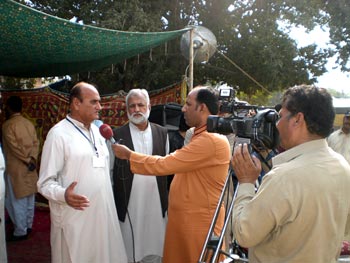 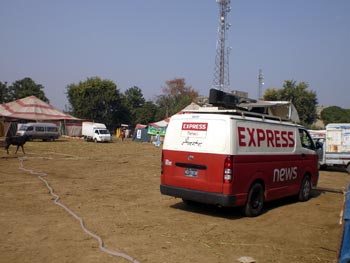 Hundreds of animals were slaughtered on the first day of Eid and its meat was distributed among the poor and deserving people. The workers of MQI visited the places of people and handed them the gift of meat from Shaykh-ul-Islam Dr Muhmmad Tahir-ul-Qadri. The hundreds of workers of MQI remained busy in collecting the skins of sacrificed animal. Many hundreds skin collection camps were set up in Lahore etc. 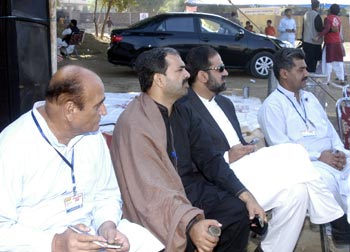 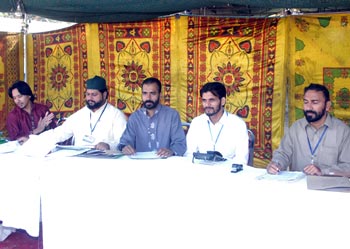 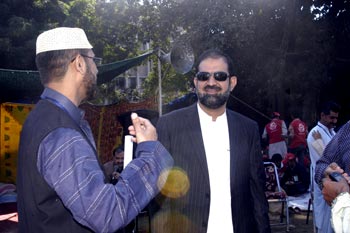 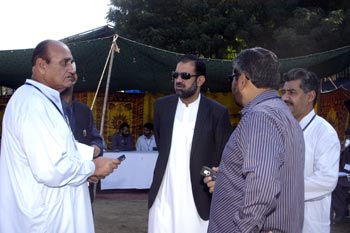 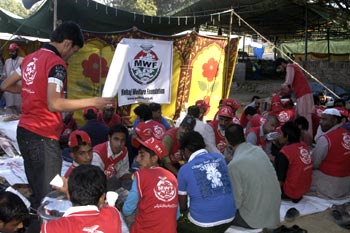 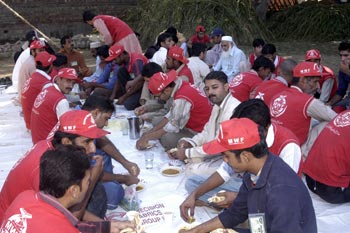