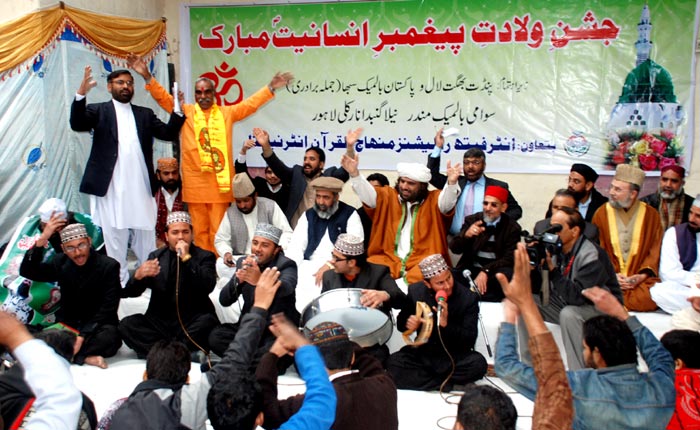 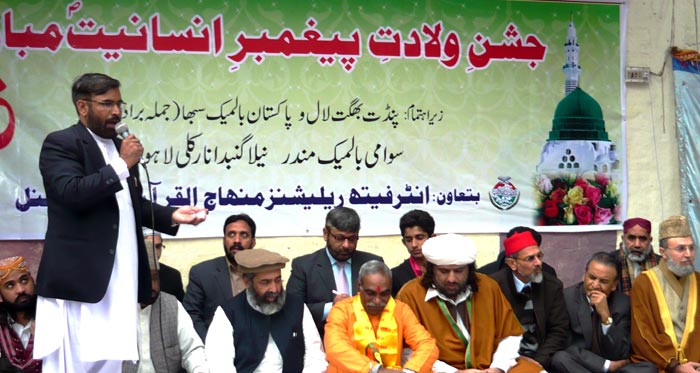 History was made in Balmeek Temple when the Mawlid-un-Nabi (SAW) gathering was held in its courtyard. The temple reverberated with the chants of Naat and greetings and salutations on the Holy Prophet (SAW). The cake was cut on the occasion to mark the birth anniversary of the Holy Prophet (SAW). The renowned Naat Khawan had the honour of presenting Naat. The collective prayers were offered in the yard of the temple. When Tara Chand, Labha Singh and Shams Gull presented a famous Naat, spiritually ecstatic atmosphere was created in the gathering. 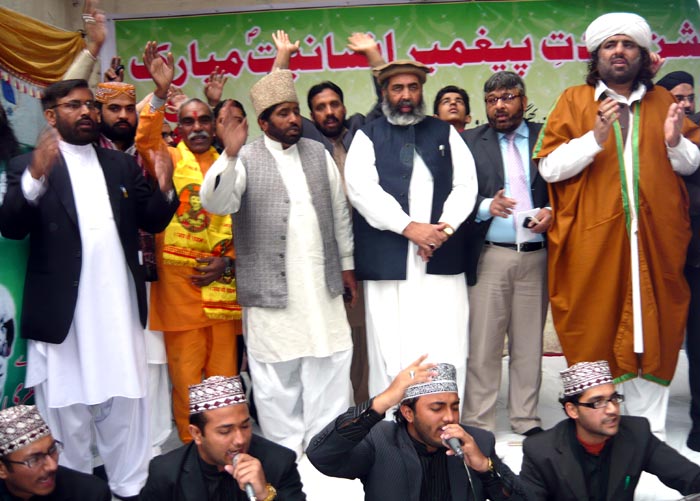 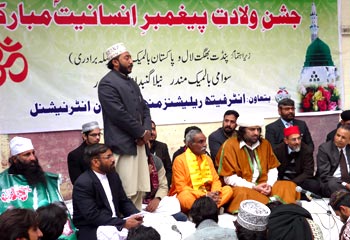 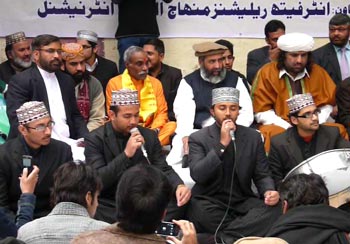 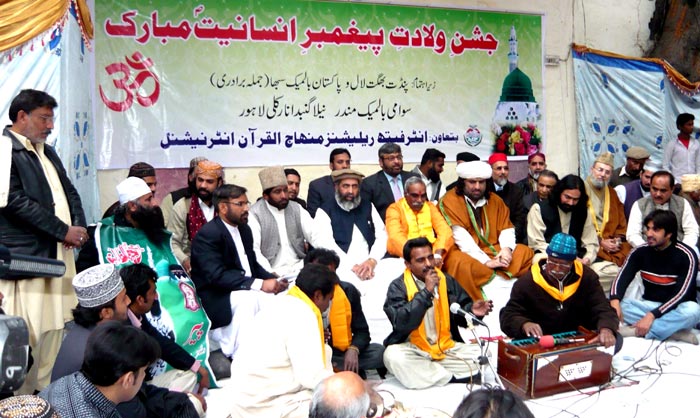 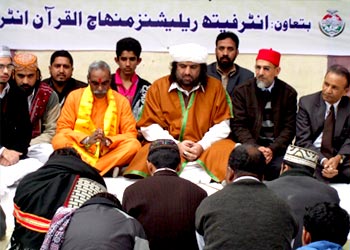 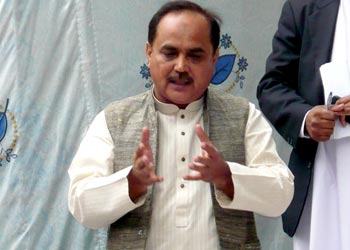 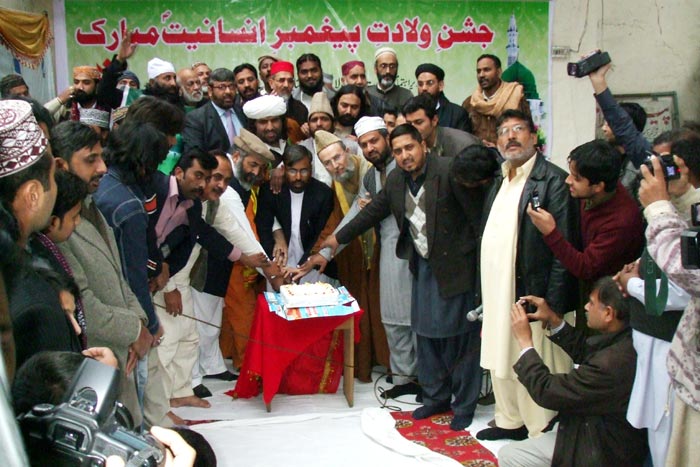 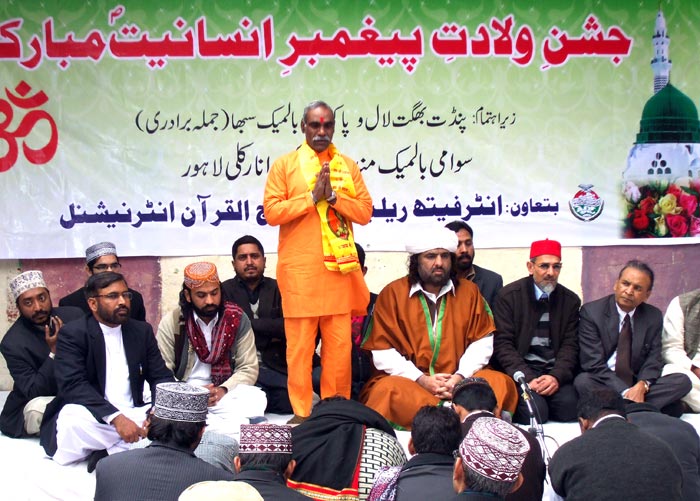 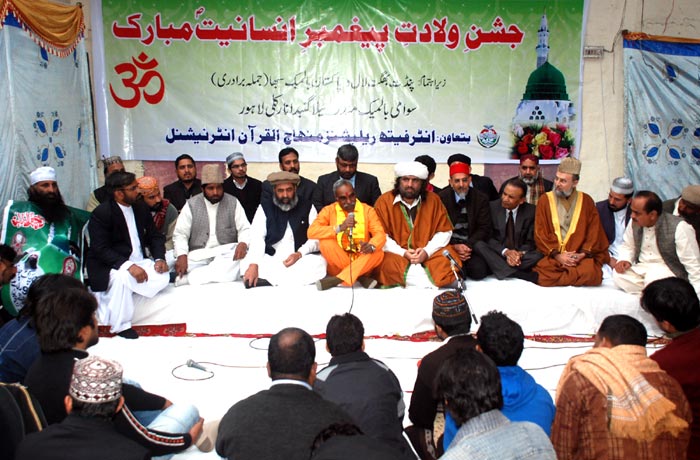 Speaking on the occasion, G.M. Malik, leader of MQI, said that the celebration of Mawlid-un-Nabi (SAW) in a temple proved that the minorities enjoy complete religious, social, political and personal freedoms and equality in Islam. He said that the efforts of Shaykh-ul-Islam had borne fruits and there was an increasing respect for each other’s beliefs, teachings and creed among the followers of different religions. He said that the establishment of global peace was possible by opening the door of the dialogue and engagement. 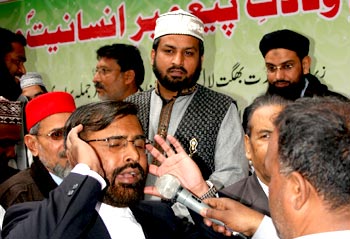 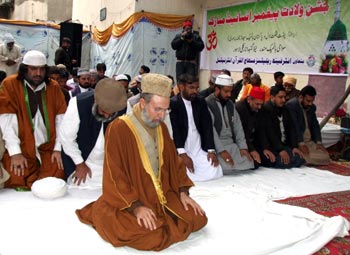 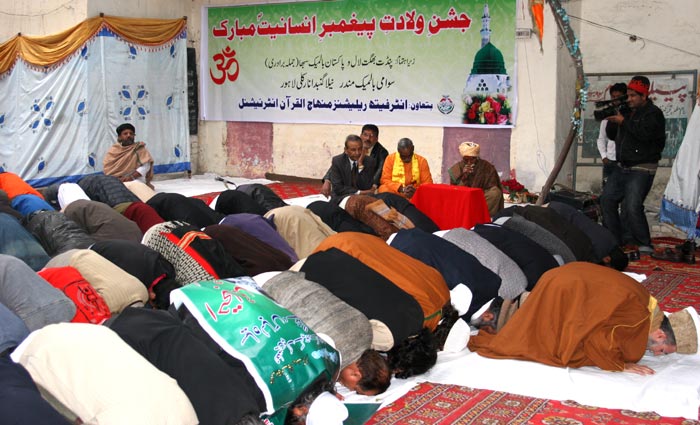 Sohail Ahmad Raza, Director of Interfaith Relations, said that Islamic message of love and peace has reached the world today through Balmeek gathering. He said that the Muslims valued the spirit of tolerance and harmony in which Pundit Baghat Lal organized the gathering to celebrate the Mawlid-un-Nabi (SAW) in Temple. He said that the thought of MQI was based on the teachings of Islam and love of the Holy Prophet (SAW) and a great example of interfaith harmony had been created in the form of this celebration. 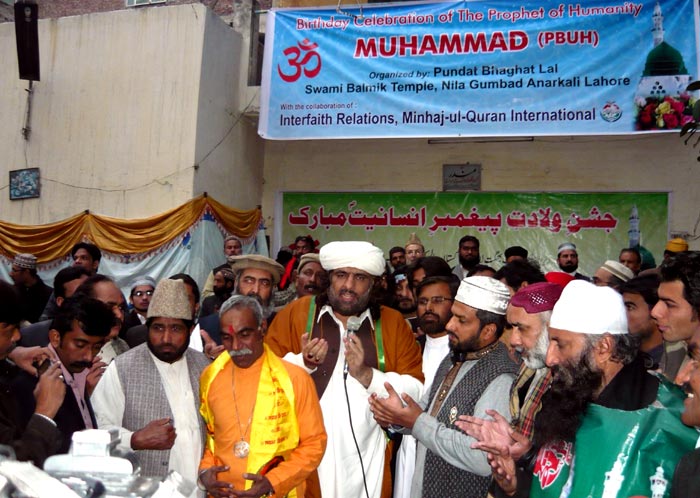 Sohail Ahmad Raza said that it was the outcome of the efforts of Shaykh-ul-Islam Dr Muhammad Tahir-ul-Qadri he was making for establishing peace in the world that the Hindu community in Pakistan had the confidence to celebrate Mawlid-un-Nabi (SAW) in the temple. He said that Islam eliminated hatred and biases and created love and peace among the people without any discrimination, and MQI was duly playing its role in spreading these teachings all over the world. GM Malik, Sohail Ahmad Raza, Hafiz Ghulam Farid presented the bouquet of flowers to Pundit Baghat Lal on the arrangement of Mawlid-un-Nabi (SAW). 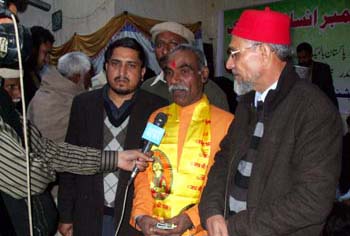 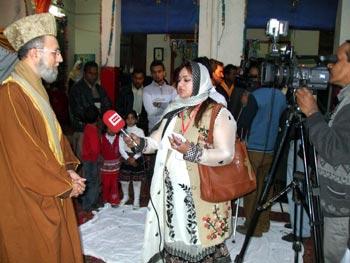