Annual mass marriage ceremony of 23 couples will be held at New Campus of Minhaj University under the banner of Minhaj Welfare Foundation. Governor Punjab Sardar Latif Khan Khosa will be the chief guest on the occasion. The arrangements of this ceremony have entered final phase.

695 girls belonging to poor families have so far been married off under the banner of MWF on the special instructions of Shaykh-ul-Islam Dr Muhammad Tahir-ul-Qadri.

Iftikhar Shah Bokhari, Director of MWF, expressed these views while talking to media men after addressing the administrative committees in central secretariat of MWF here today.

Iftikhar Shah Bokhari said that marriage of girls has become a burdensome affair for the poor parents in the present times marked by skyrocketing dearness and inflation. He said that MWF arranges one central ceremony every year in which girls belonging to poor families are married off in a mass marriage ceremony. He told that such mass marriage ceremonies continue to be held throughout the year at division and Tehsil levels under the banner of MWF.

Iftikhar Shah Bokhari said that a dowry of worth Rs. 150,000 is given to each bride including arrangements of marriage feast for 60 guests. He said that all the expenditures are borne by MWF. He said that two non-Muslim couples are also part of mass marriage ceremonies whose marriages take place in accordance with their religious rituals. 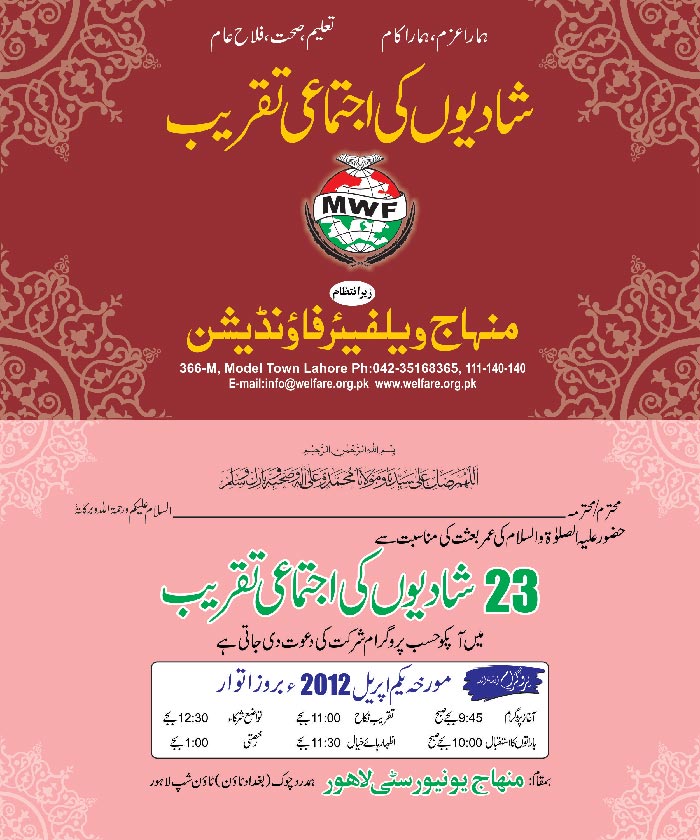 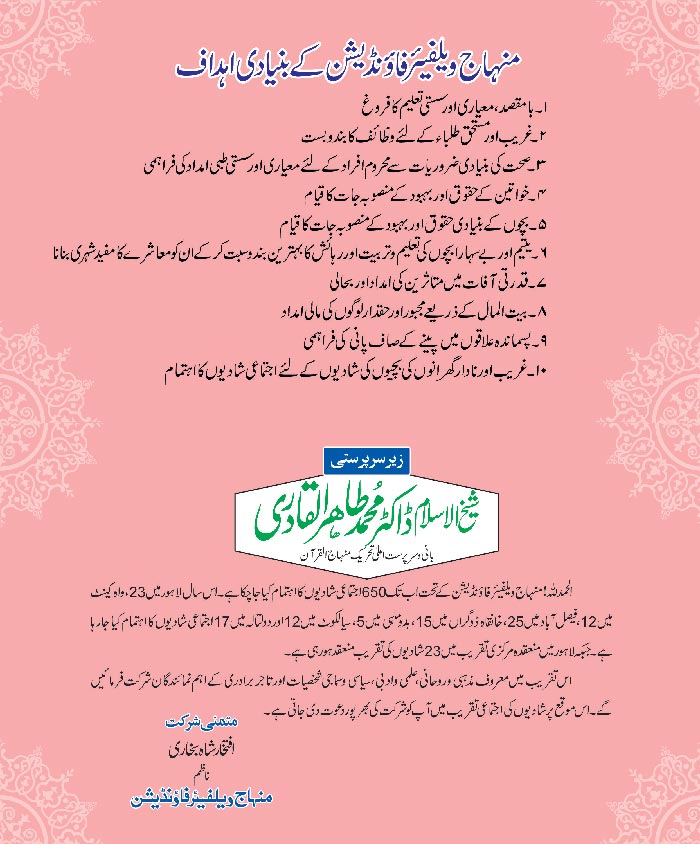