The countrywide Workers Convention of Minhaj-ul-Quran International will be held on April 8, 2012 at the central secretariat in Lahore in view of the prevailing situation in the country. Hundreds of workers of MQI from across the four provinces and AJ&K will attend the Convocation.

Shaykh-ul-Islam Dr Muhammad Tahir-ul-Qadri will deliver his special address to the participants through video-conferencing from abroad. The biggest gathering will be held in Lahore while convocations will also be held in other cities such as Islamabad, Rawalpindi, Karachi, Multan, Faisalabad, Sargodha, DG Khan, and other major cities where the proceedings will be broadcast live through Minhaj.TV.

The hundreds of thousands of people will listen to the address of Dr Tahir-ul-Qadri through internet online system. According to G.M. Malik, the preparations for the arrangement of the Workers Convention have reached final stage. 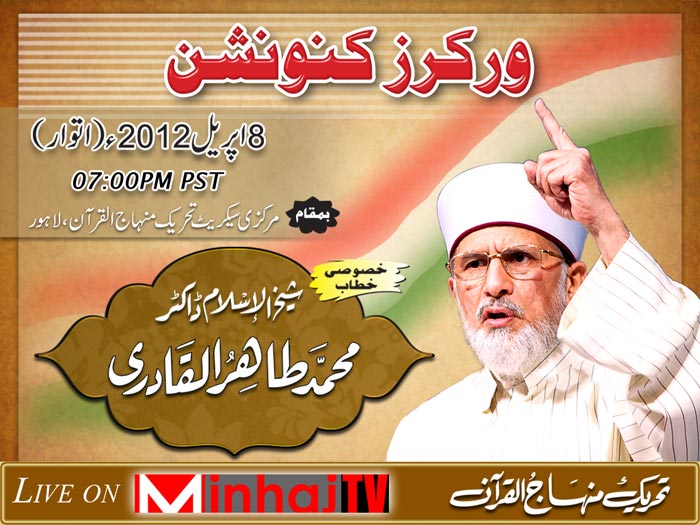