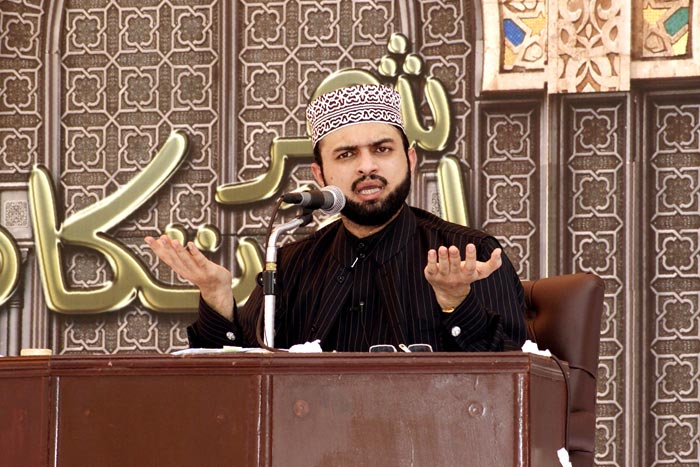 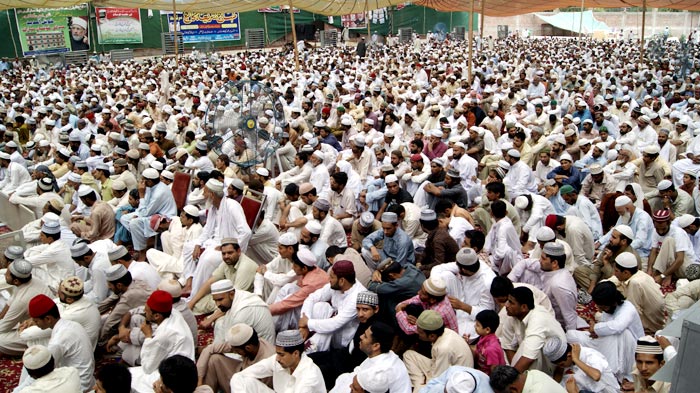 On the occasion of Juma-tul-Wida on August 17 (28th of Ramadan), Sahibzada Dr Hassan Mohi-ud-Din Qadri, President of MQI’s Supreme Council, addressed the residents of 22nd Itikaf City currently being held under the banner of Minhaj-ul-Quran International in Township, Lahore. His speech was telecast live around the world by Minhaj TV and QTV.

In addition to participants of Itikaf City, thousands of the faithful from across Lahore and Pakistan also attended the Friday prayers. By 12 pm, there was no space left for any new entrant in the venue as people had started pouring in since morning of Friday. The management had to make emergency arrangements for prayers on adjacent roads around Jamia Al-Minhaj. They installed projectors and digital screens for the facilitation of the faithful.

After the speech of Sahibzada Hassan Mohi-ud-Din Qadri, Sahibzada Faiz-ur-Rehman Durrani read out the ‘khutba’. Muhammad Afzal Noshahi and Minhaj Naat Council jointly recited Durood Sharif and Salam. Dr Hussain Mohi-ud-Din Qadri led the tearful prayer for peace, security and progress in the country. Special Dua was also made for martyrs of Kamra Air Base who laid down their lives in the line of their duty while defending the base against a terrorist attack. 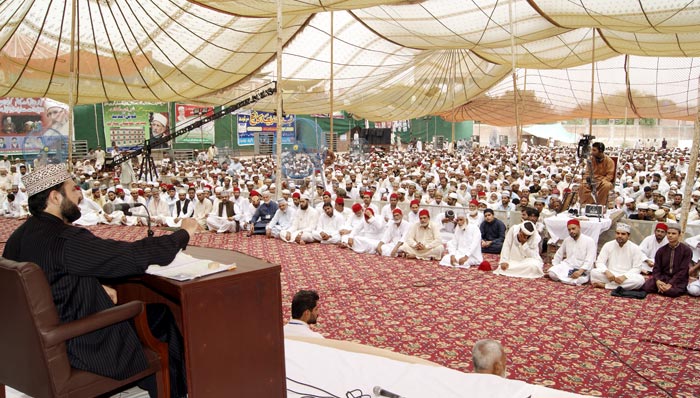 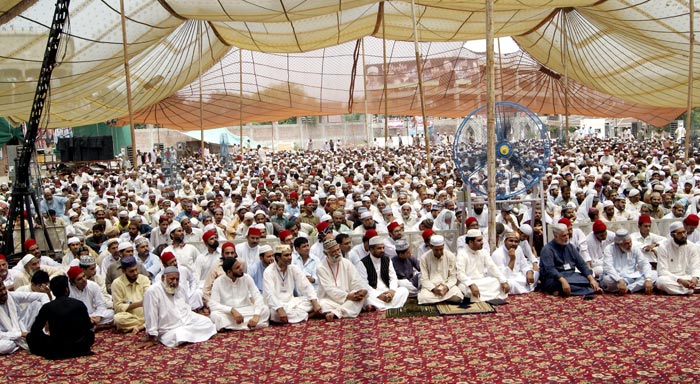 Dr Hassan Mohi-ud-Din Qadri selected the incident of Hazrat Musa (A.S.) as subject of his speech in connection with spiritualism and mysticism. He said that spiritualistic journey of Hazrat Musa (A.S.) and Yusha Bin Nun is a bright chapter of spiritualism and instructive for seekers of spiritualism in ways more than one. He said that at a place where a dead thing comes back to life, one should presume that company of Khizar has been revived, for when something becomes dead, one has to attend the company of those ‘living’ to make it come back to life again.

Dr Hassan Mohi-ud-Din Qadri said that Allah Almighty hinted at a human heart here. He said that Allah draws the attention of the faithful, seekers of knowledge, mystics and teachers to the fact that when one’s heart gets detached from remembrance of the Lord, is consumed in the worldly pursuits and is no more beholden to piety and Shariah, it is called as ‘dead heart’. 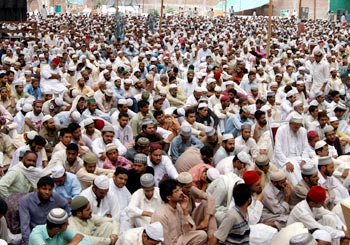 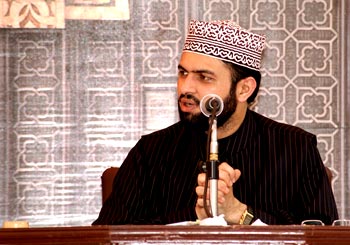 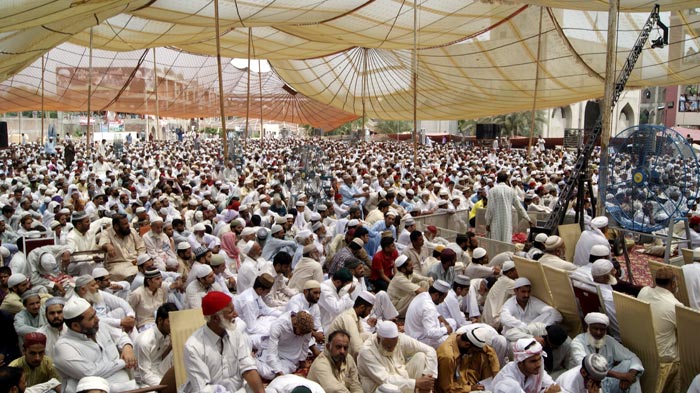 He said that the places where light of knowledge is being spread and the gnosis of Allah is being distributed among the seekers are the ones where dead hearts are brought back to life. He said that when one makes up one’s mind to explore the world of spiritualism as a seeker, one needs to find and join the company of the Friends of Allah as Yusha bin Nun was given the company of Hazrat Musa (A.S.) in the holy Quran. He said that it has been reported in a tradition that it was a 40-day journey full of challenges and difficulties where even water and Allah’s other blessings etc were not present. There was no revelation for first 30 days as well. Both Hazrat Musa (A.S.) and Yusha bin Nun were on their way towards their destinations. The former was in search of Hazrat Khizar (A.S.), while the latter was looking for his spiritual mentor. Both were headed in the same direction.

Dr Hassan said that this journey continued for 30 days and according to some traditions it was 40-day journey. Yusha bin Nun was carrying a fried fish for his mentor. Both continued to travel without eating anything for 30 days. There were no signs of fatigue. Both were quite fresh. While Yusha bin Nun was taking rest, the fish became alive and hopped into ocean. Suddenly, Hazrat Musa (RA) asked Youshey to give him the fish that he was carrying so that they could eat it. Now the question arises here that while traveling for 30 odd days, they did neither feel hungry nor thirsty and kept on traveling without any problem and then suddenly they felt hunger. 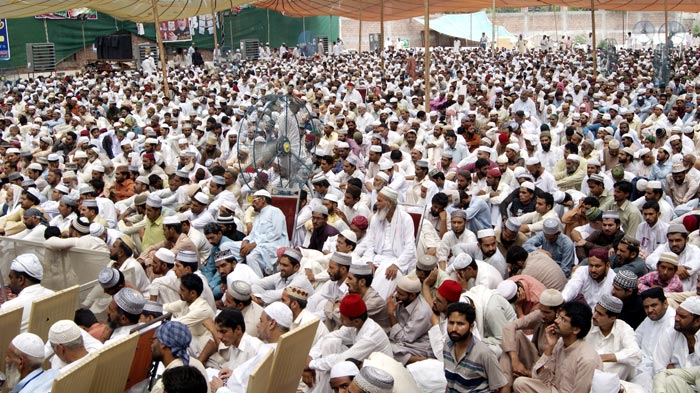 Dr Hassan Mohi-ud-Din Qadri said that the secret here is that they were engrossed in search of their destination and did not let other preoccupations to impede their march and when they lost sense of their destination, they got distracted. What one learns from this is that when one has his spiritual mentor in front of oneself, one remains single-minded and steadfast without being affected by anything else. He said that this is the path to spiritualism.

He said that another thing that becomes sufficiently manifest is that at a place where the pious live, their blessings do not let seekers get tired up. He said that the participants had come to Itikaf City as seekers in search of blessings and training.