The greatest event of the history of Pakistan has begun to “Save State, not Politics”

The proceedings of the biggest public gathering in Pakistan’s history got underway with the recitation of the Holy Quran followed by Naat at 8 a.m. The hundreds of thousands of people have reached Minar-e-Pakistan for participation in the grand public reception. The lush green and vast grounds of Minar-e-Pakistan have become full of people. The caravans of participants from Lahore, Faisalabad, Gujranwala Divisions, Sheikhpura, Kasur, Pattoki, and other adjoining cities are on their way to the main venue. All the four sides of Minar-e-Pakistan have been declared as the venue in view of millions of people coming in the public meeting. 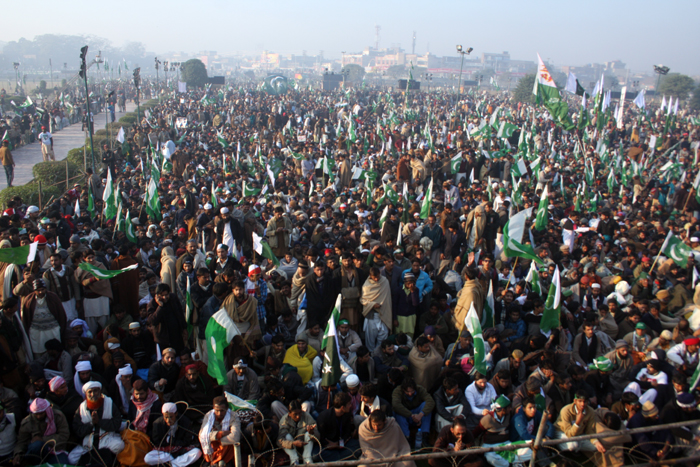 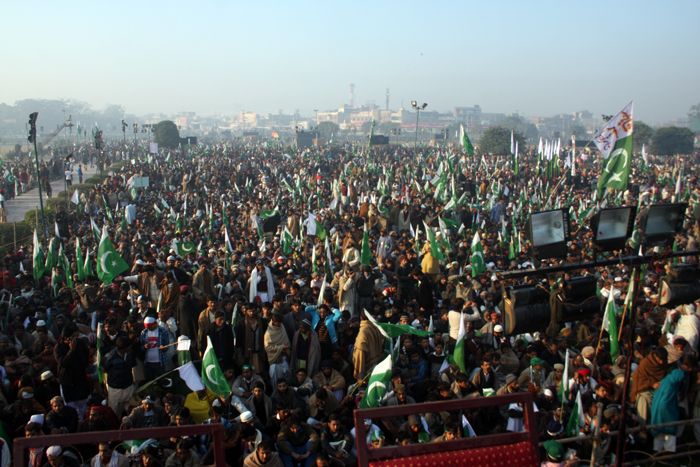 The process of arrival of respected guests belonging to different political and religious parties continues. Thousands of chairs have been placed on the central stage with different enclosures clearly marked. It is a representative gathering consisting of all segments of society including politicians, religious scholars, lawyers, educationists, bureaucrats, intellectuals, labour leaders, showbiz and sports stars etc.

The lacs of participants are taking part in the grand public reception with zeal and zest. The millions of Pakistani flags are fluttering across the vast expanse of Minar-e-Pakistan. It is the unique event in which the thousands of national flags have been brought to a public meeting. 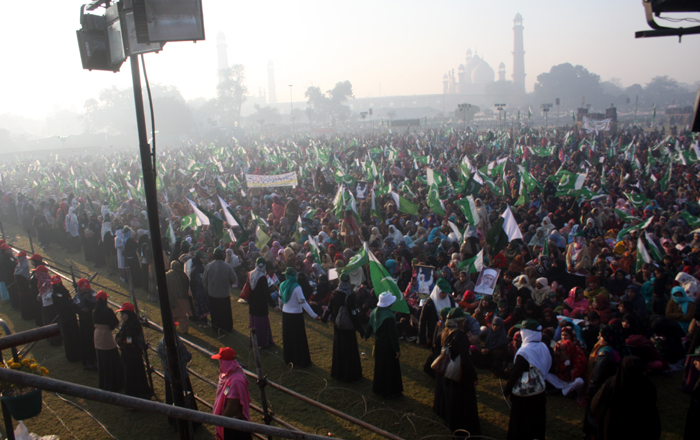 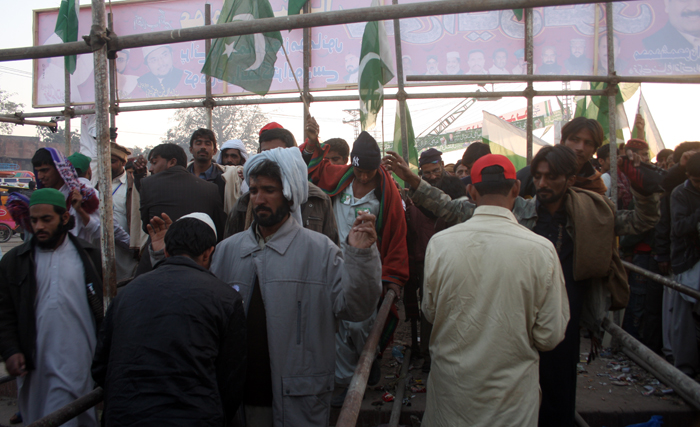 Stringent security arrangements are in place in and around the venue. Security emergency has been declared in the relevant areas. The high officials of law enforcement and intelligence agencies, police and local administration are continuously monitoring the situation along with their teams. Searches are being conducted with sniffing dogs. The volunteers of Minhaj Youth and Women League are also deputed in the venue.

Special train reached Lahore from Karachi on evening of Saturday in which thousands of men and women arrived in Lahore and are now part the grand public reception at Minar-e-Pakistan. The participants were carrying national flags and reached the venue in the form of a procession.

Women are pronounced part of millions of people who have come to extend historic welcome to Shaykh-ul-Islam Dr Muhammad Tahir-ul-Qadri. These women have come with their kids. The passion of children is worth watching.

Sound system has been installed on the roads leading to Minar-e-Pakistan such as Shahdra, Station, and Secretariat and these roads have become part of grand public reception. All roads leading to Minar-e-Pakistan and Yaadgar chowk have been blocked with containers in view of security of the venue and participants. An alternative traffic plan has been worked out for facilitation of traffic. 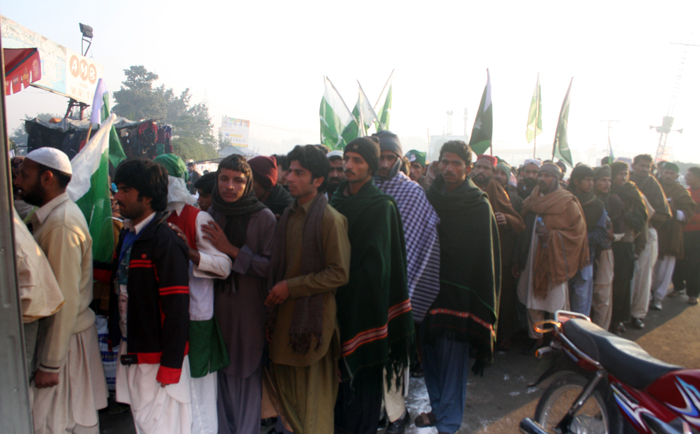 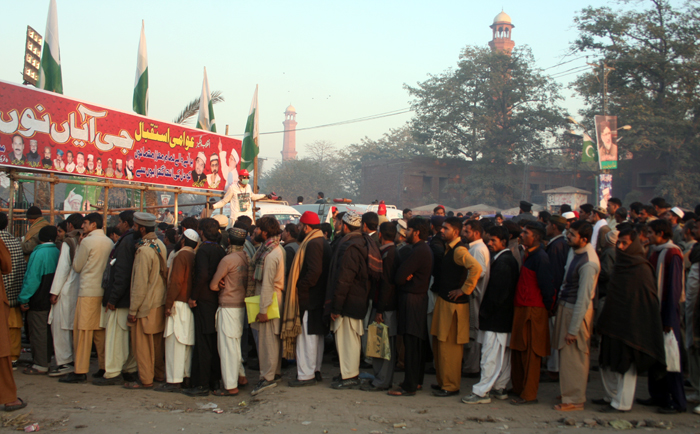 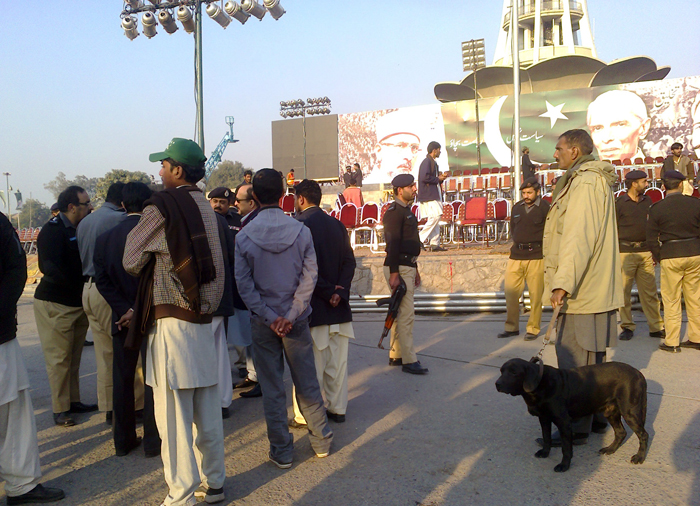 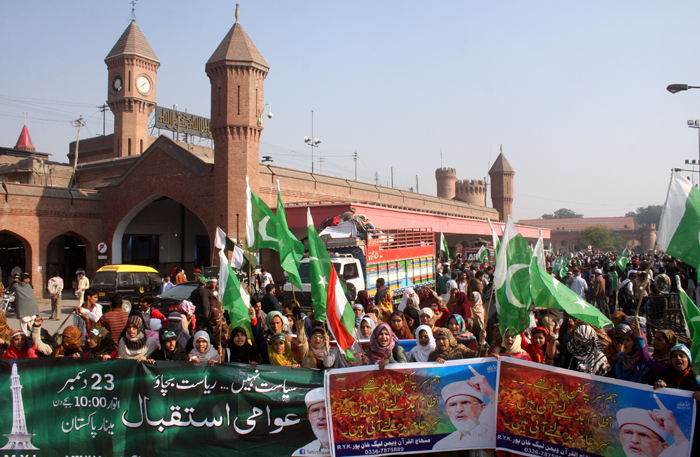 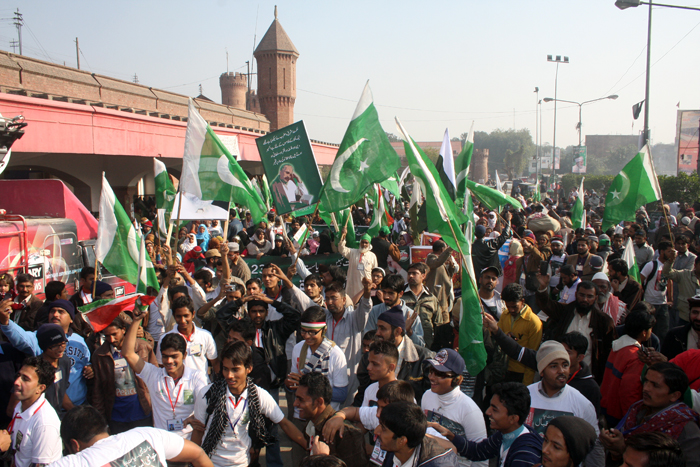 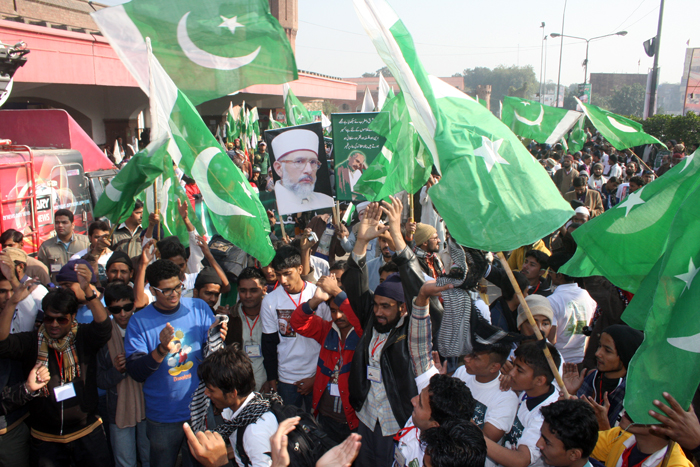 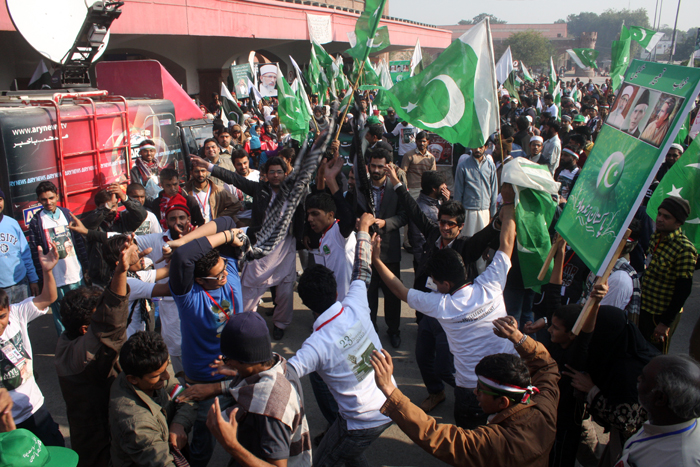 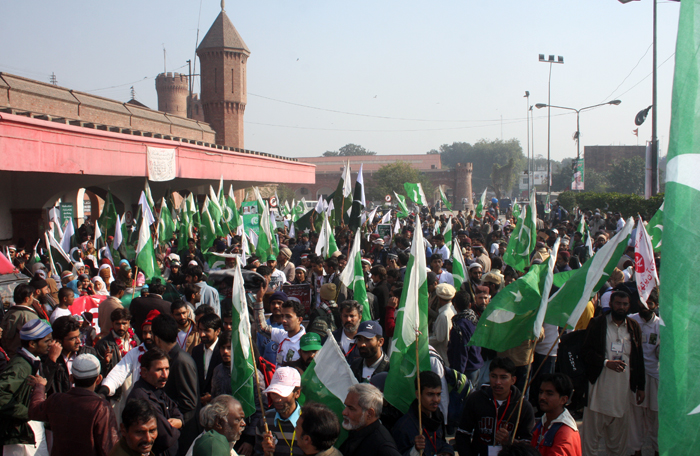 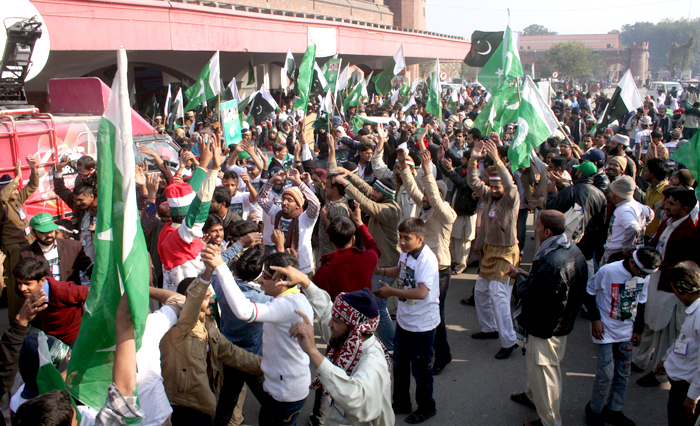 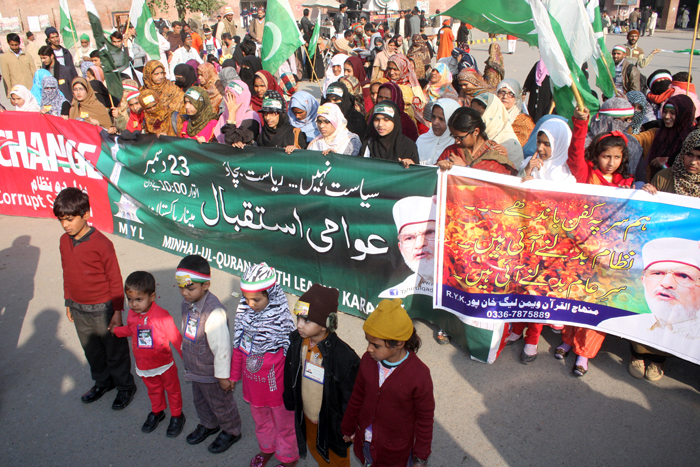 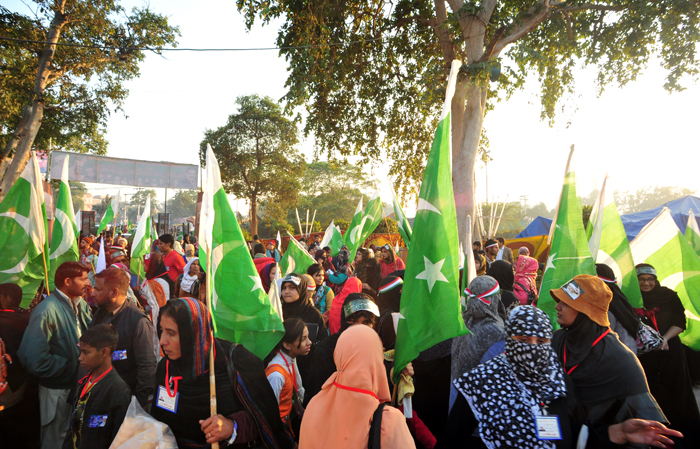 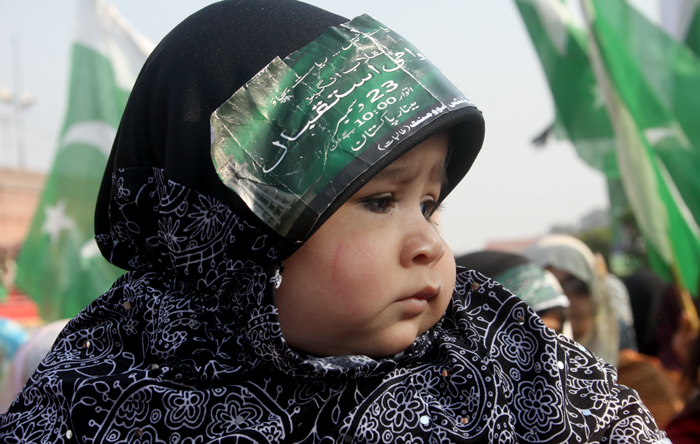 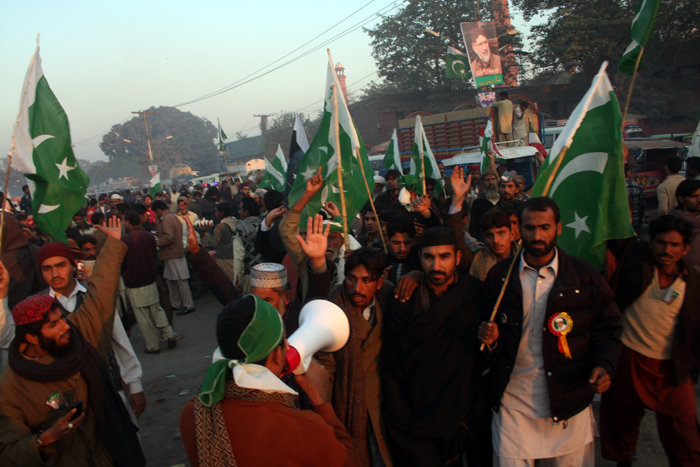 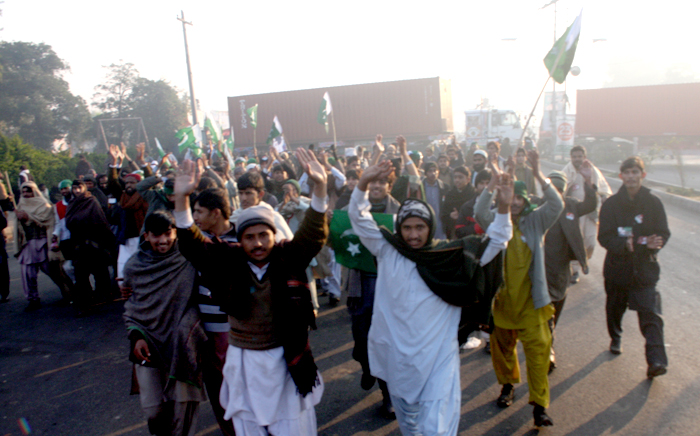 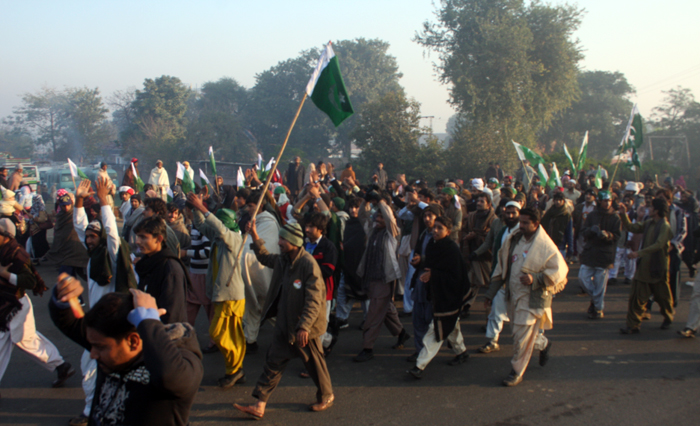 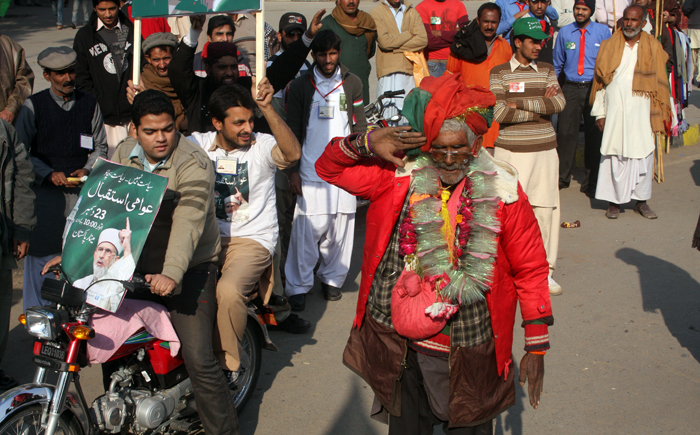 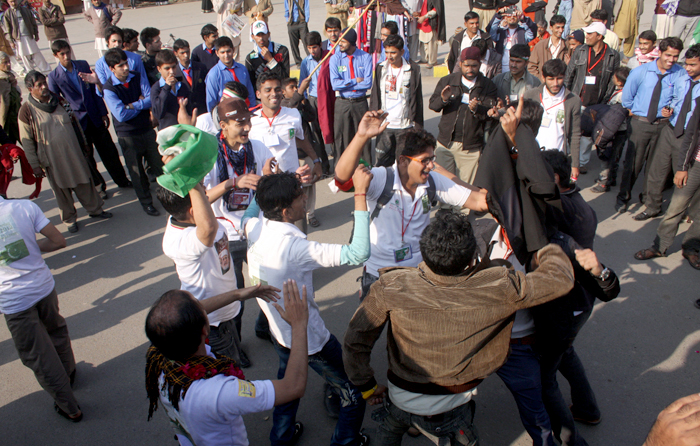 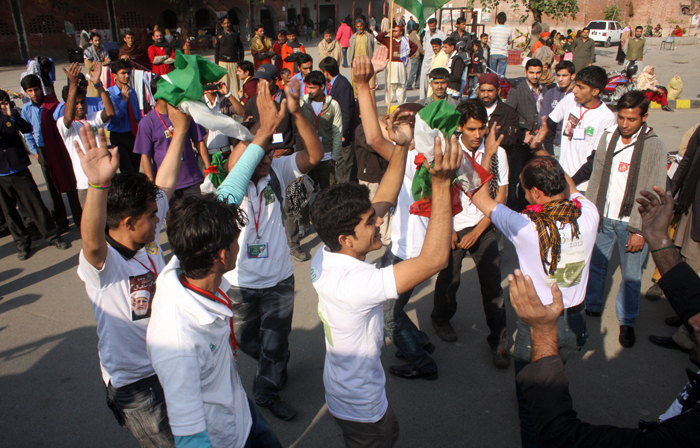