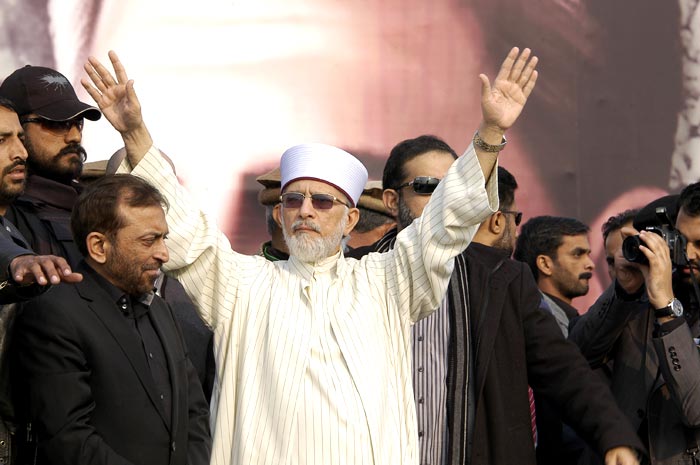 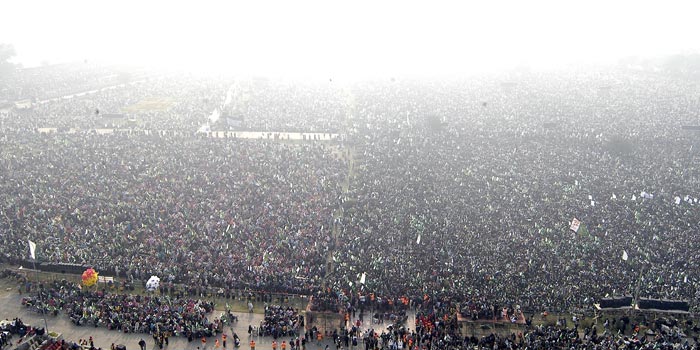 Addressing a mega public gathering of millions in the history of Pakistan at historic Minar-e-Pakistan under slogan “Save State, not Politics”, Shaykh-ul-Islam has demanded that electoral system must be in accordance with the clauses of the Constitution by January 10, otherwise they would march towards Islamabad.

He said that he has no plan to support military takeover in Pakistan, adding that he will be the first one to oppose if such intervention ever made. He said that he had not come to Pakistan on any national or international agenda. “I am not against democracy but announcing agenda against the current political system.”

Before commencing the speech formally, Shaykh-ul-Islam took oath in front of millions of the participants that there are no foreign elements or agencies involved behind this great event, adding that only the followers of MQI supported financially to hold such large gathering. Shaykh-ul-Islam said that he did not have any agenda to cancel upcoming elections but to make electoral reforms that guarantee fair and transparent polls. 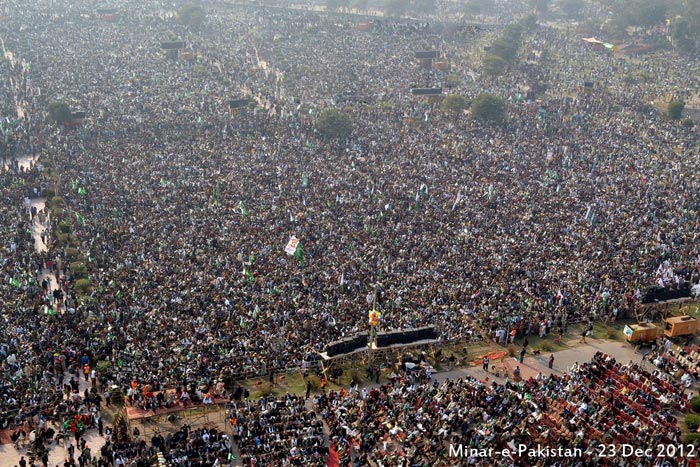 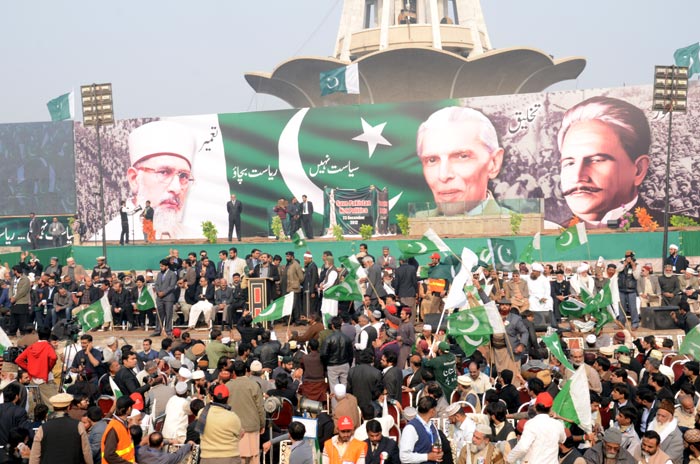 Shaykh-ul-Islam said that foreign actors wanted to destabilize the country, adding that the actors were being involved in Karachi unrest. System of exploitation and oppression will be ended in a peaceful manner. Shaykh-ul-Islam criticized the current federal and provincial governments and other political parties. “Majority of the politicians in the country do not pay their taxes,” he said. “Politicians just remember the single article of the constitution about elections in 90 days. They forget all other articles,” he said.

“I am not to postpone elections but to make it as per constitution of Pakistan,” he said and added that a time of more 90 days could be taken for amelioration. “Our elections will not be constitutional until we follow all clauses of the constitution.”

“Struggle is never a bed of roses, however our struggle will always be peaceful…we reject violence,” Shaykh-ul-Islam told the cowed.

Prior to his address, Shaykh-ul-Islam also expressed his condolences to the family of Bashir Ahmed Bilour, the leadership of the ANP and the people of Khyber Pakhtunkwa over the assassination of the senior minister. 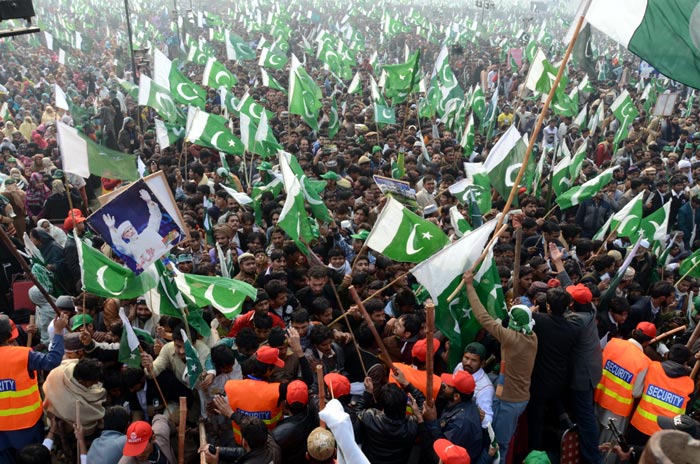 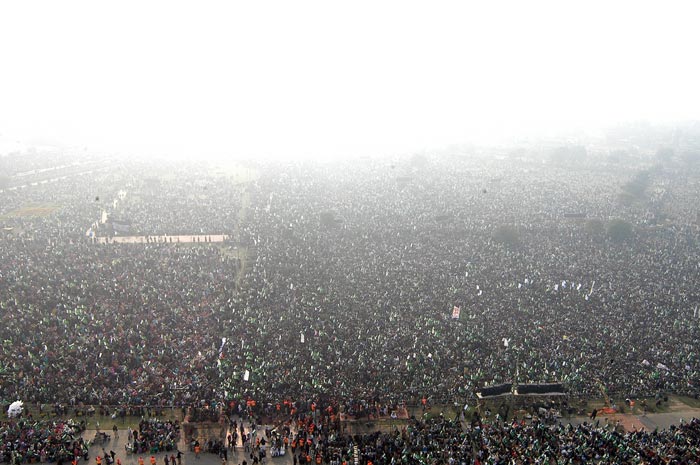 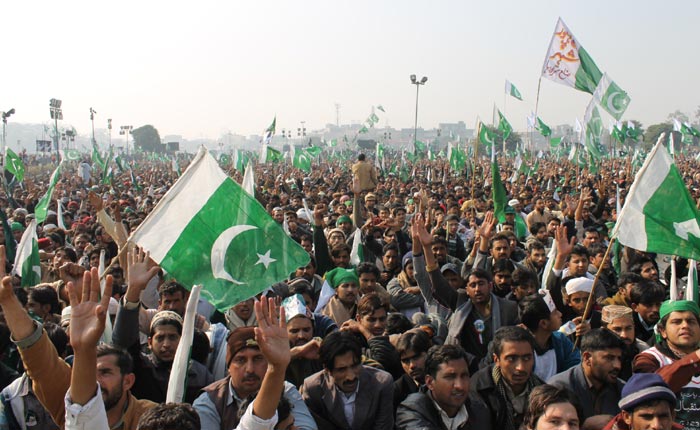 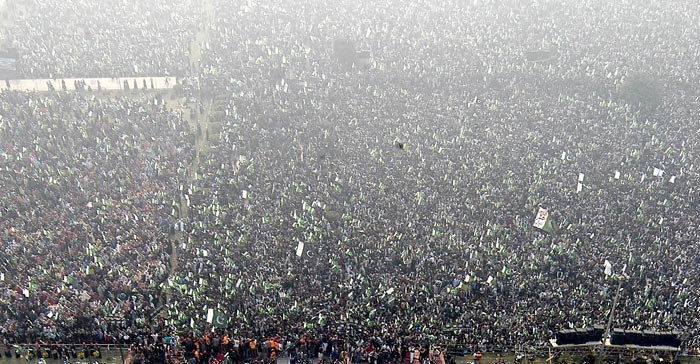 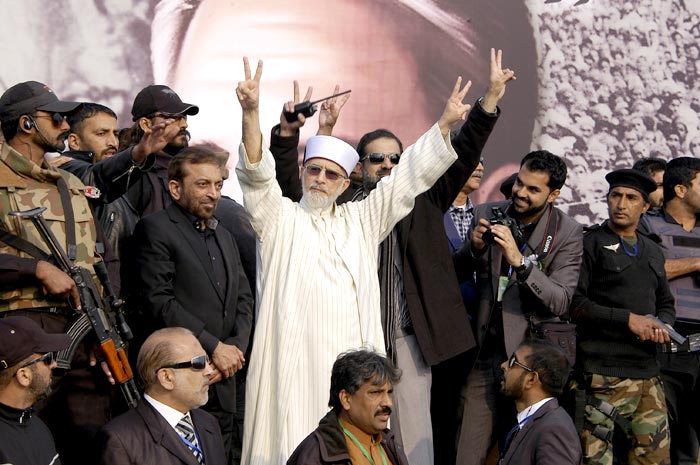 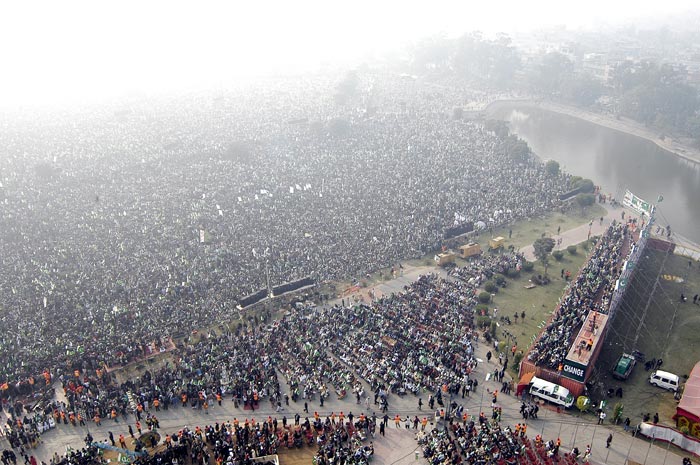 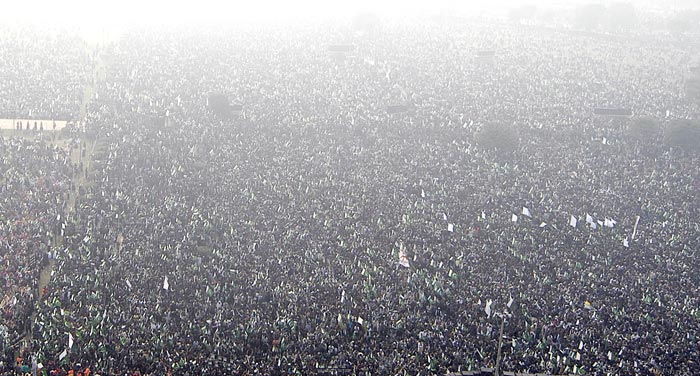 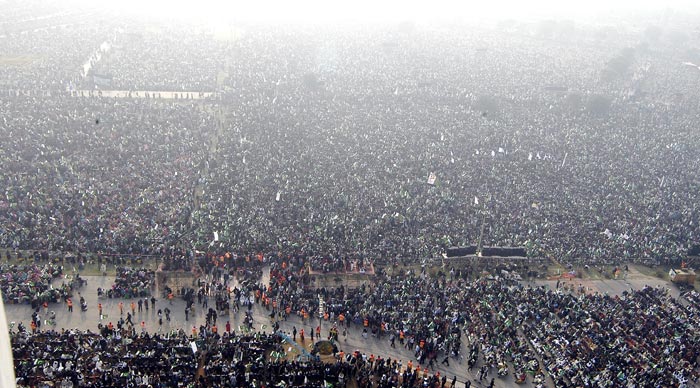 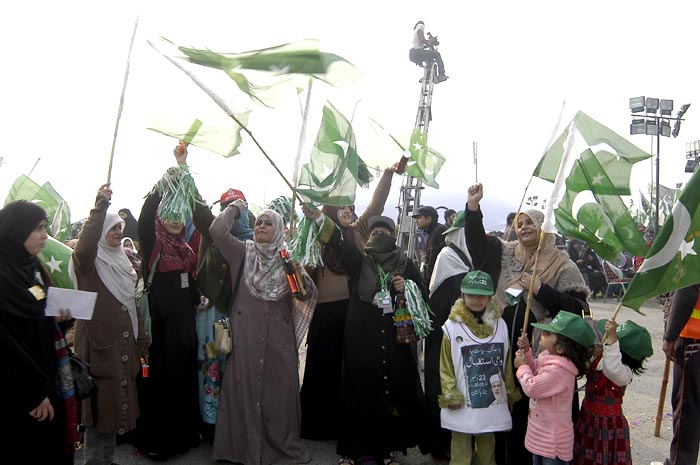