Tahirul Qadri vows not to let democracy be derailed 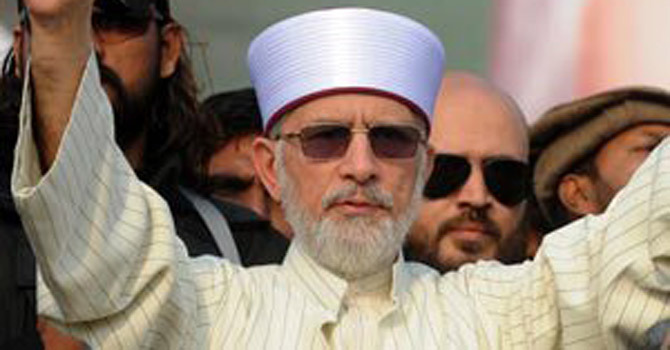 LAHORE: Dr Tahirul Qadri assured on Monday that his party would not let democracy be derailed, a week before the Tehrik-i-Minhajul Quran (TMQ) plans to march onto Islamabad.

Moreover, he added that his party did not wish to postpone the general elections.

The TMQ chief has vowed to lead at least two million people to Islamabad, warning that half might turn towards Lahore if the march is obstructed. The controversial rally has already been challenged in two petitions in the Lahore and Islamabad high courts.

Speaking at a traders’ convention on Monday, Qadri said that ‘thieves, plunderers and burglars’ should be in jail instead of the parliament, adding that they had built palaces over the ruins of houses of the poor.

Qadri also said the government was using the state machinery in an attempt to impede his long march on Jan 14.

He told the administration not to follow any ‘unlawful orders’ from the government, urging government employees to also join him in the long march.

The All Pakistan Traders Association also announced their support for Dr Tahirul Qadri.