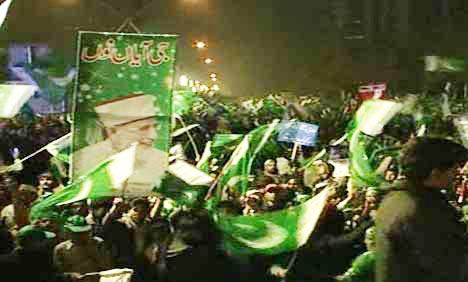 A large number of people have gathered at Jinnah Avenue to welcome the Long March into Islamabad.