Tahirul Qadri : ‘I am against military law’

Populist cleric and anti-corruption campaigner Tahirul Qadri promised a million-man march to Islamabad to provoke a Tahrir Square revolution in Pakistan, but after four days he made a deal with the government.

He told HARDtalk's Zeinab Badawi he rejected allegations that he was a tool for the military, saying he was "against martial law… pro-human rights and pro-democracy".

He added that he had achieved the maximum that was possible through peaceful means. 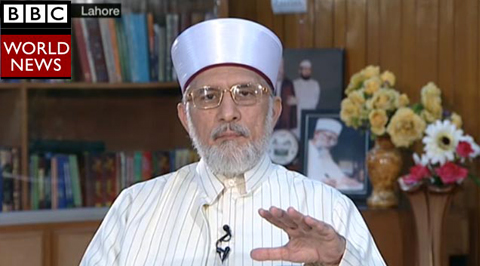