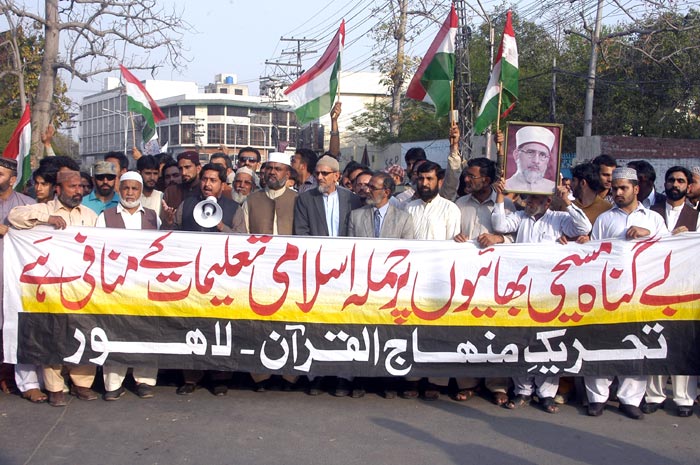 The hundreds of workers belonging to Pakistan Awami Tehreek and Minhaj-ul-Quran International took out a demonstration to protest acts of vandalism and setting the houses of Christian community ablaze in Joseph Colony in Punjab. The protesters expressed their solidarity with the members of Christian community and said that these acts were a blot on the face of the country. They dubbed the incidents as a grave conspiracy to undermine the cosmopolitan, multi-cultural and plural character of the Pakistani society.

Addressing the participants of the demonstration, G.M. Malik, Coordinator of Muslim-Christian Dialogue Forum and the Director of Foreign Affairs of MQI, said that the thousands of members of MQI living in 90 countries of the world were hurt by the acts of vandalism and condemned them in the strongest possible words. He said that their hearts bled at the sight of demolished and torched houses of Christian brothers and sisters. He said that attack on the Christian community was an attack on the basis of Pakistan and constituted an insult to the people of Pakistan. 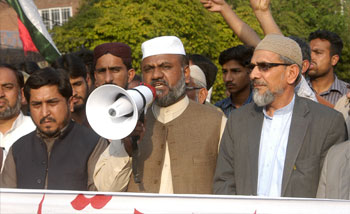 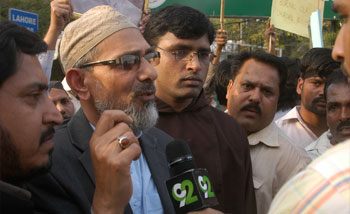 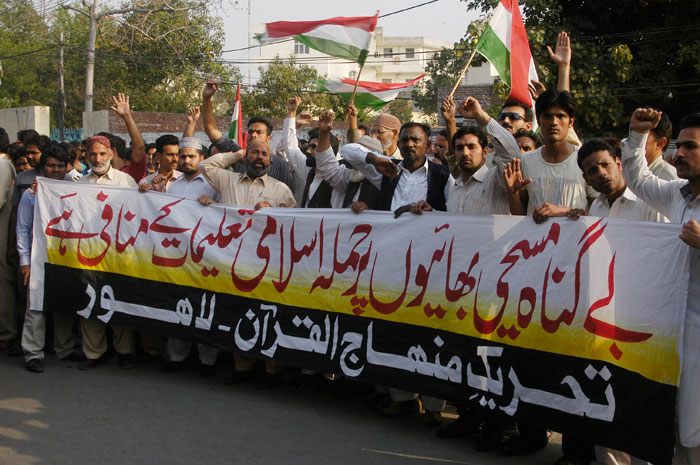 G.M. Malik said that the federal and provincial governments had lost their writ as things were getting beyond their control and committed criminal neglect in failing to stem the tide of violence in Joseph Colony of Lahore city. He said that the mission of interfaith harmony, peace and dialogue that Dr Muhammad Tahir-ul-Qadri launched 32 years ago had expanded and truly become a global in nature. He said that the non-Muslims considered Dr Qadri as Ambassador of Peace and Human Development due to his exemplary services in these domains.

The protesters also continued to chant slogans in favour of Dr Tahir-ul-Qadri eulogizing his services for promotion of interfaith dialogue and friendship of Muslim-Christian friendship. Some of the Christian youth chanted slogans against the government of Punjab for its failure to take timely action to save the Christians from this oppression. 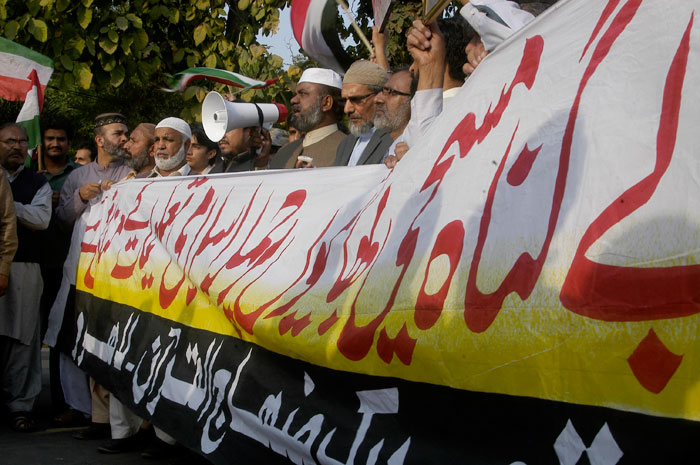 G.M. Malik further said that the Holy Prophet (SAW) conferred equal rights on the non-Muslims and no one could snatch these rights from them till the Day of Judgment. He demanded of the government to apprehend those involved in this heinous crime and mete out exemplary punishments so that no one should dare repeat such abhorrable and heart-rending incidents.

In his speech on the occasion, Irshad Tahir, head of MQI Lahore, said that those who failed to secure the lives and property of the minority communities had no right to stay in power. He said that there was a clear method to madness when the police was used to get the benighted colony vacated so that miscreants and the vested interests could act upon the script and put their houses on fire. He said that it was the worst incident of wrong-doing by police. He further said that an alleged act of blasphemy committed by an individual could not be used as an alibi to punish an entire community. It was both immoral as well as un-Islamic. He asked the members of the Christian community to stay cool and refrain from damaging public property in protest. He also demanded of the Punjab government to compensate for the damage suffered by the Christians. He said that the Christians and other non-Muslims were part and parcel of Pakistani societal fabric and contributing to national development. 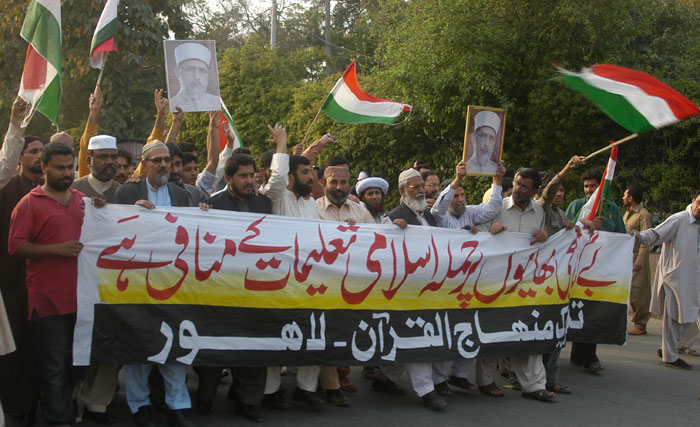 Addressing the protesters, Afzal Gujjar, President of PAT Lahore chapter, said that the attack on Christian community was an attempt at disfiguring the face of Pakistan. He asked the people to protect their non-Muslim brothers and sisters. He said that this sorry state of affairs was the result of fraudulent system currently in place in the country. He said that there was a need of joining hands with Dr Tahir-ul-Qadri in the upcoming public meeting on March 17. He said that Dr Qadri was waging a war for restoration of rights of the Muslims and non-Muslims. He said that PAT’s struggle was for the same purpose. Hafiz Ghulam Farid, Secretary General of PAT Lahore chapter, also spoke on the occasion. 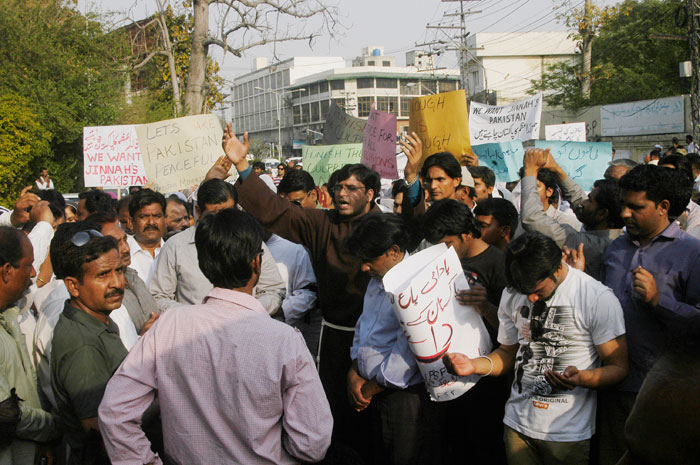