Elections should be held on May 15 to ensure 14-day scrutiny: PAT

President of Pakistan Awami Tehreek Dr Raheeq Abbasi has said that the elections should be held on May 15 to make way for the pre-poll scrutiny of the candidates within 14 days. He asked the government to convene an assembly session for approval of ROPA Amendment Bill, adding that the President should sign the bill into law. He said that the government’s delegation and Federal Minister for Law and Justice promised to fix 14-day scrutiny period during their media interaction after holding a meeting with Dr Tahir-ul-Qadri. He said that the ECP continued to shift its stance which created doubts. 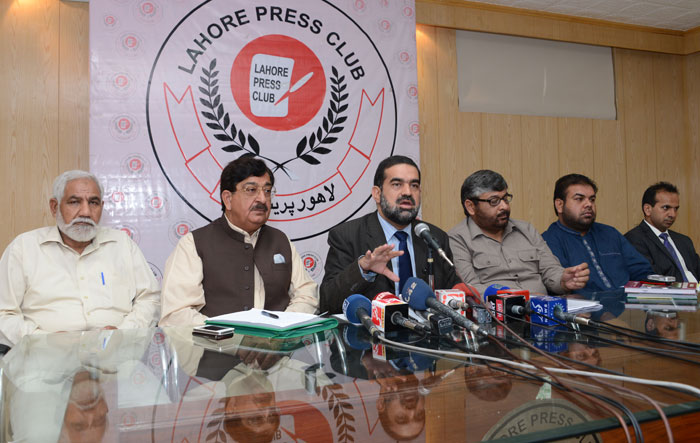 Dr Abbasi asked the ECP not to compromise on reducing the scrutiny period less than 14 days, otherwise the looters and plunderers would return to power. He said that the Election Commission had complete authority to formulate rules in order to ensure 30-day scrutiny and all other important matters contained in the Islamabad Long March Declaration. He said that clause 3 of ROPA vested the Election Commission with the power to disqualify candidates, while Articles 62 and 63 dealt with qualifications and disqualifications respectively.

PAT President said that more than 14000 candidates applied with the Election Commission in 2008. Their degrees should be got verified and those found having fake degrees should be declared ineligible. He said that this should be applicable to candidates of 2002. He hailed the ECP’s decision to proceed ahead with printing of new nomination forms but added that it should not backtrack from this stance.

Dr Raheeq Abbasi said that getting the Supreme Court’s judgment of June 08, 2012 implemented in letter and spirit was the foremost responsibility of the Election Commission. He said that clause 3 of Article 218 authorized the Election Commission to hold fair, free and transparent elections and frame rules for the same purpose. He said that the apex court interpreted in sufficient words that the ECP had the power to frame rules of all kinds to hold fair and free elections as per law and purge the electoral exercise of corrupt practices. He said that the SC gave a full mandate to the Commission to formulate necessary rules.

He asked the Election Commission not to look up to the government for framing of rules. He said that if the office holders of the ECP did not have the courage and competence to implement powers given by the Constitution, they should prefer to hand down their resignations. He said that the holding fair, free and transparent elections was the major responsibility of the Commission but added in the same breath that the steps taken so for by the ECP had created misgivings and doubts among the masses. He said that the elections held under the auspices of the toothless ECP would push the country into more chaos. He said that PAT was making people aware of pitfalls ahead as the elections approached near.