The Holy Prophet (peace and blessings be upon him) has showered many blessings on Minhaj-ul-Quran International (MQI). The chief among them is the establishment of Gosha-e-Durood in the central secretariat. It is a place on earth after the Two Holy Mosques that is dedicated to offering of greetings and salutations on the Holy Prophet (pbuh) round the clock, 24/7 and during 365 days of a year.

Gosha-e-Durood was initially established in the office of Shaykh-ul-Islam Dr Muhammad Tahir-ul-Qadri in the central secretariat of MQI. The construction of a building, which was meant to be dedicated to the purpose, was started later on. The building of Gosha-e-Durood which was named ‘Minara-tus-Salam’ was modeled on the shrine of Maulana Rum is in the final phase of completion.

It may be pertinent to mention here that Shaykh-ul-Islam Dr Muhammad Tahir-ul-Qadri laid the foundation stone of Minara-tus-Salam on the 1st of Rabi-ul-Awwal in 2006 while the construction work formally got underway on June 18, 2007 that was completed under the supervision of qualified engineers and construction experts. Suffa Hall has also been constructed alongside the main building. Inauguration of Minara-tus-Salam is expected to be performed on the 22nd August 2013. Shaykh-ul-Islam Dr Muhammad Tahir-ul-Qadri will inaugurate the special building. 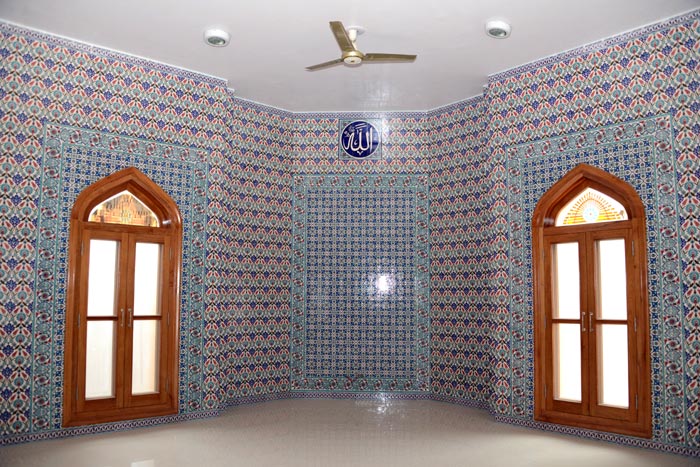 Internal view of windows that open into the eastern side of Minara-tus-Salam. The tuff tiles built inside reflect rare delicacies of art of construction. 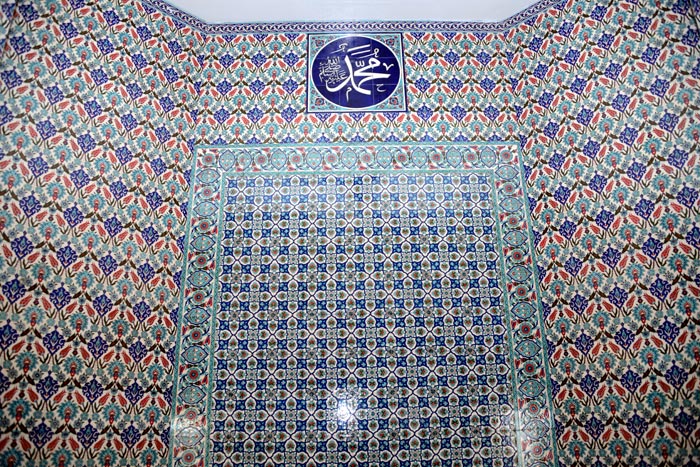 Internal angle of Minara-tus-Salam building. The name ‘Muhammad’ is manifestly clear there. 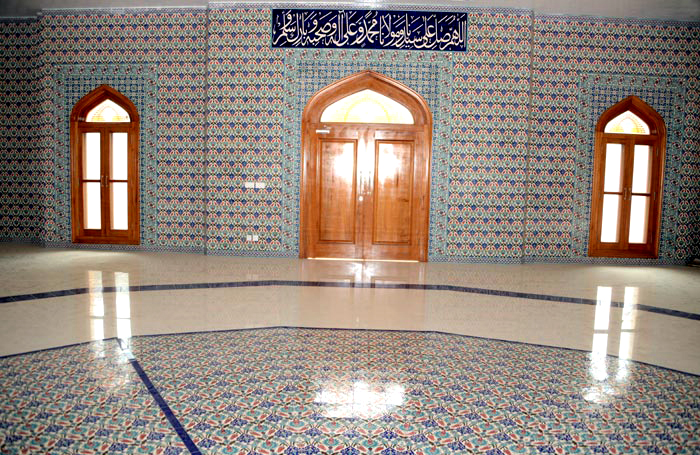 Durood-e-Minhaj is clearly discernible on the door and wall of southern side inside Minara-tus-Salam building. There are four doors and eight windows of the building. Glass and wood work has been carried out on it. 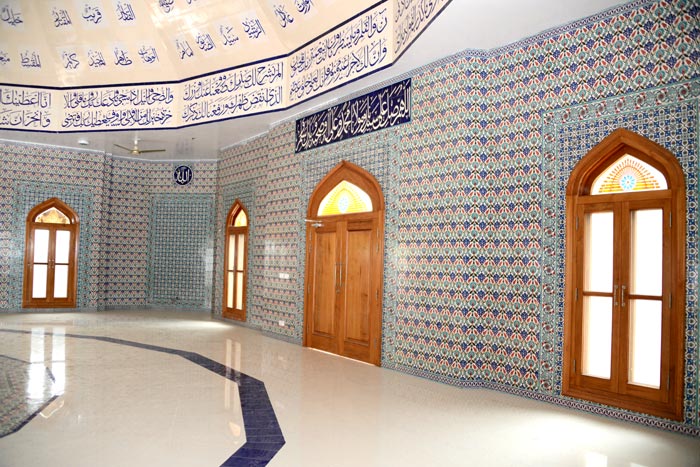 A clear view of three windows and eastern door of Minara-tus-Salam building. The Quranic verses have been inscribed on the verandas. The map of the building is a replica of the shrine of Maulana Rum, a famous Sufi and mystic.

Durood-e-Minhaj is a defining feature of the building. Shaykh-ul-Islam Dr Muhammad Tahir-ul-Qadri laid the foundation stone of Gosha-e-Durood in 2006. 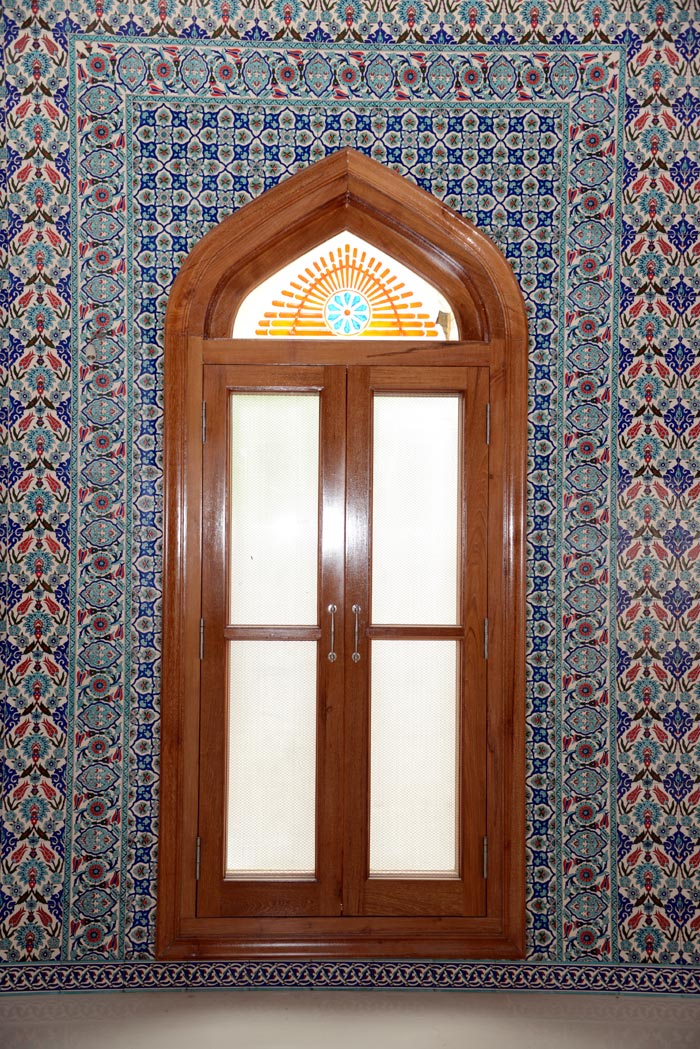 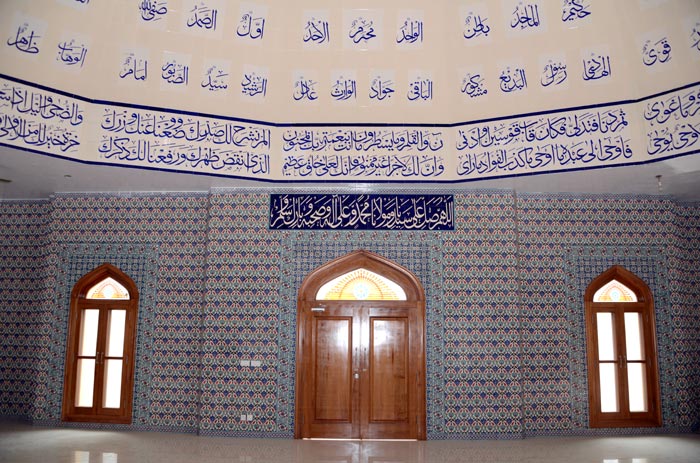 A view of western side of Minara-tus-Salam building. Beautiful Names of Allah Almighty are prominent on the roof. The building is likely to be inaugurated on the 19th of Ramadan after completion of construction work. 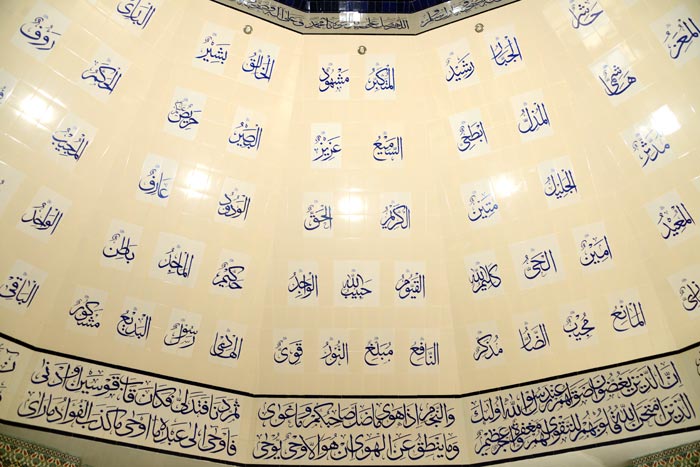 In addition to the Quranic verses, 99 names of Allah have been inscribed on the tiles. Design of the building is a throwback to an ancient Islamic art of construction. 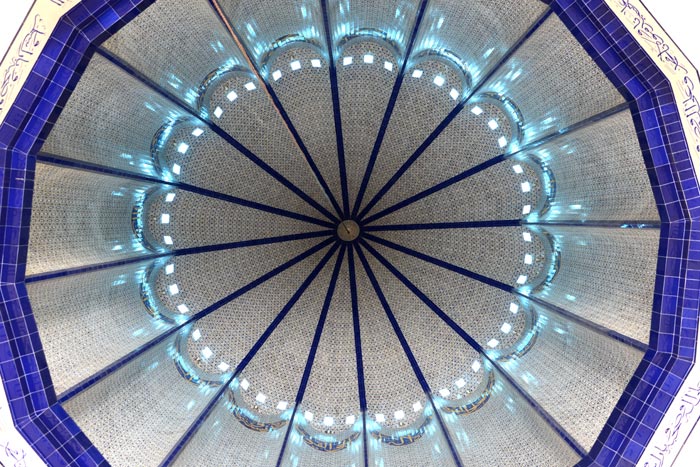 Internal view of minaret of Minara-tus-Salam. 48 sunglasses of dark blue colour have been installed inside the chandelier-looking minaret that has been constructed with stunning craftsmanship. The sun rays enter the building during day. 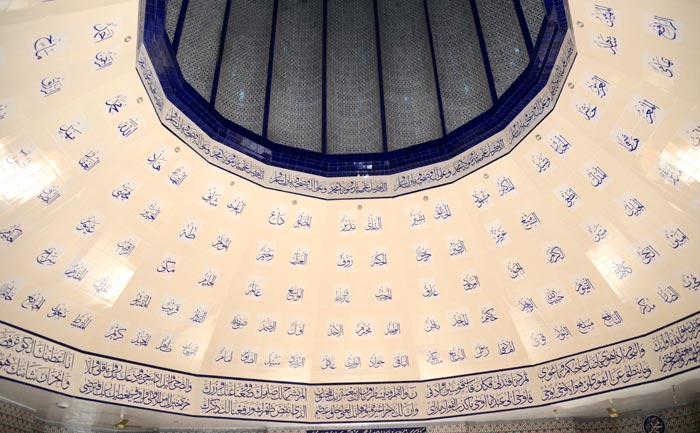 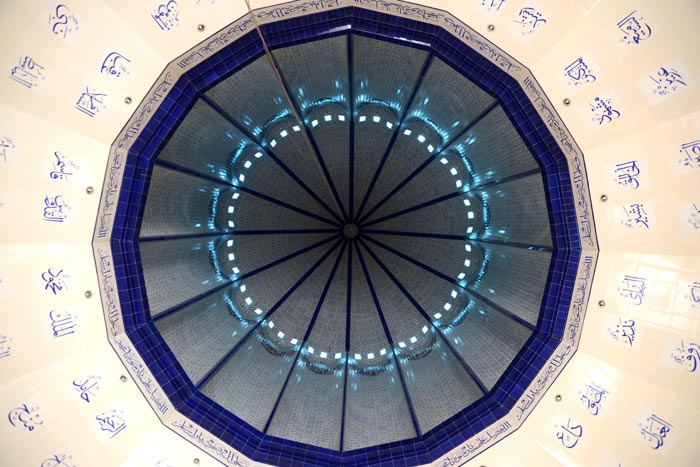 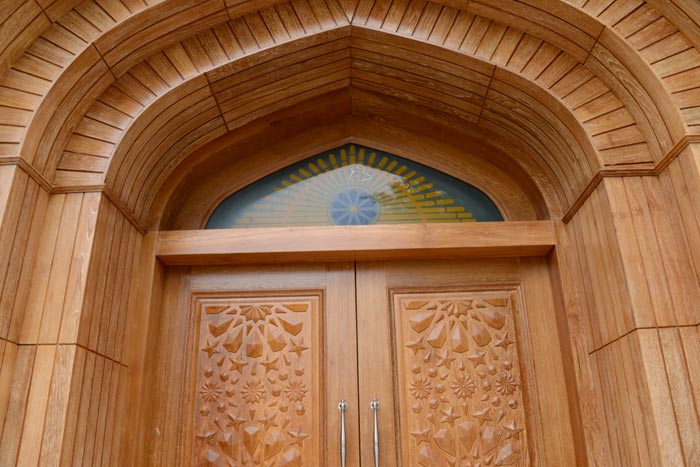 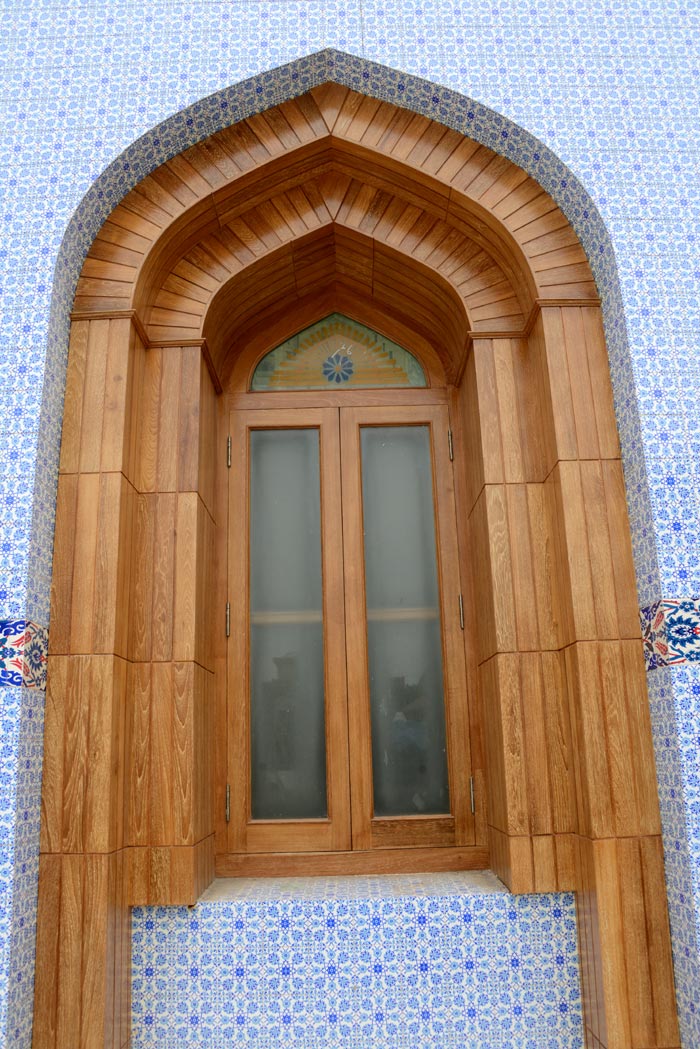