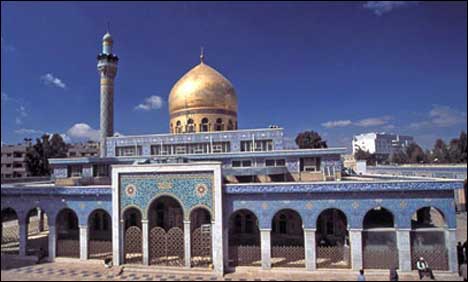 Shaykh-ul-Islam Dr Muhammad Tahir-ul-Qadri has strongly condemned the attack on the shrine of Sayyida Bibi Zaynab (RA), the grand-daughter of the Prophet of Islam (SAW). He said that those who undertook the attack on the shrine of the most revered personality of Islam could neither be Muslims nor humans. He further said that these attacks could be a conspiracy to instigate sectarian fires in the large swathes of the Muslim world, adding that we needed to be on our guard and do everything to expose such elements that were bent on attacking the holy personages and symbols of our great faith.

Dr Muhammad Tahir-ul-Qadri said that such occasions should serve to unite Muslims against all such anti-Islam forces by rising above their narrow differences and interests. He said that a handful of bigoted minority could not be allowed to dictate agenda by undermining the core Islamic values of love, inclusiveness, peace, tolerance and harmony. He said that the news of attack on the holy shrine injured the feelings of the Muslims across the world.