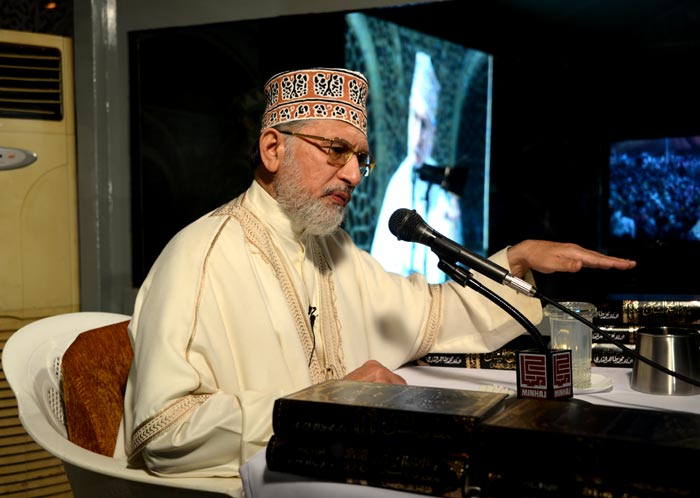 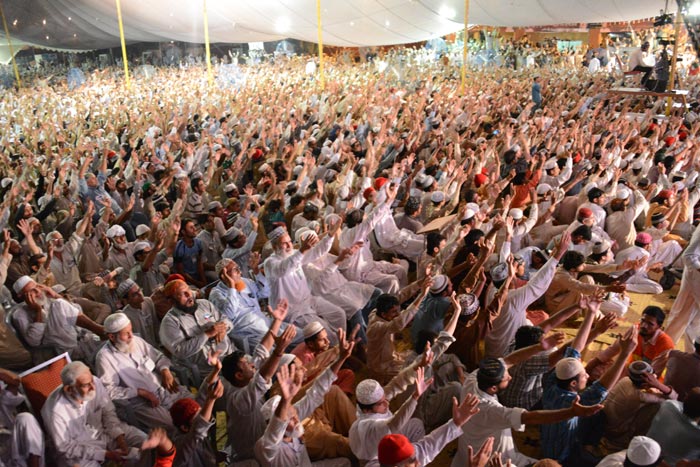 Annual Mehfil-e-Naat was held after ‘Tarveeh’ prayers in connection with the odd night (Taaq raat) at the 23rd Itikaf City of MQI on August 1, 2013. Shaykh-ul-Islam Dr Muhammad Tahir-ul-Qadri did not deliver his special address due to Mefil-e-Naat on the ‘odd night’. He, however, gave a brief talk on the occasion.

The formal proceedings of the programme got underway with the recitation of the Holy Quran. Qari Muhammad Saeedi enlightened the hearts of thousands of residents of Itikaf City with his melodious voice.

Muhammad Ali, Anser Ali Qadri, Muhammad Afzal Noshahi, and Minhaj Naat Council took part in the Naat Khawani. The participants of the Itikaf City waved ecstatically while the praises were sung in the honour of the Holy Prophet (SAW). Ahmad Mustafa Al-Arabi, the son of Dr Hassan Mohi-ud-Din Qadri and grandson of Shaykh-ul-Islam Dr Muhammad Tahir-ul-Qadri, recited a Naat in Urdu, whereas Hammad Mustafa al-Madani recited ‘Qaseeda Burda Sharif’ in the Moroccan style and a Naat ‘Ya Noor-ul-Ain’, which was greatly appreciated. 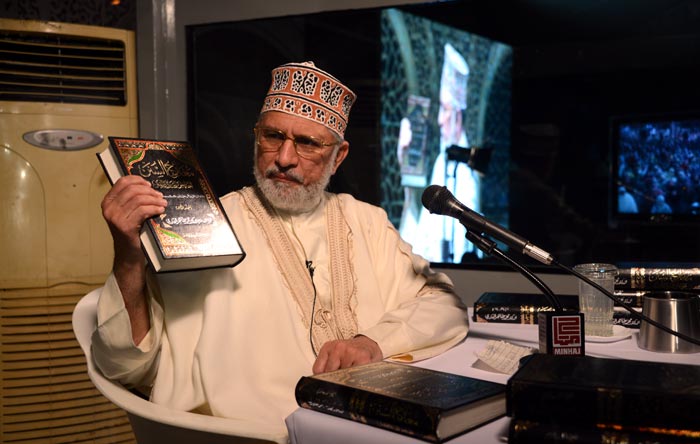 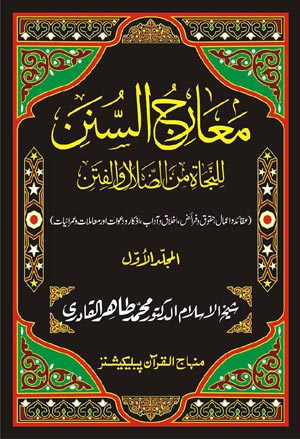 Shaykh-ul-Islam gave a brief introduction of his new Hadith books namely ‘Ma`arij al-Sunan li al-Najat min al-Dalal wa al-Fitan’. He said that it is a unique book of its kind that has been written in 1200-1300 year history of Hadith sciences in which every practical aspect of faith including creed, rituals and worships has been deduced from the Prophetic Traditions. He said that Allah Almighty has blessed MQI in the 15th century that the treasure of Hadith has been published in 8 volumes.

Shaykh-ul-Islam Dr Muhammad Tahir-ul-Qadri held the ‘Mudd-e-Nabvi’ in his hands and showed it to the residents of the Itikaf City. He told the audience that this ‘scale’ that looks like a glass of steel resembles real ‘Mudd-e-Nabvi’. The Holy Prophet (SAW) would himself drink milk from it. He would weigh and measure the wheat with it to give to the people. Its weight is about 750 ml. The Prophet (SAW) would use it to pour water while taking bath. The Companions and the people of Madina would pray to Allah Almighty to bless them through intercession of this scale. The Holy Prophet (SAW) himself prayed to Allah Almighty to bless him by holding the ‘Mudd’ in his hands.

Giving glad tidings to the residents of the Itikaf City, Dr Muhammad Tahir-ul-Qadri said that ‘one-Mudd’ water is poured in every big pot of food at the time of Sehr and iftar during Itikaf. He said that its weight is one quarter short of one kilogram. He told that the real ‘Mudd-e-Nabvi’, which remained in the use of the Holy Prophet (SAW) was treasured as relic at an Istanbul Palace in Turkey. The Turks had taken it with them with a view to protecting it.

Allama Ghulam Murtaza Alvi and team of Directorate of Dawa conducted the proceedings of this programme. Mehfil-e-Naat came to an end close to 3 a.m. PAT President Dr Raheeq Abbasi made the Dua for peace and national progress. 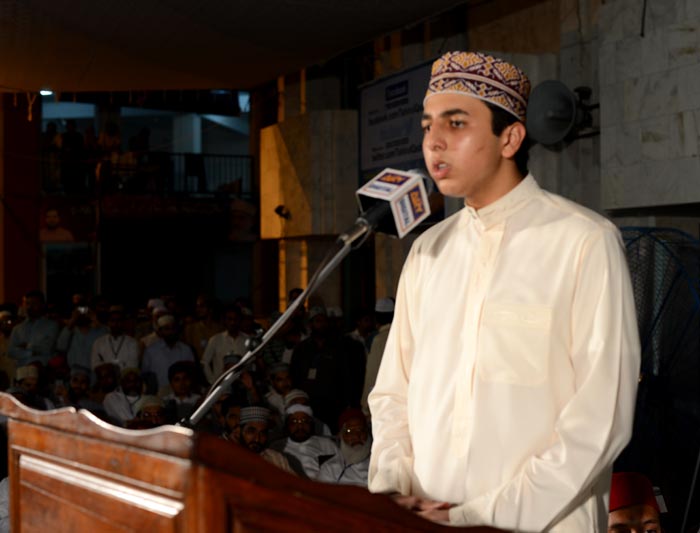 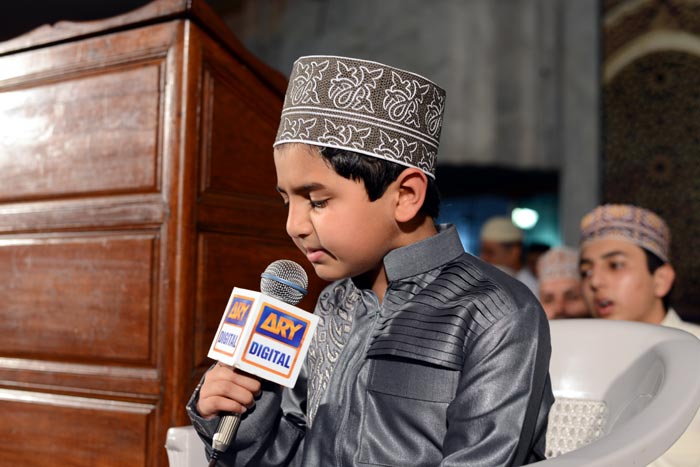 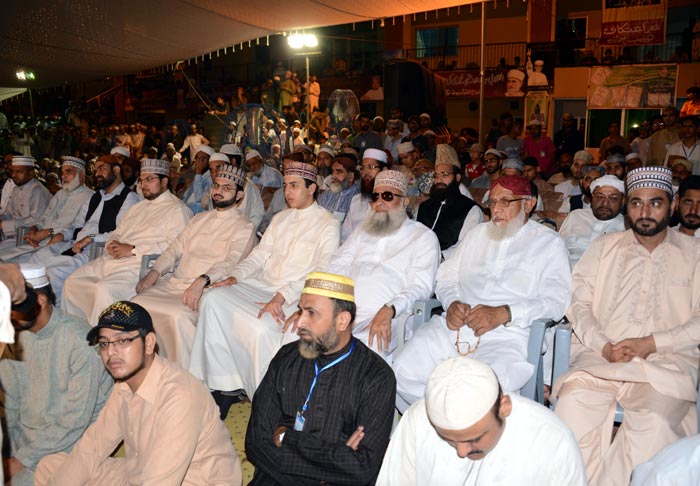 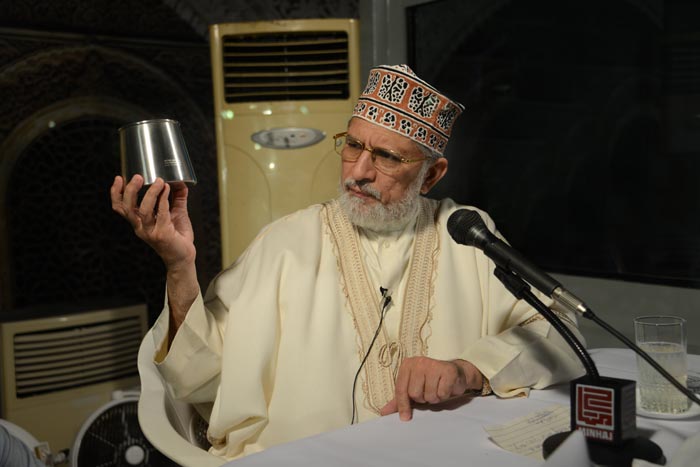 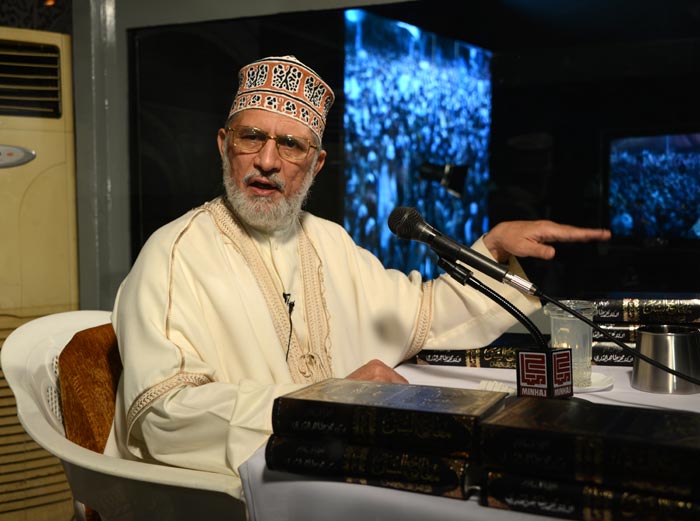 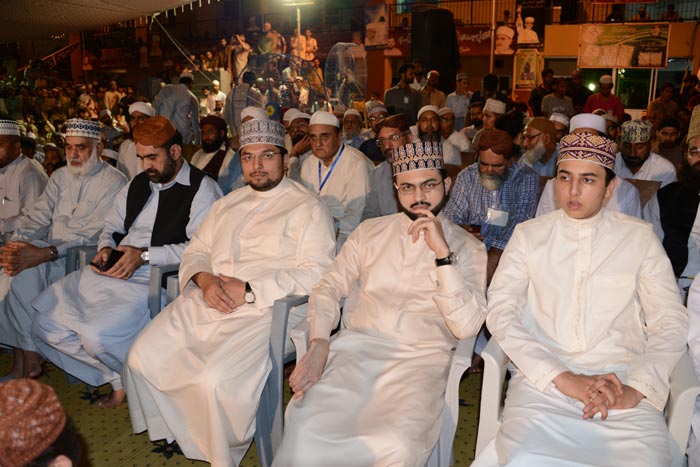 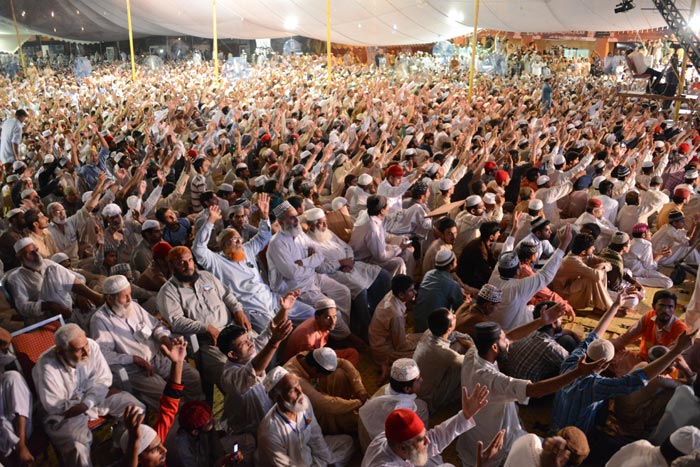 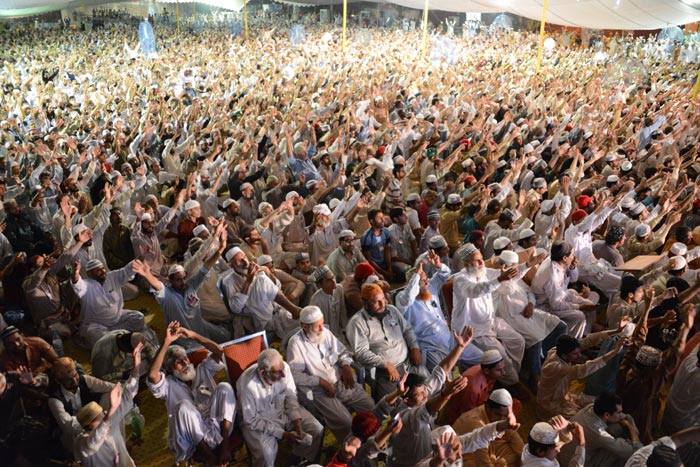 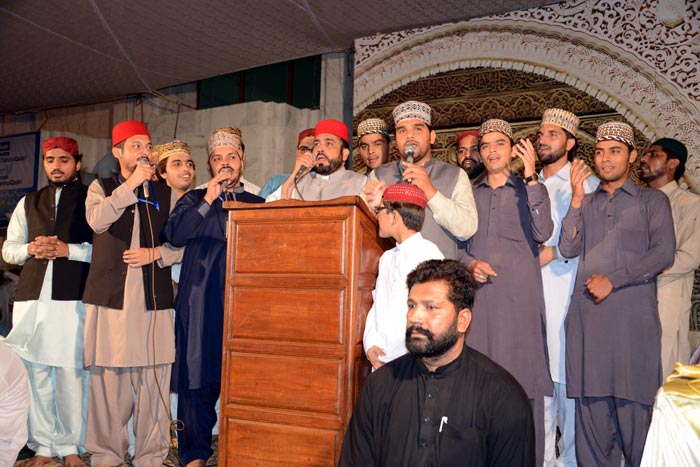 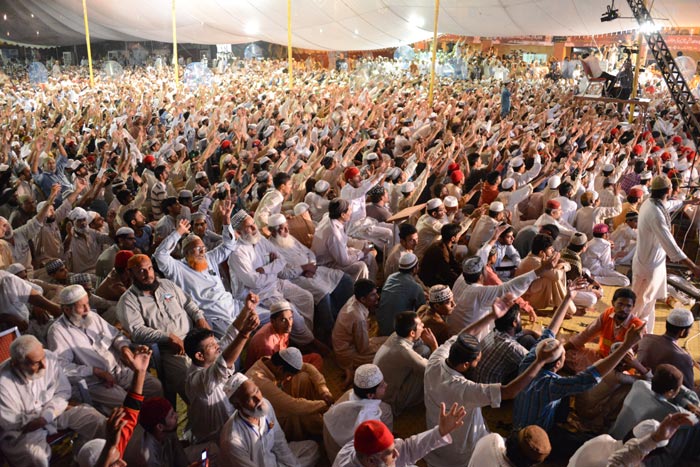