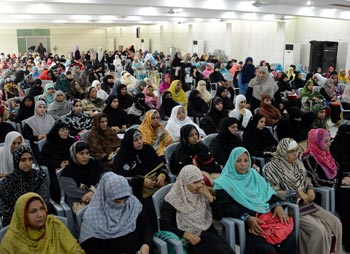 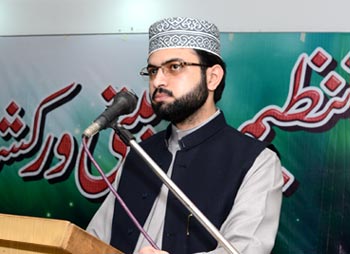 Addressing an organizational and training workshop held under the banner of Minhaj Women League, Dr Hassan Mohi-ud-Din Qadri, Chairman of MQI’s Supreme Council, has said that the revolutionary agenda of Dr Tahir-ul-Qadri is not the product of the present age. It rather dates back to 1972 when even MQI had not come into being nor were there any MQI workers. Dr Qadri conjured up the broad contours of the revolution at that time.

Dr Hassan Mohi-ud-Din Qadri said that 400 women attending the workshop were not merely 400 individuals but 400 families. He said that when a woman resolved to do something, no power of the world could stop her from achieving it. He said that women were in the forefront of struggle for peace and democratic change and would not rest till they achieved their objective. He felicitated the MWL Lahore chapter on holding this prestigious workshop.

Speaking on the occasion, central Secretary General of MWL Ms. Razia Naveed said that service of humanity, their education and training is the mission of the Prophets. She said that their mission is a mercy for the mankind. Islam is a religion of welfare and wellbeing. Those from among the men and women who work for the promotion and propagation of Islamic faith in fact work for welfare of the humanity. Those who fear Allah get the right path to tread on and those who perform pious deeds earn Allah’s forgiveness. Those who disfigure the basic teachings of Islam and put self-styled interpretation on them to suit their vested interests should be held accountable through arguments and informed discourse. Minhaj-ul-Quran Women League is preparing a team of enlightened scholars that should be instrumental in promoting correct concepts of Islam in the world. 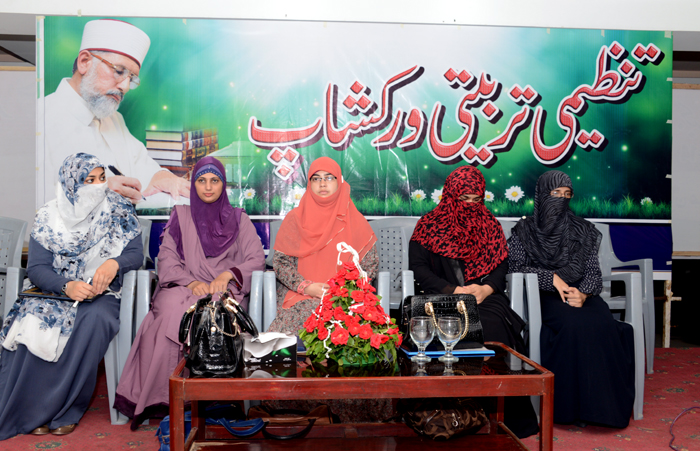 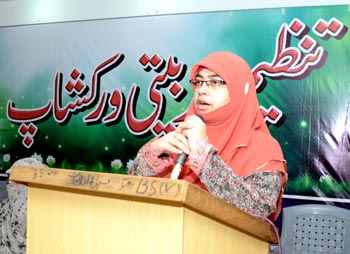 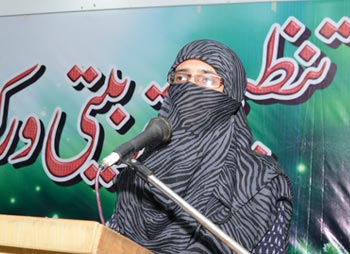 Ms. Naveed said that if our people became aware of the need to struggle for reformation of our succeeding generations, the Pakistani society could become one of the best modern, moderate, and welfare society in the world. She said that a society where dispensation of justice was an exception and not a norm could not last long. She said that incidents of rape of innocent girls including minors painted a horrible picture of decaying values and traditions in a society, which was breaking at the seams. She bemoaned that the beasts were at large dishonouring the respect of women at will, while the government was helpless to stem the increasing number of such heart-rending incidents. She asked the federal government to introduce legislative and administrative measures to block objectionable content on the internet. 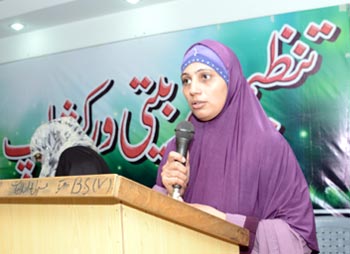 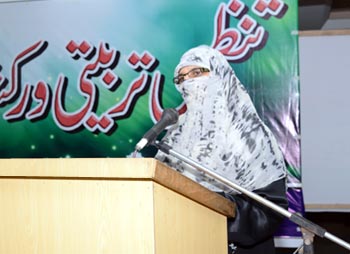 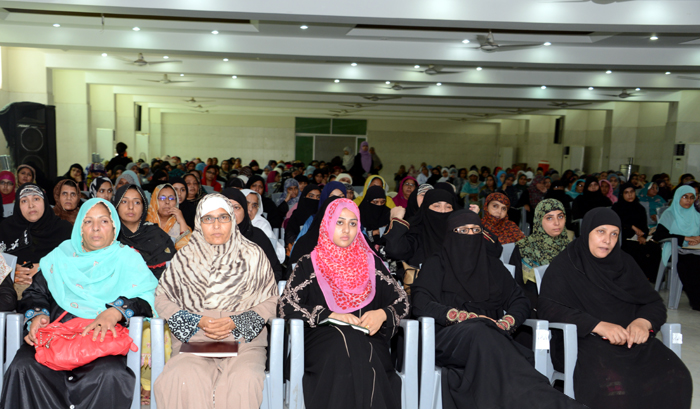 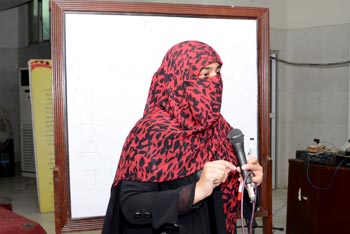 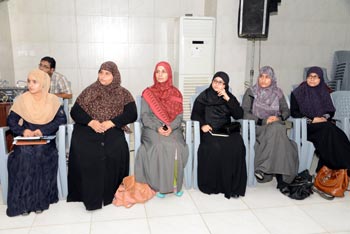 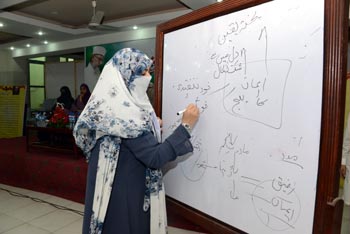 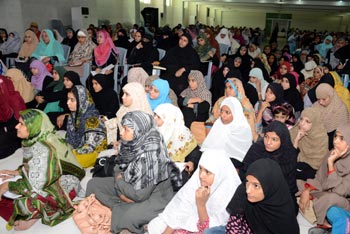 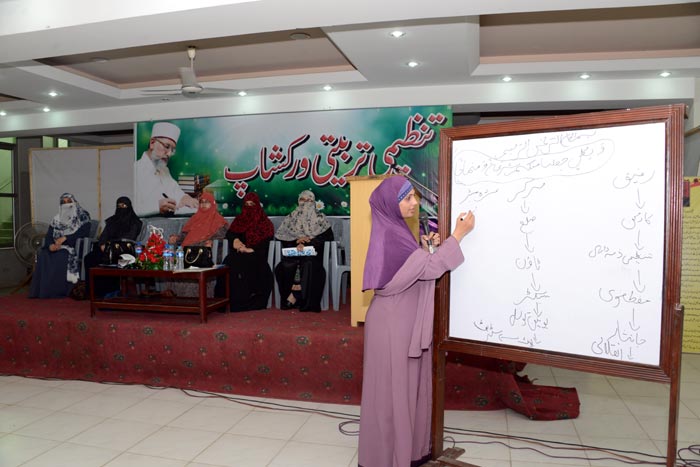 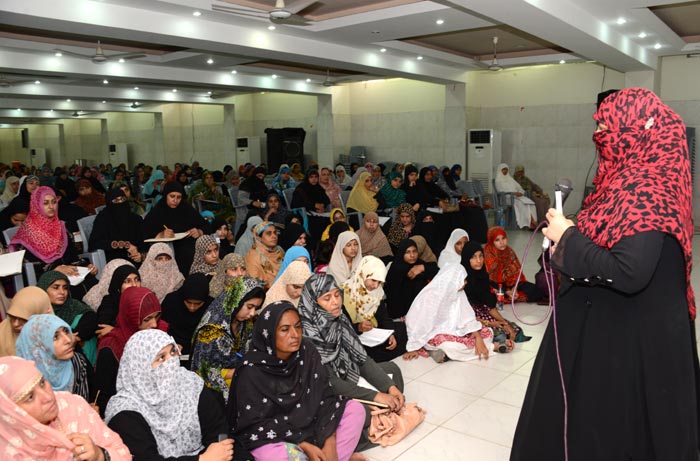 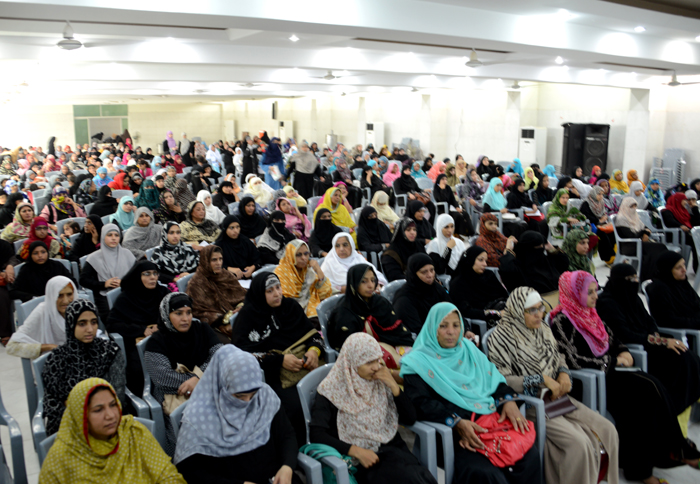