Faith leaders vow to work for peace at MQI moot 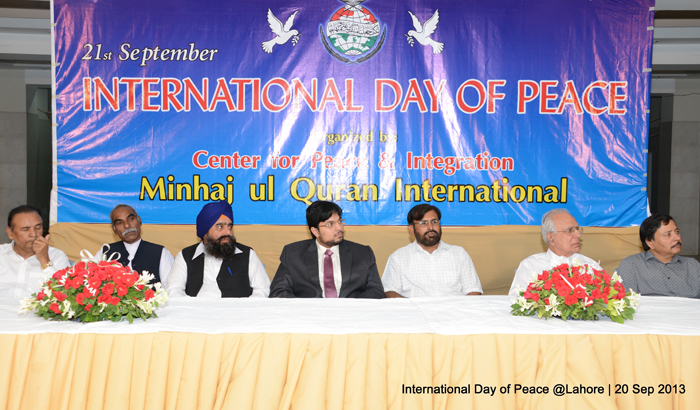 President of Minhaj-ul-Quran International Dr Hussain Mohi-ud-Din Qadri has said that there is a need to distribute love among the humanity. He said that the word ‘coexistence’ would have to be replaced by ‘love’, for the former denotes the performance of an act under compulsion not out of willingness. He said that this is what constituted the message of Shaykh-ul-Islam Dr Muhammad Tahir-ul-Qadri, which was being popularized in the world. He said that a relationship marked by love, peace and respect would have to be forged to eliminate extremism, and hatred in the world. He said that promotion of message of brotherhood, peace and harmony was the mission of MQI and Dr Muhammad Tahir-ul-Qadri. He said that the light on the horizon of the world owed itself to emotions of love and human brotherhood while the darkness existed due to hatred, terrorism and extremism. He said that the Holy Prophet (PBUH) gathered followers of all faiths about 1400 years ago and taught them the lesson of love, peace and human solidarity. 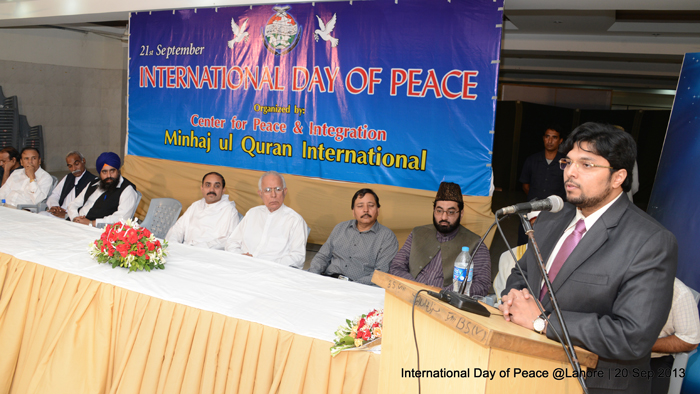 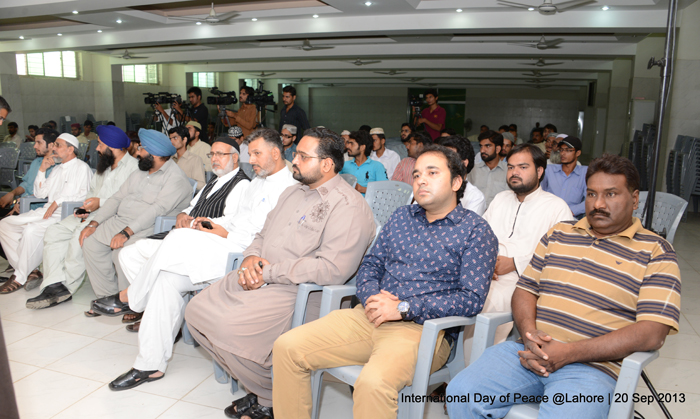 Dr Hussain Mohi-ud-Din Qadri said that respect of humanity without any discrimination was the basis of MQI’s ideology, and work, adding that the global acclaim that MQI has won is owed to its unflinching determination to promote the cause of peace, interfaith dialogue and harmony in the world. He asked the faith leaders to focus on imparting of inclusive education in their respective educational institutions, an education of human brotherhood, shared values and respect for humanity away from the evil effects of hatred and violence. He said that it is the emotion of love, which differentiates between a human being and a beast, further saying that increased interaction among communities, individuals and followers of various faiths built bridges among them by bringing them closer and driving out hatred. 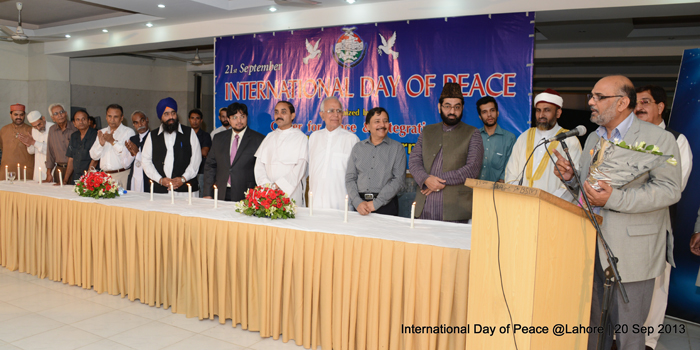 MQI President said that Pakistan was not a country of followers of any single religion or sect or a nation. Rather it is a country of 180 million people belonging to diverse communities and different religions. He said that it was the country of all of us and if anyone conspired against our motherland, all of us should get united against such conspirators. He said that people of all religions would have to work in unison for the progress and prosperity of this great country.

Speaking on the occasion, Secretary General of MQI Khurram Nawaz Gundapur said that the central secretariat of MQI was a home to every peace loving individual who believed in dignity of humankind. He said that MQI had been in the forefront of efforts to promote interfaith harmony at all levels. He said that Dr Tahir-ul-Qadri has been acknowledged for his services with the title of ‘Ambassador of Peace’. 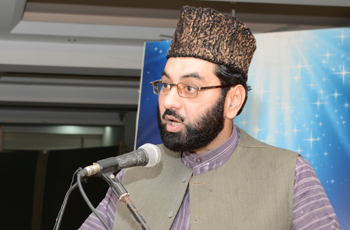 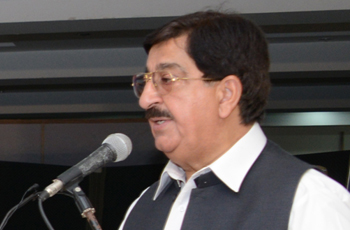 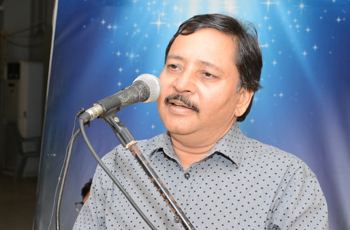 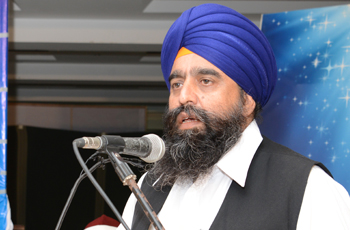 In his views on the occasion, renowned religious scholar Allama Javed Akbar Saqi said that it was important to differentiate between a peace loving person and a terrorist for establishment of durable peace in the world.

Christian leader Dr Marcus Fida said that MQI was a movement which was practically working for promotion of interfaith harmony not only in Pakistan but also in the world. He said that the founder of the movement, Dr Muhammad Tahir-ul-Qadri, was a driving spirit behind this great work of building bridges and bringing followers of various faiths together on the agenda of commonalities.

Hindu leader Dr Manohar Chand said on the occasion that we were Pakistanis first and followers of different religions later on. He said that followers of different faiths would have to forge unity in their ranks for the sake of dignity of mankind and making Pakistan a hub of peace and tranquility. He said that only Pakistan should be our identity. 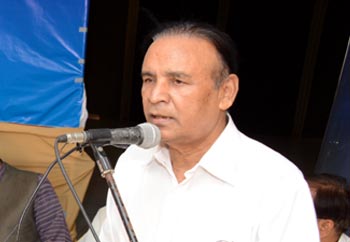 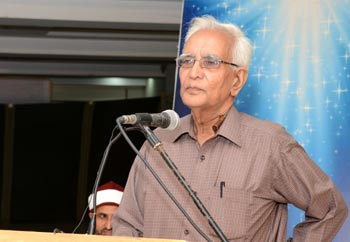 Yousaf Bajnuri, the leader of Bahai religion, said that the world in general and Pakistan in particular needed peace today. He said that it was incumbent upon every individual to work for peace. He said that the ideals and objectives of MQI were a beacon of light for the establishment of peace in the world. He said that we would have to rise above our narrow identities and work for uplift of the humanity.

Addressing the ceremony, Reverend Chaman Sardar said that we should formulate a joint strategy to work for peace and harmony in the same way and with the same passion with which Dr Tahir-ul-Qadri had been working for last many decades. He said that Dr Tahir-ul-Qadri revived a tradition that dated back to 1400 years ago by allowing Christians to worship in Mosque in the holy month of Ramadan. He said that we would have to think and act like a Pakistani by overcoming all narrow divisions so that the country could be put on the trajectory of socio-economic development. 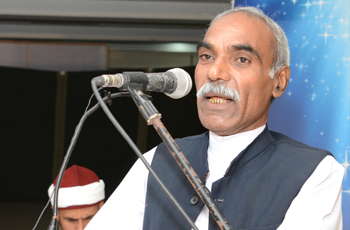 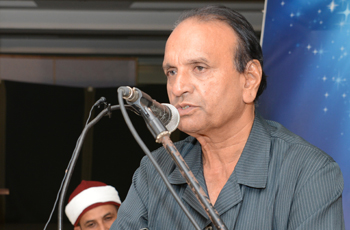 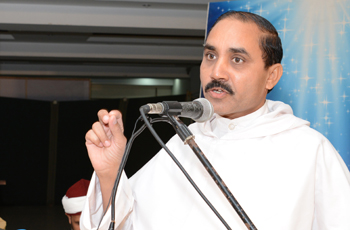 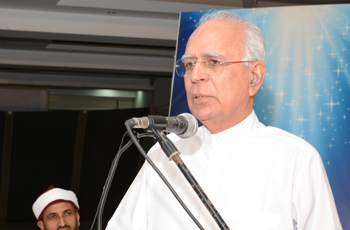 Pandit Bhagat Lal said in his remarks that by getting together at the secretariat of MQI, we were sending out a strong message to the world that we were one nation. He said that the Hindu community was appreciative of efforts of Dr Tahir-ul-Qadri for peace and interfaith harmony.

Speaking on the occasion, Father Pascal said that if the efforts of Dr Tahir-ul-Qadri for peace and interfaith dialogue were popularized, the aims and objectives of the International Day of Peace would become pronounced to all and sundry. He said that MQI was distributing love in the world. He said that no religion propagated disorder, violence and rift rather every religion teaches us to bring people closer. He said that if thought of Dr Qadri was spread in the entire world, it could become the hub of peace. 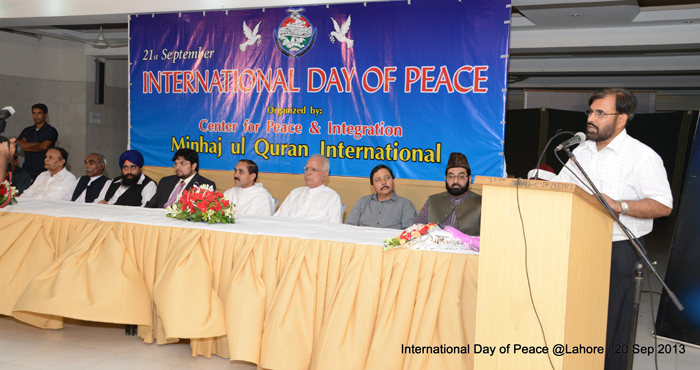 Former caretaker Chief Minister of Punjab Mian Afzal Hayat said that there were more commonalities and fewer divisions among all faiths. He said that if followers of religions increased their interaction, it would reduce their differences. He said that it was for this reason that Dr Tahir-ul-Qadri thought about 180 million people as one collective entity.

Sohail Ahmad Raza, Director of MQI’s Interfaith Relations and host of the ceremony, said that MQI under the leadership of Dr Tahir-ul-Qadri is an advocate of peace, interfaith dialogue and harmony at the international level. He said that MQI was the only platform in the Islamic world where followers of various faiths were invited to speak as a single voice for the establishment of peace and harmony. He said that we were making efforts for protection of fundamental rights of all religions in Pakistan.

The faith leaders lighted the peace candles at the end of ceremony. They also prayed for peace and harmony in Pakistan as well as in the world. 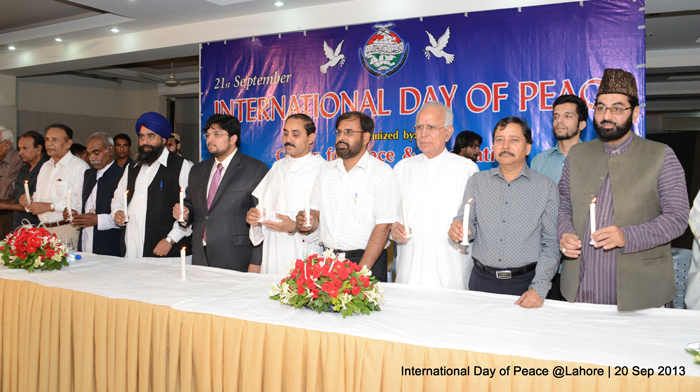