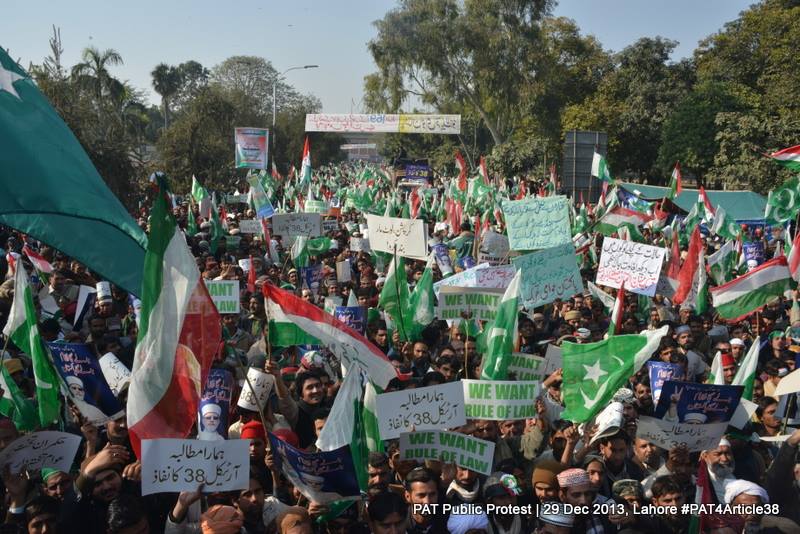 PAT Dr. Muhammed Tahir-ul-Qadri will the rally through a video link from abroad.

“The government brought into circulation the currency notes worth Rs.1000 billion; this forced the citizens of Pakistan to buckle under the massive juggernaut of inflation,” the Patron-in-chief of Minhaj-ul-Quran International, Dr. Qadri asserted while addressing a press conference through a video-link yesterday.

Dr. Qadri said his ‘Long March’ is meant for the people’s right to rule and it will turn out to be the last and final phase against the corrupt system. - SAMAA