Thousands of women from across the city of Lahore only will attend the 30th annual International Mawlid-un-Nabi Conference to be held under the aegis of Minhaj-ul-Quran International Lahore on the night of January 13, 2014.

Speaking at the occasion, Mrs. Razia Naveed said that the arrangement of Mawlid-un-Nabi Conferences was of immense importance to strengthen our relationship with the person of the Holy Prophet (PBUH). She said that women would attend the Milad Conference in their large numbers, while thousands of would also attend the local Milad gatherings in 250 cities of the country. 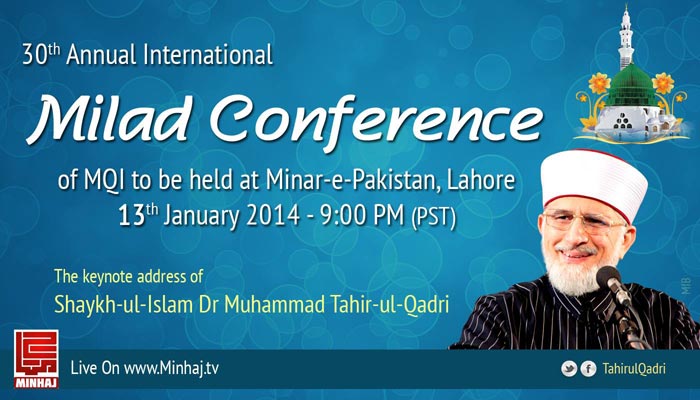 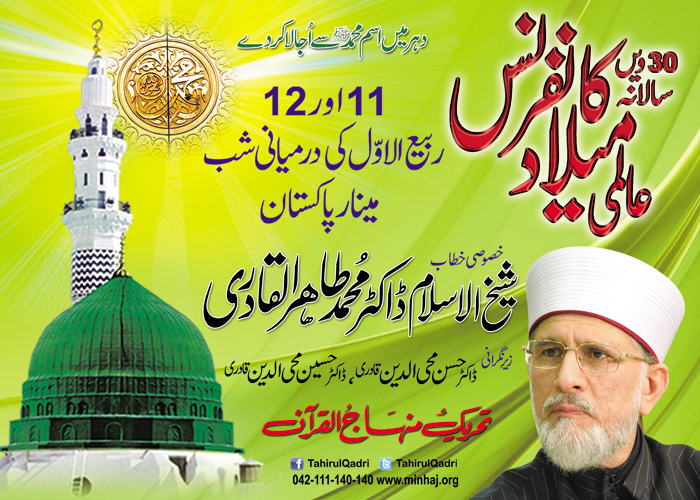