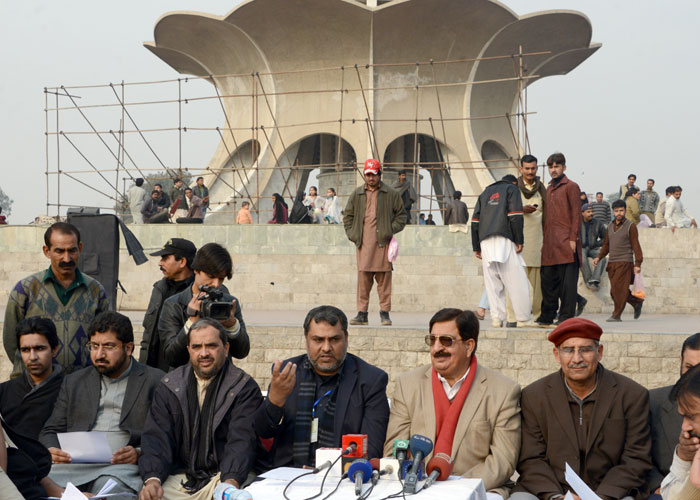 The 30th annual International Milad Conference will be held today (Monday) at the historic Minar-e-Pakistan. All arrangements have been completed in this regard. The hundreds of thousands of people will attend the Conference from across Lahore city only, while the millions of faithful will express their love of the Holy Prophet (peace be upon him) by attending Milad gatherings in their respective cities throughout the country. Shaykh-ul-Islam Dr Muhammad Tahir-ul-Qadri will deliver his keynote address through a video link from Canada. His speech will simultaneously be broadcast live from Canada in Lahore and across 250 cities of the country. Huge sized LED screens have been installed in all these cities.

Minhaj-ul-Quran International (India) will hold the biggest Milad gathering in Bangalore which will be attended by hundreds of thousands of people. Shaykh-ul-Islam Dr Muhammad Tahir-ul-Qadri’s keynote address will also be broadcast at the Bangalore gathering through a video link. Arrangements of Milad feast have also been made on the night of 12th Rabi-ul-Awal like the previous years. All and sundry will be welcome to the feast from 7 p.m. to 9 p.m. Dr Hussain Mohi-ud-Din Qadri, President of MQI, will preside over the Milad Conference.

Sheikh Zahid Fayyaz said that 2000 workers of Minhaj-ul-Quran Youth League would perform the security duties in view of poor law and order situation in the country. He said that the local administration and senior police officials have also assured of their fullest cooperation in this regard. He said that renowned Qaris and Naat Khawan from the Islamic world would attend the Milad Conference and present their tributes in the honour of the Holy Prophet (peace be upon him). He said that people belonging to various walks of life including traders, lawyers, political and religious parties, and students would also be present at the central stage. The proceedings of the Conference will be shown through digital screens installed at the adjoining roads.

Speaking at the occasion, Khurram Nawaz Gandapur said that Durood recited at the Gosh-a-Durood of MQI and at ‘Durood Centres’ established in the world would be presented in the honour of the Holy Prophet (peace be upon him). He said that special prayers would be made for national peace, security and wellbeing of the people of Pakistan. He said that the sound system would be installed at the adjacent roads so that the people outside main venue could listen to the proceedings without any problem. He said that the hundreds of thousands of people from across Lahore would attend the Conference. He said that MQI was encouraging people to celebrate the auspicious occasion befittingly. He asked the people to decorate their residences and light candles to mark the Mawlid-un-Nabi (PBUH). He said that MQI is spearheading a campaign in this regard. He said that separate seating arrangements have been made for men and women. He said that reception camps will be set up at various roads to guide and facilitate the caravans coming from suburbs of Lahore.