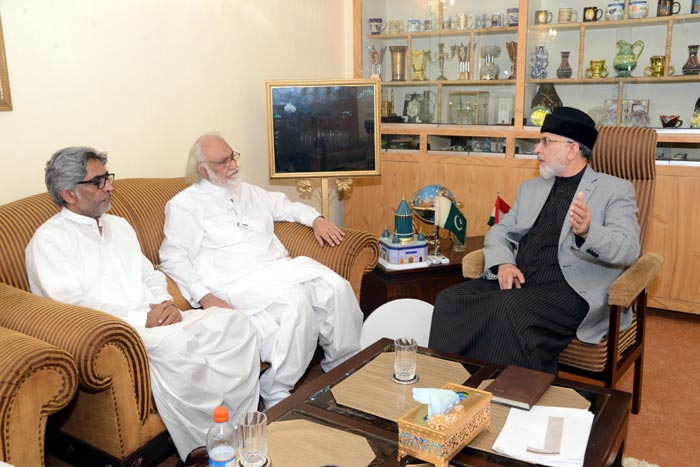 Democracy has become handmaiden of a few families while the state has been held hostage. Expressing my complete agreement with 10-point agenda of Dr Tahir-ul-Qadri, I have joined the caravan of revolution. The Model Town carnage surpassed massacre at Jallianwala Bagh. Punjab Police are no more protectors of the citizens. Rather they have become private militia of the ruling family. Sharif Sharif has become a risk for Pakistan. The so-called dialogue conducted with the killers of sixty thousand Pakistanis and security forces personnel provided terrorists with the breathing space to re-organize and re-arm themselves to take on the state afresh.

Sardar Aseff Ahmad Ali said that he paid homage to the martyrs and the injured of the Model Town Tragedy, adding that their blood would not go in vain. He said that Punjab Chief Minister Shahbaz Sharif was not only a risk for Punjab province but also for Pakistan because he had blood on his hands. He said that savagery displayed by the Punjab Police on June 17 could only be compared to Jallianwala Bagh during the British era. He said that it was about time for the Punjab police force to decide whether they wanted to become protector of people or private militia of the Sharif family. He said that this government provided terrorists with an opportunity to thrive by engaging them in talk for eight months.