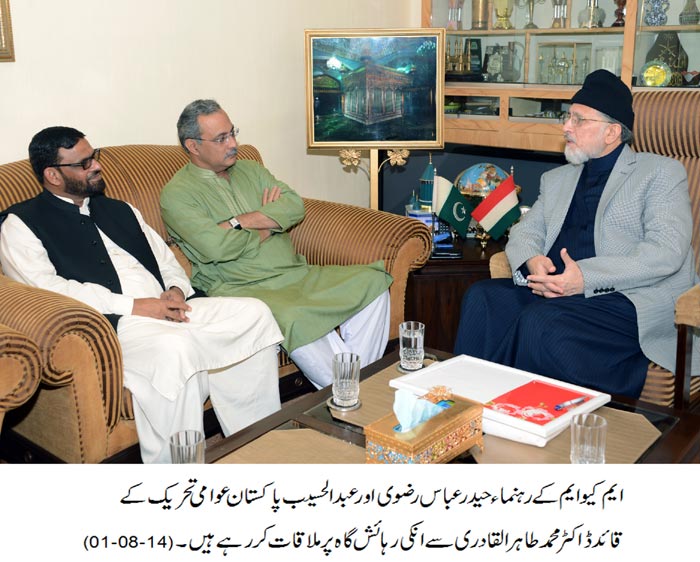 Expressing their grief and sorrow on the Model Town tragedy, the members of the delegation said that no example of such brutality and savagery at the hands of police was to be found in Pakistan’s history. They said that they had come to express their solidarity with PAT on the killing of its workers. The MQM delegates exchanged views with PAT leadership on the matters of mutual interest including upcoming revolution march and political situation in the country. The meeting continued for well over an hour.

Talking to media after the meeting, Haider Abbas Rizvi said that MQM fully supported Dr Tahir-ul-Qadri’s thought. He said that his delegation also discussed about revolution march, adding that staging peaceful demonstrations and rallies was a fundamental political right of every party and the government should not create any hurdles in it. When asked about his party’s participation in revolution march, he said that decisions were taken unanimously in his party, adding that we would surely take this matter up for consultation. Expressing his grief on the tragic incident in Karachi, he said that the responsibility of loss of over three dozen precious lives lay on the government. He said that there was no local government of a city that was larger in size than 90 countries of the world.