I will cancel march if weapons found from MQI secretariat: Dr. Qadri 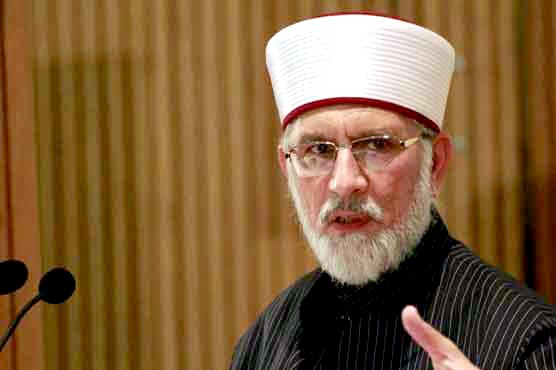 LAHORE: (Dunya News) – Pakistan Awami Tehreek (PAT) Chief Dr. Muhammad Tahirul Qadri has said that he has never incited people to violence. He offered other political parties, TV anchors and civil society to visit the Minhajul Quran International (MQI) Secretariat and see if they had any weapons.

“I will call the march off if any weapons are found in MQI Secretariat”, said Qadri. He said that allegations against him of inciting people to violence were baseless. He said, “Sixty thousand people sit in ‘Aitekaf’ every year at MQI Secretariat where they are given lessons on peace”. He said that some people were leveling baseless allegations against him.

Tahirul Qadri said that his workers remained peaceful and none of them fired any bullet. He said that supply of food and medicines has been blocked due to containers.

PAT Chief assured that he will remain peaceful and demanded the containers to be removed.