By the grace of Allah and the Waseela of Holy Prophet PBUH, the city of I’tikaaf is really the symbol of a great collective effort for the training of Muslims at the center of Minhaj ul Qur’an International, under the world leading and shining personality of Shaykh ul Islam Dr. Muhammad Tahir ul Qadri. Thousands of men and women come here only for the will of Allah (SWT) and Rasoolullah (SAW), and to learn the real thoughts of Islam. Since the attendants are in their thousands, hey are administered and served by a very large panel of managers and very large operating teams to make this I’tikaaf successful. These are some of the teams which makes this world’s biggest I’tikaaf after Holy places of Makkah Shareef and Madinah Shareef a successful event. 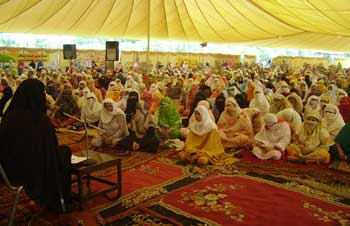 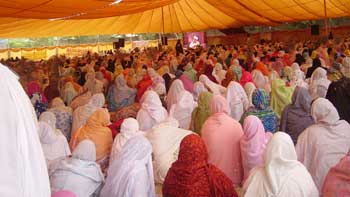 Other than all these areas of accommodation, Women I’tikaaf Camp has many washrooms, Wudu areas having Taps, a very Wast Pindaal (Collective Place for the purposes of prayers, lectures and Mehfil), Three Canteens in the whole area, Central Control Room, Control rooms of each Hall, Other administration places, Sale center, Hijaab House etc. 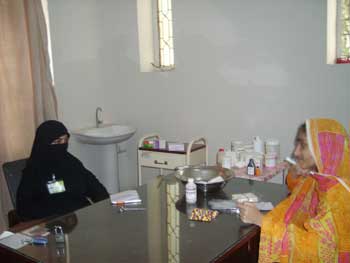 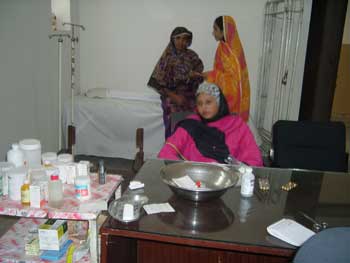 All the areas of accommodation include dispensaries working for 24 hours to provide medical aid at any instant. Dispensaries here are served by the very qualified doctors, working voluntarily like Dr. Aneeqa Hashmi (Fatima Memorial Hospital) and Dr. Nagina Zubair (Jinnah Hospital Lahore) along with the other doctors forming a team. 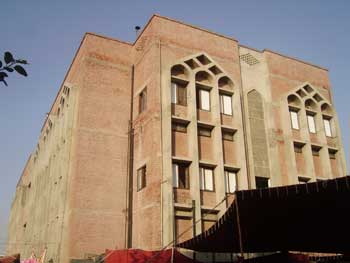 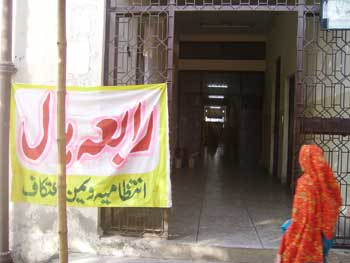 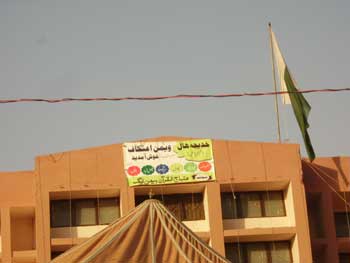 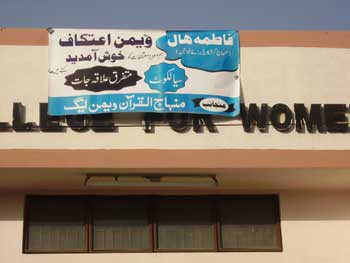 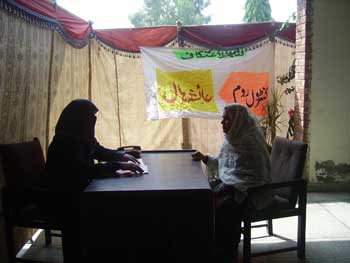 Committee for organizational and Training Matters

There are also many more other teams here in I’TIKAAF such as cooks, sweepers, Food Distribution Teams, Drivers, Ambulances, Canteen members and hundreds of other sisters making I’tikaf run very smoothly and Successfully.

Many Qualified Teachers from all over Pakistan offered their special services to teach the attendants of I’tikaaf. A special and specific syllabus was formed by Minhaj ul Qur’an Women League for I’tikaaf according to requirements. The syllabus was posted to sisters in all of the field all over Pakistan, to allow them to be prepared fully for their lectures. This syllabus contained selected verses from Holy Qur’an an their interpretation, Hadiths from Minhaj us Sawwi along with the interpretation and many other Booklets were formed regarding matters of Prayer, Fasting and daily matters.

Teachers from all over Pakistan are as below;

Five collective lectures are delivered to all attendant women on miscellaneous topics including Briefing about I’tikaaf. These lectures were delivered by the most senior personalities in Women League. The main purpose was to have the same effect and results from all the attendants.

May Allah Almighty bless all by his will and the will of His beloved PBUH, accept all these efforts and Give all sisters Istaqamat for this great Mission e Mustafwi.