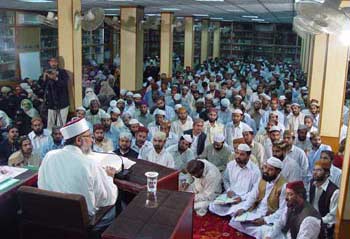 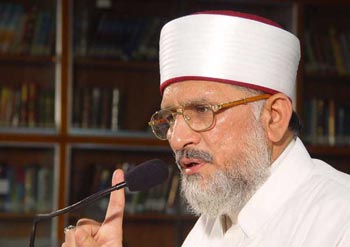 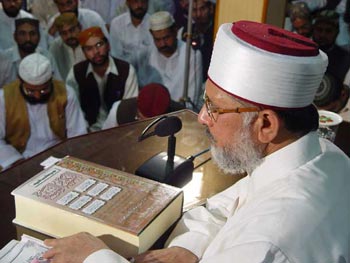 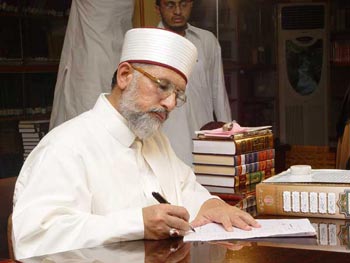 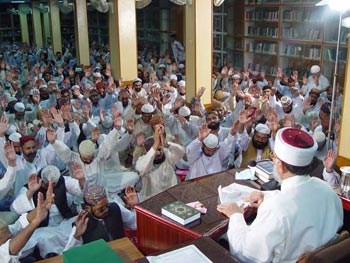 On August 7, there was monthly spiritual gathering at the central Secretariat. Dr. Muhammad Tahir-ul-Qadri?s speech was a special divine gift on this occasion.

The following day he delivered a lecture to the ?God-Seekers? (ie Minhajians) and gave them the tidings that the same day Imam Jalal-ud-Din Suyuti visited him in a dream. Imam Jalal-ud-Din Suyuti, himself the revivalist and renewal of the 10th Islamic century, blessed Dr. Muhammad Tahir-ul-Qadri with all of his knowledge and spiritualism. Moreover, explaining the blessing of Imams of Hadith and friends of Allah, he narrated his visions related to Shaykh Abd-ul-Qadir Jilani, Imam Ismail Nabhani, Ala Hadrat Shah Ahmad Raza Khan Baraylavi. Afterwards he showed the audiences the pictures of Aala Hadrat and Imam Nabhani, too. 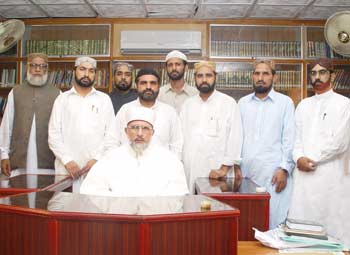