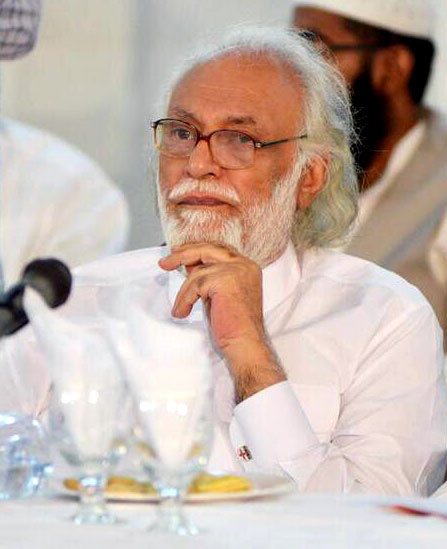 Former Foreign Minister and an allied leader of PAT Sardar Aseff Ahmad Ali has said that the more the political crisis deepens, the more problems would increase for the rulers. He said that Dr Tahir-ul-Qadri is a political reality and urged rulers to learn how to put up with a political dissent. He said that already tarnished credibility of institution of police should not be torn into shreds even more by using it against political opponents, adding that some window should remain open for justice. He said that the government should immediately withdraw false cases against national leadership, put to an end to their character assassination and order a fair and transparent probe into Model Town tragedy.

Sardar Aseff Ahmad Ali expressed these views while talking to Noorullah Saddiqi, media advisor to PAT chief Dr Tahir-ul-Qadri. He said that Dr Qadri’s saying that the government has formed JIT consisting of its blue-eyed officers to give a clean chit to its leadership is spot on. He said that if conscience of the government is clear, it should not hesitate from establishing a neutral JIT for the purpose of investigation on merit. He condemned the government sponsored character assassination campaign of soliciting arrest warrants of political leadership and getting them declared as proclaimed offenders, adding that the politically motivated cases did not result positively for the Sharif brother and democracy in the past nor should it be expected to be any different this time round.

Former Foreign Minister said that it is regrettable that present rulers are not ready to learn a lesson from the past. He said that he has also been implicated in baseless and politically motivated cases. He further said that right of political freedom and freedom of expression is being snatched. He said that given the rulers’ vindictive actions, it is hard to distinguish whether we are living in a democratic era or a dictatorial rule. He said that the world attention remains focused on investigation of Model Town tragedy, audit of election rigging charges and reconstitution of a bipartisan election commission, adding that the government is standing on the same place it was standing on day one in this regard with the result that political crisis is getting more complicated by the day.

Sardar Aseff Ahmad Ali said that had there been real democracy in the country, the reservations and opinion of political leaders would have been listened to carefully and respected but it is not the case in Pakistan. He said that the opposition leadership is being implicated in baseless, politically motivated cases for highlighting constitutional and legal rights of the people. He said that the whole world knows that the cases Dr Tahir-ul-Qadri, Imran Khan and other leaders have been booked in, they do not have even an iota of relationship with them. He said that legal advisors of the rulers are pushing them into a blind alley from which it will be difficult for them to come out. He appealed to the courts not to assign any importance to politically motivated cases of puppet police of the rulers and false evidence and arguments of the official lawyers that will be presented in this regard.