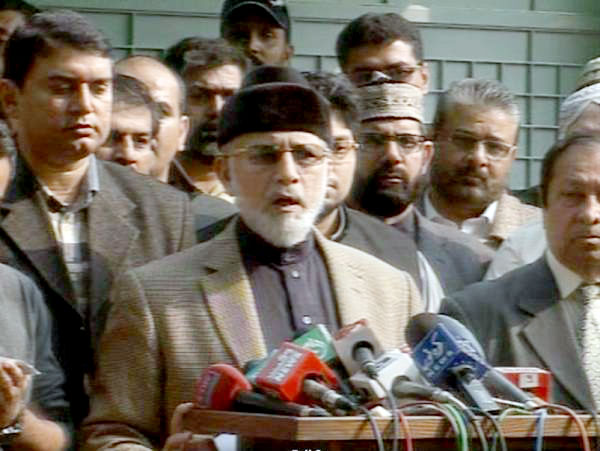 Talking to media before his departure to Bhakkar for a public rally later today, he demanded the formation of new a JIT that should include members from prestigious intelligence agencies and police official from KPK province.

Qadri also said that the government has links with terrorists, alleging they killed a local PAT in Balochistan.

"PAT Balochistan President Umrani Baloch, his wife, and children all were killed in broad day light…we strongly condemned this incident,” he said.

Replying to a question on the PAT’s relationship with PTI, Qadri said that he is in touch with Imran Khan and there are no differences between the parties.

The PAT chief reiterated that his destination is revolution and would not end his struggle until it is achieved. – SAMAA