A gathering of Naat Khawani and Fateha Khawani was held for Mohtarma Benazir Bhutto Shaheed in Gosh-a-Durood at the central secretariat of Pakistan Awami Tehreek on December 27, a day on which she was killed in Rawalpindi. Rich tributes were paid to the slain leader on her national and political services. Speaking on the occasion, PAT Secretary General Khurram Nawaz Gandapur said that Mohtarma Benazir Bhutto was a life-time member of Minhaj-ul-Quran International. He said that this gathering has been arranged by MQI and PAT workers to pray for the departed soul of the former PPP chairperson. He said that martyrdom of Mohtarma Benazir Bhutto is one of grave tragedies in Pakistan’s history, adding that it is a matter of immense grief that her killers have not been brought to justice despite passage of seven years. 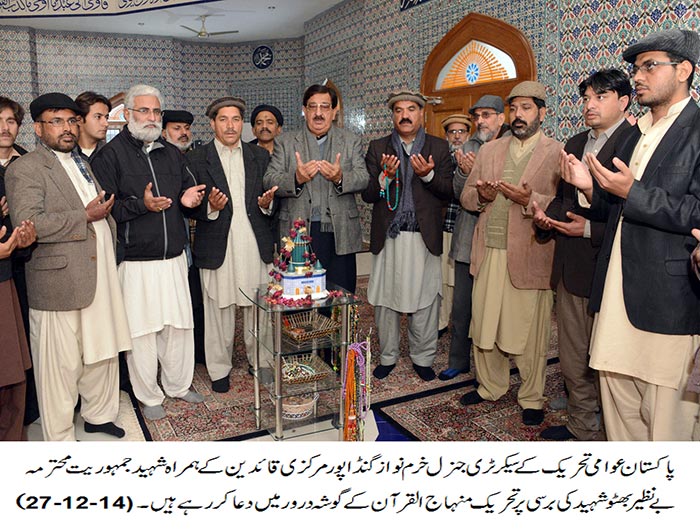