Workers being arrested due to PAT’s refusal to cooperate with JIT: Dr Raheeq Abbasi 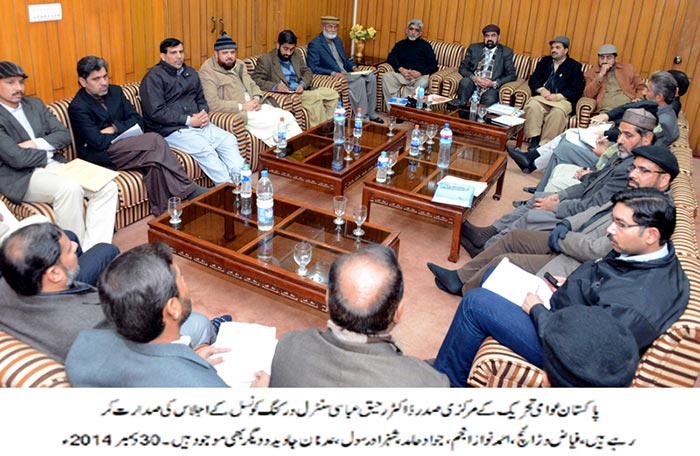 Central PAT President Dr Raheeq Abbasi has said that vindictive action has been started against the PAT workers throughout the country for not cooperating with the government-sponsored fake JIT. He said that peaceful PAT workers are being arrested in various cities including Gujranwala, Wazirabad, Hafizabad, and Gujrat etc. on the basis of fake old cases. He said that PAT condemns the government’s devious tactics. He said that PAT leaders and workers are being punished for being loyal to principles, adding that the rulers have started arrests of workers at a time when the entire country is still in a state of shock over the Peshawar tragedy and the threat of terrorism is present and real. He said that instead of tackling the issue of terrorism, the government has resorted to political vendetta.

The PAT President said that PAT has been struggling to rid the country of iron-clad grip of the powerful elite on the country’s resources and decision-making. He said that 70-day sit-in gave political and constitutional awareness to the masses about their rights. He said that PAT would continue to wage its struggle of political awakening despite vindictive action and oppression of the government. He said that the rulers have lost political, moral constitutional right to stay in power due to oppressive measures they are employing against their political opponents. He said that struggle for democratic revolution will continue unabated. He said that PAT leader Dr Tahir-ul-Qadri will lead the struggle of revolution after his recovery, adding that this struggle will continue till the destination of revolution is not achieved. He reminded that the PAT workers have already braved the worst state terrorism, adding that they cannot be coerced into submission.

Dr Raheeq Abbasi further said that the rulers are trying to hide behind the Peshawar tragedy while the fact remains that there is no rule of law and good governance in the country. He said that PAT would end the reign of loot and plunder with the support of the masses and transfer power to them as they are the real stakeholder in the system. He said that there are two groups in the country; the first group consists of 180 million people who have been robbed of their rights while the second group consists of a few hundred powerful individuals who have played havoc with the destiny of this nation. He said that these powerful people come into power by stealing the mandate and using every trick in the book. He asked the workers to stay put and not be fearful of illegal actions of these people.