Caring for and loving the whole of humanity, Dr Qadri’s message on the Prophet’s (PBUH) birthday 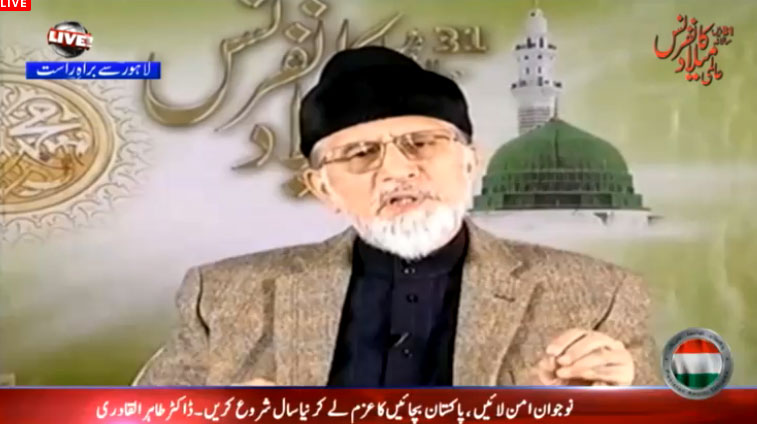 To express its rejoicing at the birth of the Prophet Muhammad (peace and blessings be upon him), Minhaj-ul-Quran International (MQI) held its annual International Milad Conference and commemorated the birthday of the Messenger on the sprawling lawns of Minar-i-Pakistan on 3 January 2015.

On the eve of the occasion, noted scholars from across the country and massive thongs of people – men and women – participated in the congregation with traditional spirit and zeal.

The MQI chief Dr Tahir ul Qadri addressed the participants of the religious gathering via video link. His address began after midnight. The topic of his speech was “love for humanity and non-violence”. The key points of his oration are as follows:

The proceedings of the night-long conference were televised all over the world. Before the commencement of the programme, the participants were offered dinner for which 1,000 goats were slaughtered.