Killers of Model Town tragedy not to be pardoned: Dr Tahir-ul-Qadri 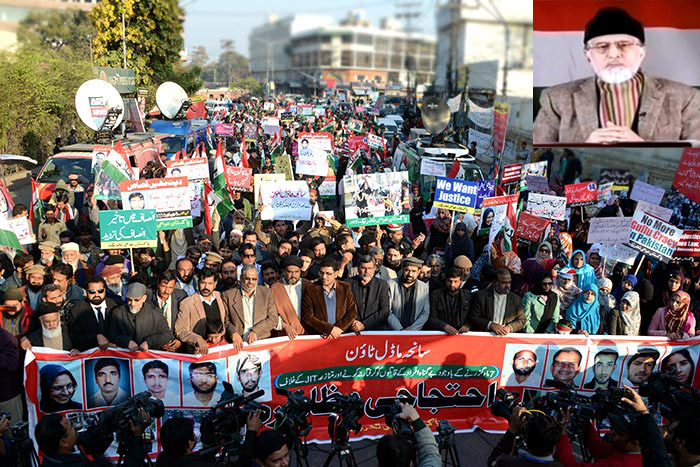 PAT chief Dr Muhammad Tahir-ul-Qadri has said that we would not rest till we make those responsible for Model Town tragedy go to gallows in the Model Town case and no tactic of the rulers can make us budge even an inch from the path of justice. He said that the rulers have their contact with the terrorists and conspiracies have begun to be hatched to throw spanners in the works of military courts with an intention to frustrate them. He said that after the military, it is Pakistan Awami Tehreeek, which is raising its voice with full force in support of war against terrorism. He said that the present Parliament even failed to describe the war against terrorism as our own national war. He said that JIT established by the killers was neither acceptable in the past nor would it be acceptable now. He said that we cannot even think of betraying the blood of 14 innocent people. He demanded that terrorism case of Model Town tragedy should also be transferred to the military court.

Dr Tahir-ul-Qadri stated this in his audio address to a demonstration organized by PAT and MQI jointly in front of the Lahore Press Club yesterday to protest lack of justice in Model Town case. 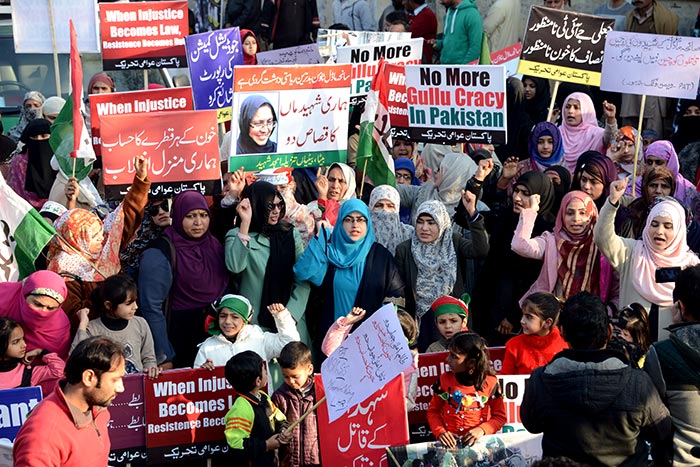 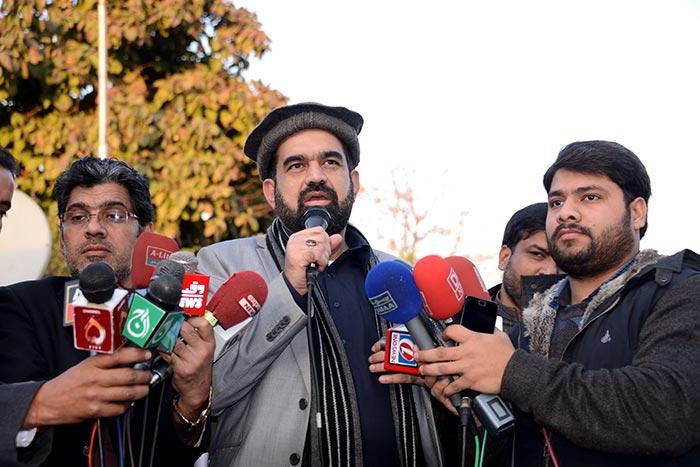 Addressing the participants of the protest demonstration, PAT president Dr Raheeq Abbasi presented a set of demands. He warned that if these demands were not accepted within one month, then the protest campaign will be expanded throughout the country. He said that the Punjab Chief Minister should tender resignation and a new JIT should be established with the concurrence of the heirs of martyrs. He further demanded that report of one-man judicial commission should be made public and Dr Tauqir Shah, former Principal Secretary to the CM, should be arrested. He said that the Model Town case should be transferred to the military court. He said that it was on the intervention of the army chief that FIR was registered and that he had promised to ensure dispensation of justice in the case, adding that we are still waiting for translation of promise into reality.

The PAT President said that Nawaz Sharif and Shahbaz Sharif want to hide behind National Action Plan but added that we would not rest till we get justice for our martyrs. He said that if justice was not given, PAT could stage sit-ins in Raiwind, Model Town and Islamabad. He said that the killers went to the last limit of oppression when they murdered innocent people in Model Town on June 17. He said while some people were hiding in mountains and forests, others have taken shelter in power corridors. He said that when PAT chief Dr Tahir-ul-Qadri raised a 10-point slogan for elimination of oppression and empowerment of the masses, the protectors and guardians of the elitist system shed streams of blood in Model Town. 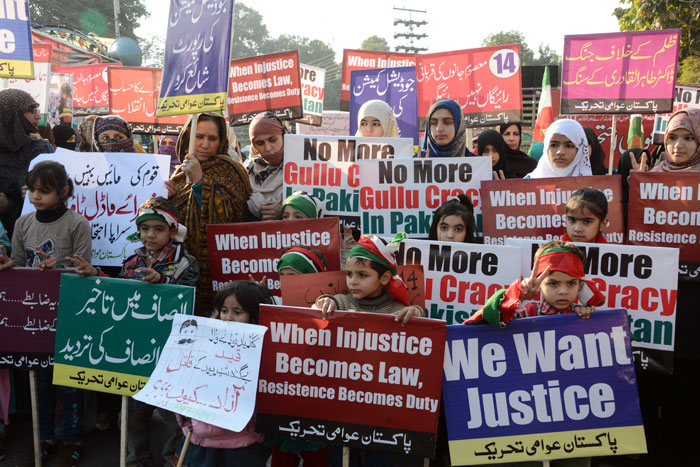 Amir of MQI Lahore, Irshad Ahmad Tahir, said in his speech on the occasion that justice has not been dispensed in the Model Town case even after passage of seven months. He said that we pledge with the souls of our martyrs that we would not withdraw from the demand of justice irrespective of conditions and that their blood would not go in vain. He said that PAT would avenge the martyrdoms in the form of revolution, adding that we would continue to wage peaceful struggle for justice till the last breath of our lives. He said that martyrs of PAT have proven that the forces of falsehood cannot make us waver in our resolve and that they have lifted our heads with pride.

Ch. Afzal Gujjar, President of PAT Lahore chapter, said on the occasion that the Constitution of Pakistan prescribes the conditions of justice, equality and fair play. He said that the rulers targeted those demanding rights of the people on June 17 by through state terrorism. He said that provision of security to every citizen is the responsibility of the state adding that the way the government tore the Constitution to the shreds through state terrorism does not find a parallel in history.

Speaking on the occasion, Hafiz Ghulam Farid, General Secretary of PAT Lahore, said that we rejected the JIT formed unilaterally by the government because there is no hope for provision of justice in the presence of the Chief Minister who is one of the principal accused in the matter. He said that the poor and downtrodden sections of society are the source of support of Dr Tahir-ul-Qadri. He said that the nation would have to follow Dr Tahir-ul-Qadri to get rid of multiple challenges. 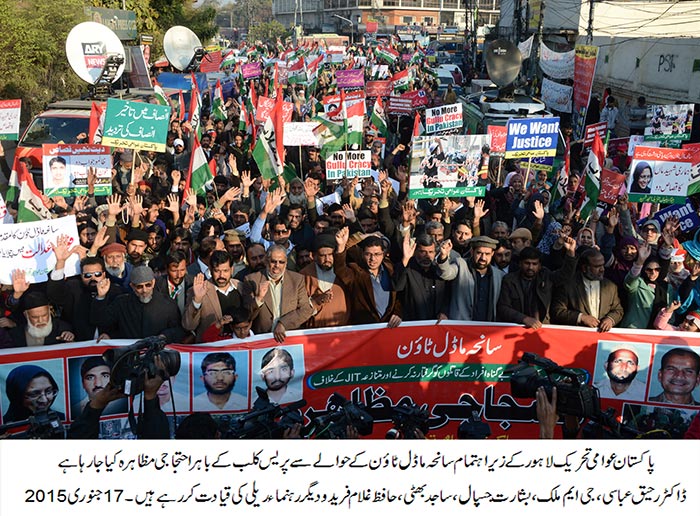 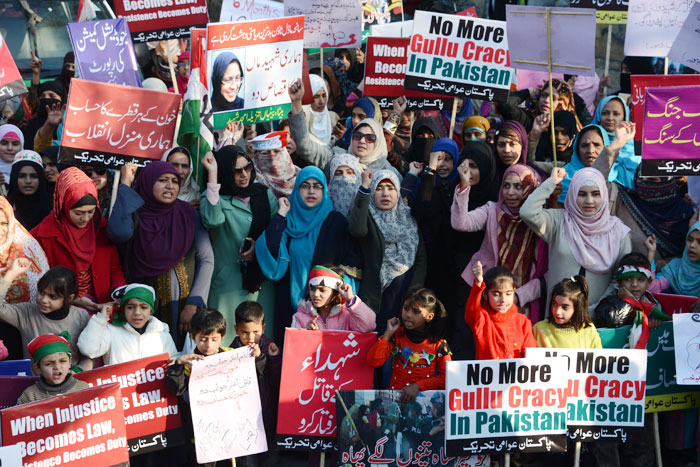 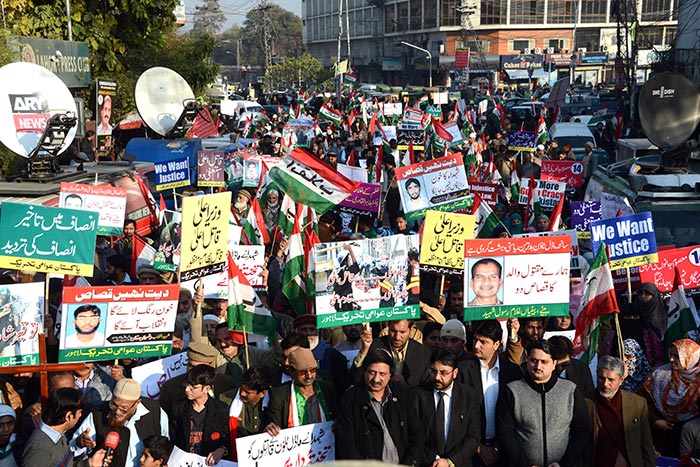 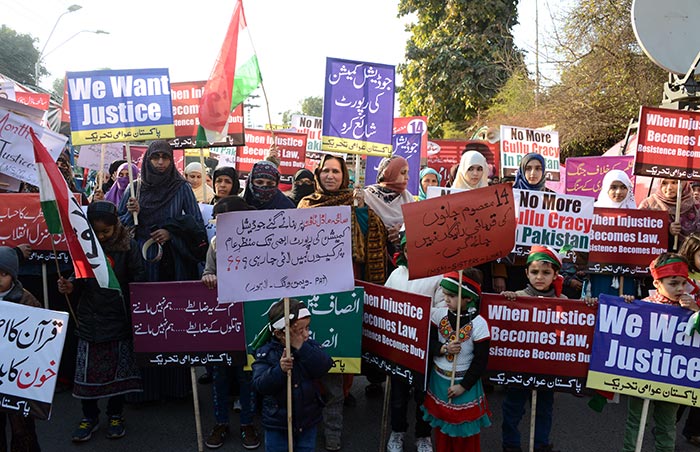 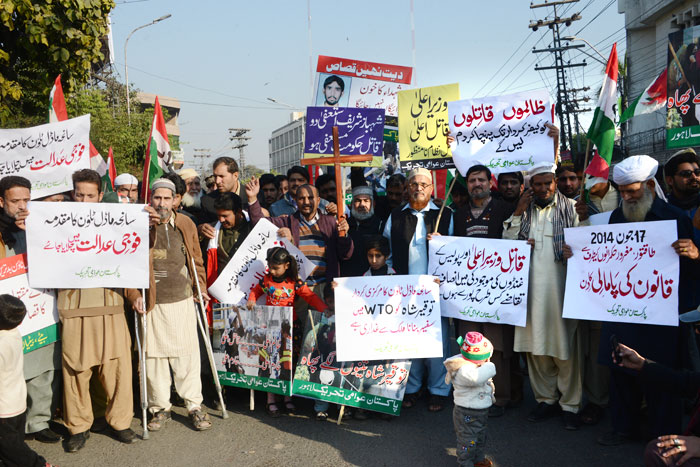 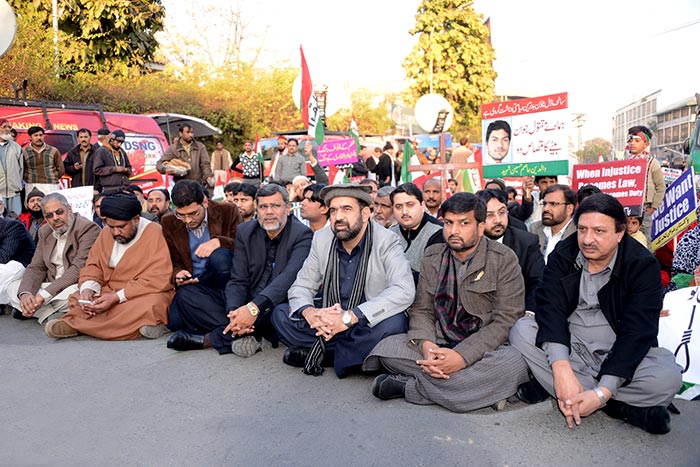 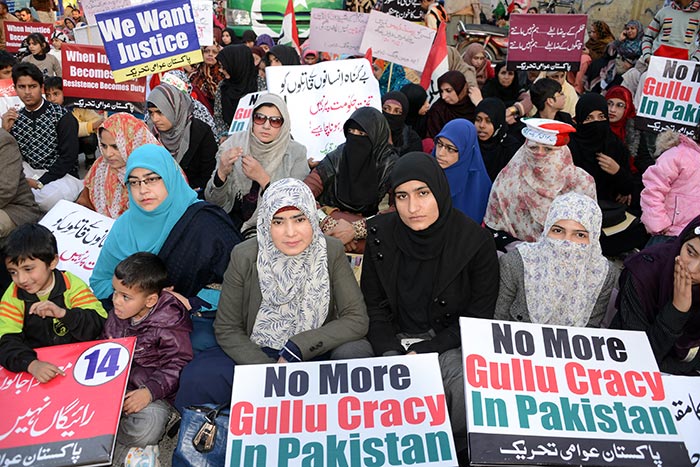