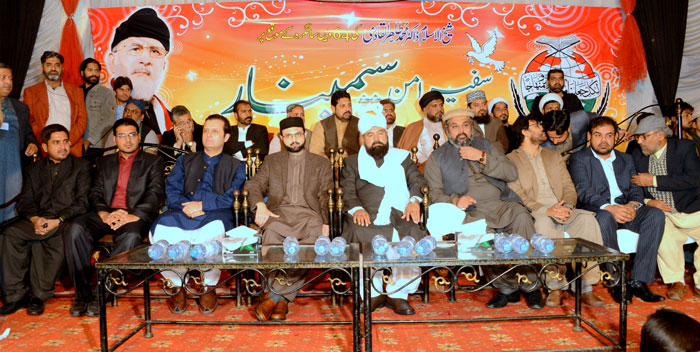 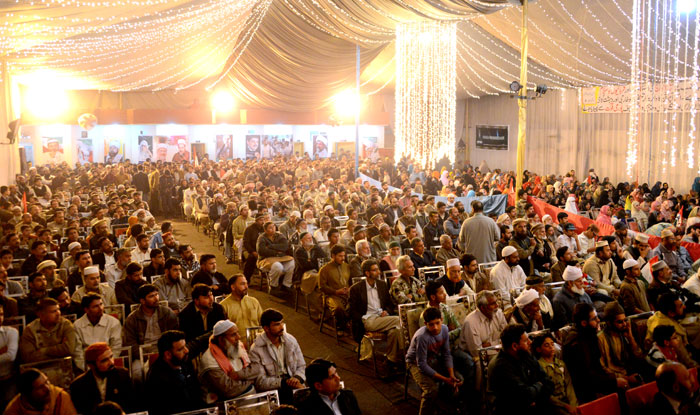 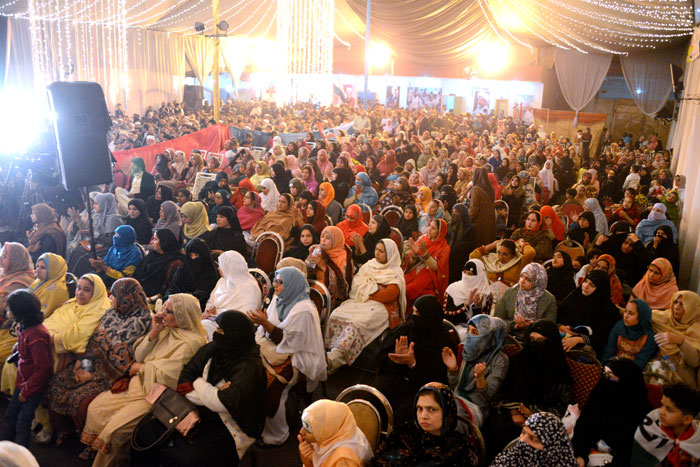 Chairman MQI Supreme Council Dr Hassan Mohi-ud-Din Qadri has said that the military operation was the only way to crush the menace of terrorism. He said that dialogue is held with human beings, not brutes. He said that the whole nation pays rich tributes to their armed forces that are busy in flushing out terrorists in a grand show of patriotism. He said that people will have to get united against such evils as terrorism, lawlessness, oppression and militancy. He said that we need to join Dr Tahir-ul-Qadri in his struggle to send the present ruling lot home that has been busy tearing the national interest into shreds.

Dr Hassan Mohi-ud-Din Qadri said that Pakistan is in the grip of incompetent and weak politicians and this explains why the country has lost its prestige economically as well as politically despite possessing enormous resources. He said that those at the helm of affairs would have to answer for Peshawar, Shikarpur and Model town tragedies, adding that we would get ‘Qisas’ according to law of the land. He said that morale of the PAT workers has not gone down even a bit; rather they are now armed with newfound resolve to seek justice for Model Town martyrs. He said that they are eager to offer the ultimate sacrifice of their life for justice and improvement in the lot of their fellow Pakistanis. He said that blood of martyrs is a debt on all of us and we would not sit idle till we retire this debt. 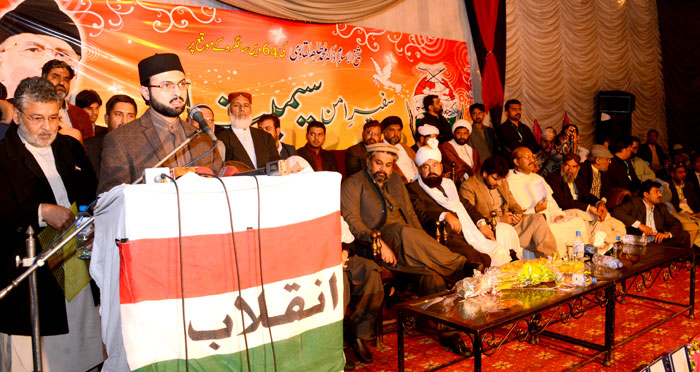 Dr Hassan Mohi-ud-Din Qadri said that the oppressive rulers perpetrated the worst barbarism and brutality when terrorists clad in police uniforms massacred peaceful PAT workers on the fateful day of June 17 and on the other hand, the PAT workers chronicled a glorious chapter of bravery, patience, restraint and peace in the history of the country. He said that PAT chief Dr Tahir-ul-Qadri would come back to Pakistan soon and resume his political struggle from the same point where he left off before departing for the US for treatment.

Speaking on the occasion, Chairman Sunni Ittehad Council Sahibzada Hamid Raza said that a dozen of problems, including that of terrorism, price hike, load shedding, poverty and extremism deserve the attention of the government but added in the same breath that their priorities are different. He said that it is for this reason and lack of attention to real issues that Pakistan has become a hub of problems of various kinds. He said that the raging flood of people will soon sweep everything away, adding that the so-called corruption ridden politicians would not be able to stand their ground when confronted with flood of people. He said there was no way any deal was possible on the Model Town tragedy. He vowed to explore the path of justice for the martyrs, come what may. He said that those who shed blood like water do not deserve a pardon and they will be held accountable for every drop of blood.

PAT Secretary General Khurram Nawaz Gandapur said that the vision of Dr Tahir-ul-Qadri will be instrumental in bringing honour and prestige to Pakistan and the Muslim world. He said that Dr Qadri is a revolutionary leader having his hand on the pulse of time who decides keeping in view the welfare of coming generations and stability of the country. He asked the people to gift Dr Tahir-ul-Qadri with revolution through political struggle on his next birthday.

Majlis-e-Wahdat-ul-Muslimeen (MWM) leader Nasir Abbas Sherazi said that Dr Tahir-ul-Qadri is an ambassador of peace. He said that MWM and Dr Tahir-ul-Qadri are always the first to raise effective voice against terrorism and militancy and similarly took the initiative to support the armed forces in Operation Zarb-e-Azb and expressing solidarity with them. He said there is no place for terrorists anywhere in the country. He said that every drop of martyrs’ blood in Model Town, Quetta, Shikarpur, Karachi and Islamabad tragedies is crying out for justice and Mussolinies and Hitlers of the time would have to answer for their oppressive actions.

He said that they cannot save their power by killing innocent people. He said that time is not far away when the killers will face justice and they would not get any shelter now. He said that there is an environment of interfaith harmony and tolerance in the country but added in the same breath that National Action Plan is being thwarted according to a carefully calibrated plan due to incompetence of rulers. He said had the government had a bit of honour it would have tendered its resignation after Model Town, Shikarpur, Islamabad and Peshawar tragedies.

Addressing the seminar, PTI leader and grandson of Allama Dr Muhammad Iqbal, Waleed Iqbal said that Dr Tahir-ul-Qadri is a strong reference point against terrorism, extremism and militancy and the whole world acknowledges his contributions to peace and interfaith dialogue. He said what Dr Tahir-ul-Qadri said before 2013 elections proved true cent per cent and the political leaders came around to his stance in post-election period that people’s real Parliament cannot be formed without changing the corrupt and obsolete system.

Christian leader Dr James Chanan said that we need to build on convergences and shun divergences to promote peace, interfaith dialogue and harmony in the world. He said that Dr Tahir-ul-Qadri is a leading scholar of the Muslim world and a leader of Pakistan who respects all faiths and has served as a bridge between different cultures and civilizations. He is furnishing practical guidance at scholarly and intellectual levels for promotion of peace in the world. He said that the famed Fatwa against terrorism authored by Dr Tahir-ul-Qadri is a great treasure of knowledge for the people both in the west and east. He is a true ambassador of peace. He prayed to God for long life of Dr Tahir-ul-Qadri. 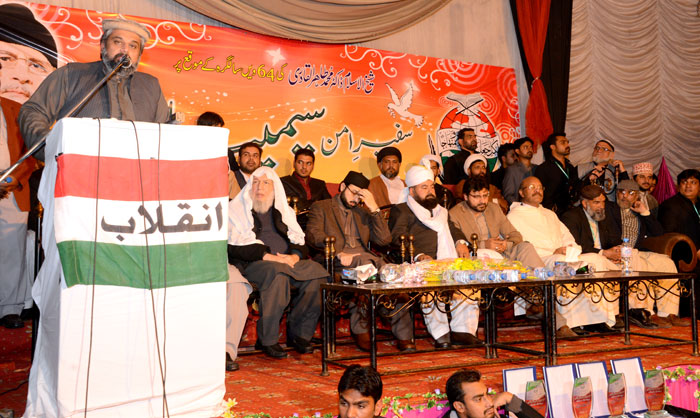 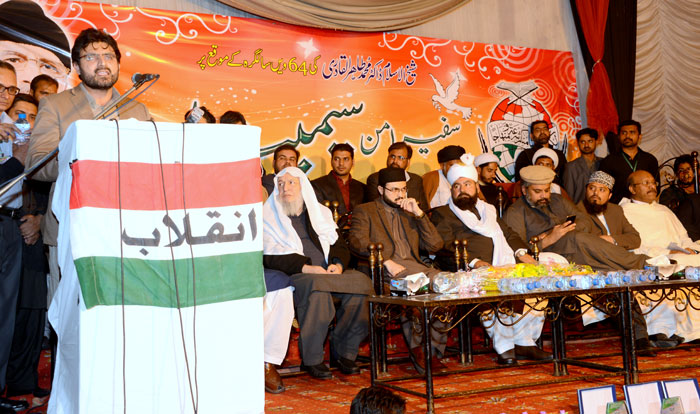 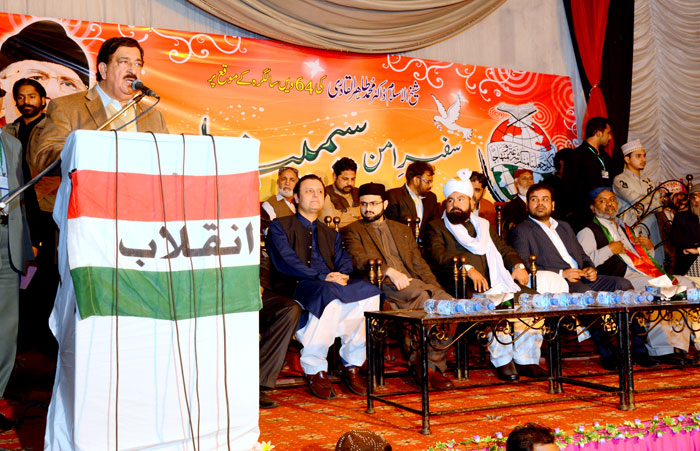 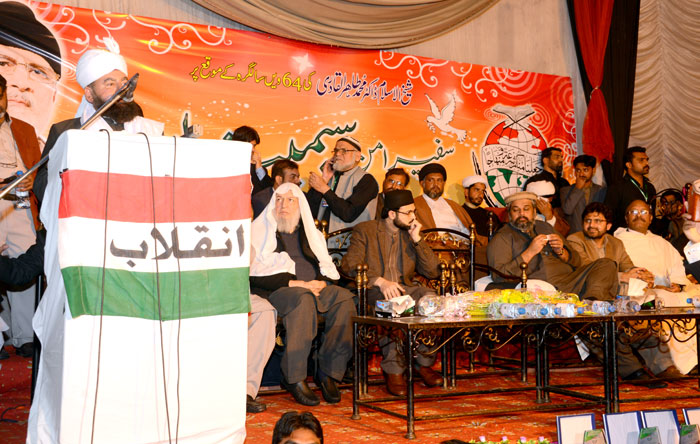 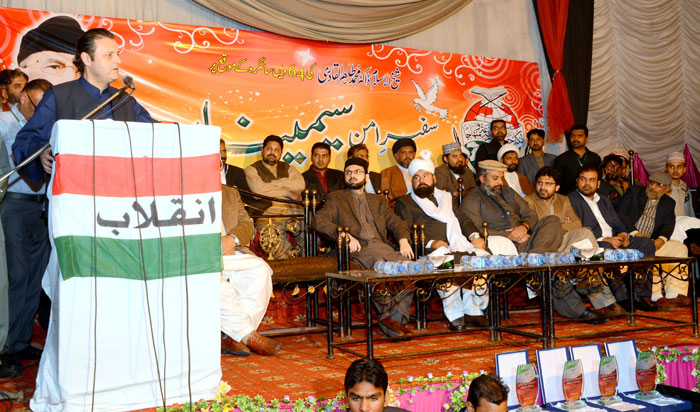 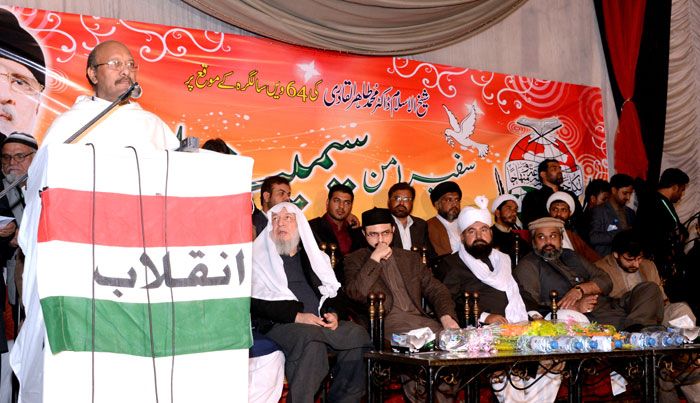 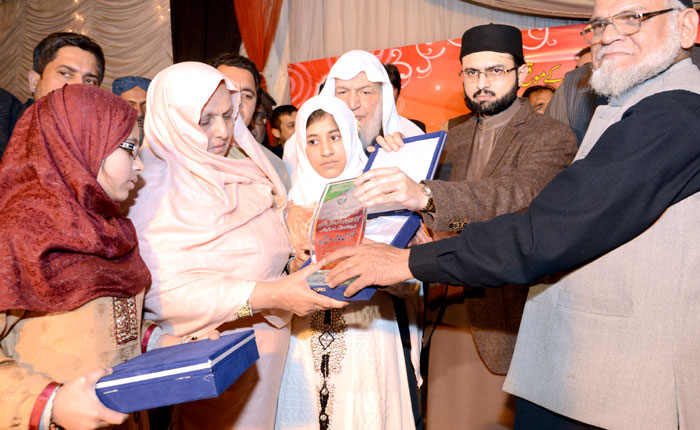 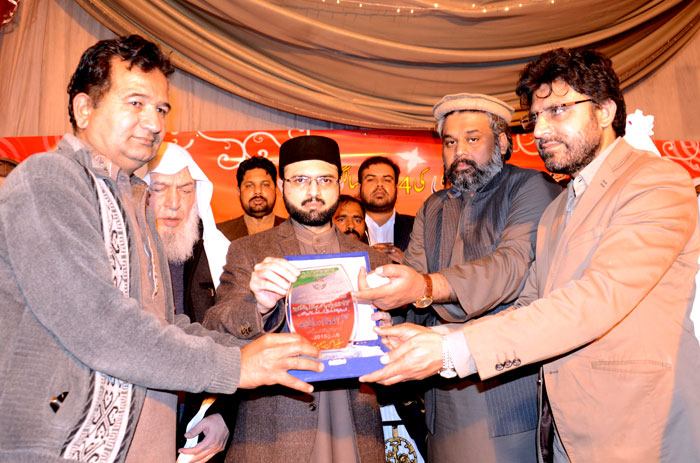 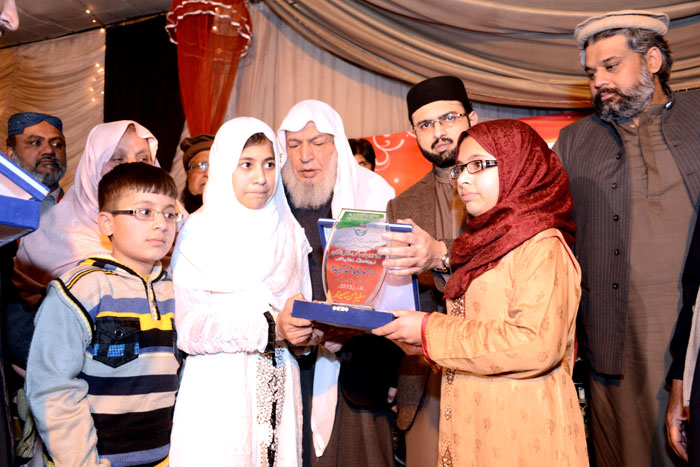 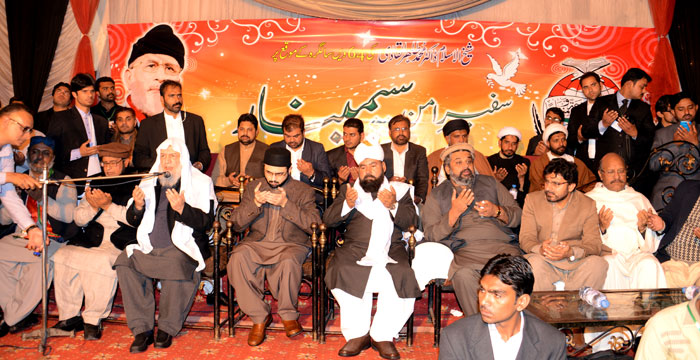