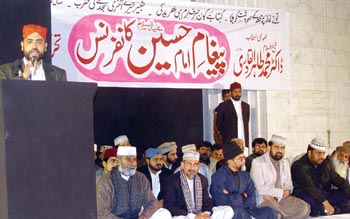 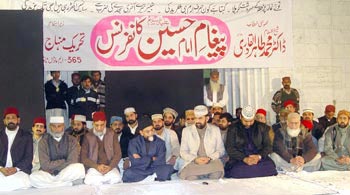 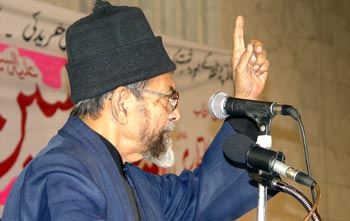 Secretary general of Tehreek-e-Ulma-e-Pakistan Allamah Ali Ghazanfar Kararwi said in his speech: "Even after the passage of centuries, the fans of Imam Husayn (peace be upon him) are at war with the Yazids of time and Yazidi powers. Husayni voices are speaking, but mischief-makers are bent on eradicating Husayni ideology and passion. The sacrifice of Imam Husayn was a unique and everlasting chapter of Islamic glory." 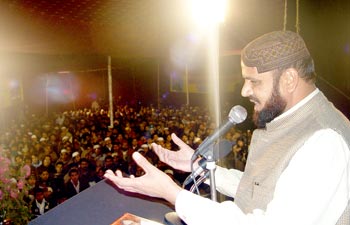 Nazim-e-Tarbiyyat Tehreek-e-Minhaj-ul-Quran, Allamah Sayyid Farhat Husayn Shah also addressed the audience. "Today it is Tehreek Minhaj-ul-Quran which is highlighting the message of Islam for which Imam Husayn sacrificed his life. Amid Shiah, Sunni, secretion and political rifts, Dr Muhammad Tahir-ul-Qadri is promoting peace and harmony." 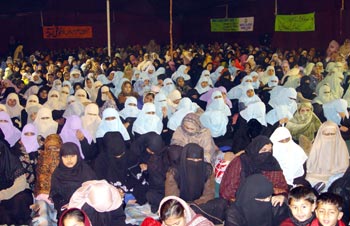 He also said that Allah's Messenger (may Allah send greetings and salutations on him) made his wife Umm-e-Salmah (may Allah be pleased with her) a witness to the tragedy of Karbala before its occurrence: he was witnessing through his Prophetic insight that, at the time of tragedy at Karbala, his only alive wife would be Umm-e-Salmah. That is why he gave her a bottle which contained earth from Karbala and informed her: When this earth turns into red blood, understand that my Husayn has been martyred. Umm-e-Salmah narrated that she saw Allah's Messenger (may Allah send greeting and salutations on him) in a dream on 10th Muharram with a bottle containing blood. Allah's Messenger (may Allah send greetings and salutations on him) said: (Today I have been at Karbala all day long. Wretched Yazid has martyred my grandsons.) This is the blood of Husayn and his companions which I have been collecting today." He quoted numerous references of the Hadith. He categorically stated that it is a fact that his sacred person was also present at Karbala tragedy. 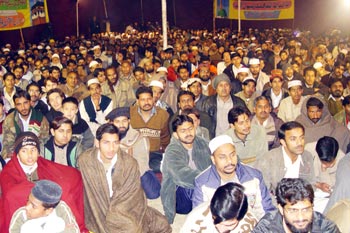 In the end he said that the need of the hour is highlighting that Ashur Day, sacred Muharram and martyrdom of Imam Husayn teach us peace and calm. This aspect of Islam must be underlined. Unfortunately, law and order in the country in this holy month is disturbing. Murders, sectarianism, bomb explosions, suicidal attacks and civil war are against the very spirit of Islam.

Evildoers of this type are neither Muslims nor humans. Today on Ashur day we should resolve to try to establish international peace.

The conference ended with sending Salam (greetings) on the Crown of Martyrdom, Imam Husayn. 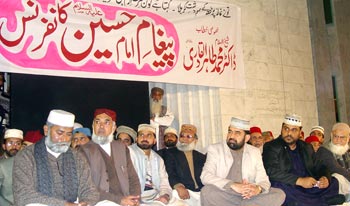 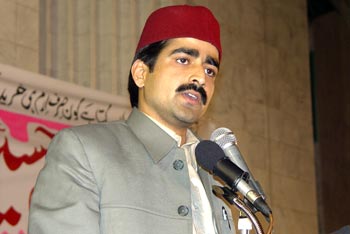 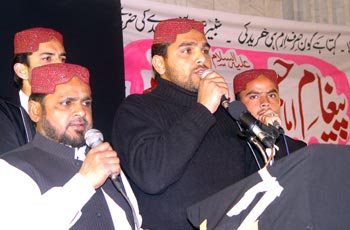 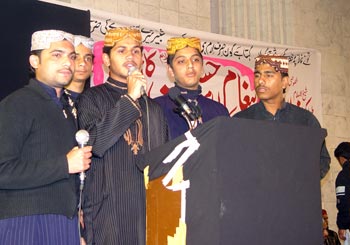 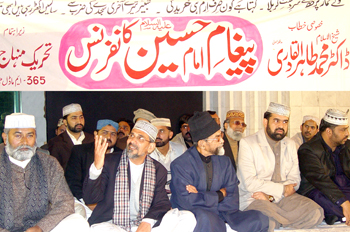 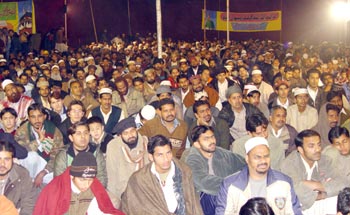 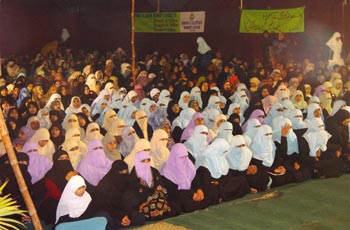