In his message on the International Mothers’ Day, Mrs. Farah Naz, President of Minhaj-ul-Quran Women, has said that the whole world is celebrating Mothers’ Day as an expression of gratitude to Allah Almighty for gifting it with such a priceless gift known by the name of mother. She said that existence of mother is another name of fragrance and light and both cannot be confined, adding it explains why the whole universe has been enveloped by the mother’s love.

Farah Naz said that no civilized society of the world can deny its importance of teachings ordained by Islam about respecting the blood relations. She said that Islam has assigned special importance to the rights of parents particularly the rights of mother. She said that mother’s love has been mentioned as an example in the Holy Quran to explain the love of Allah Almighty. She said that Minhaj Women League has dedicated the International Mothers’ Day to martyred mothers of Model Town tragedy, Tanzila and Shazia.

Farah Naz said that the meaning of the Hadith ‘paradise is beneath the feet of mother’ is that all worships together cannot be equal to the services and contributions of mother. She said that word ‘mother’ is such an expression of a feeling, which comforts minds and hearts. She said that Islam has assigned a special importance to the role of mother in upbringing and training of a child. She said that if we have a look at the lives of our forefathers, they appear to be dedicated to love of their mothers. She said that Hazrat Owais Qarni (RA) set out such a high standard of service and love of mother which serves as a beacon of light to the humanity. She said that we can strengthen and revive our weakening relationship by coming up to this standard. She said that today’s materialistic society has adversely affected the family system with the result that the parents’ respect has been confined to a ritual and old homes are becoming the places of refuge for old parents while the children are busy in accumulating wealth. 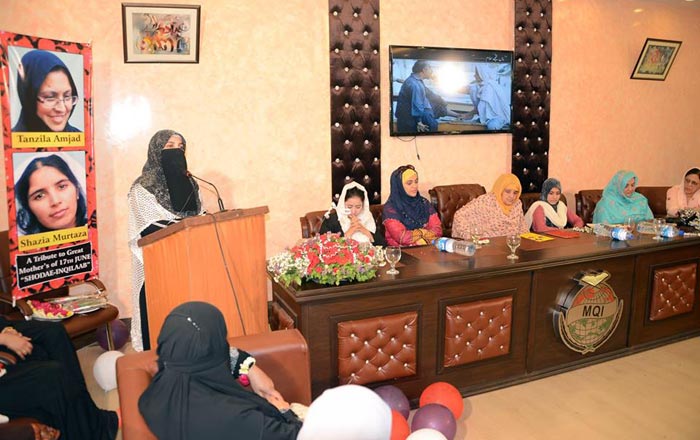