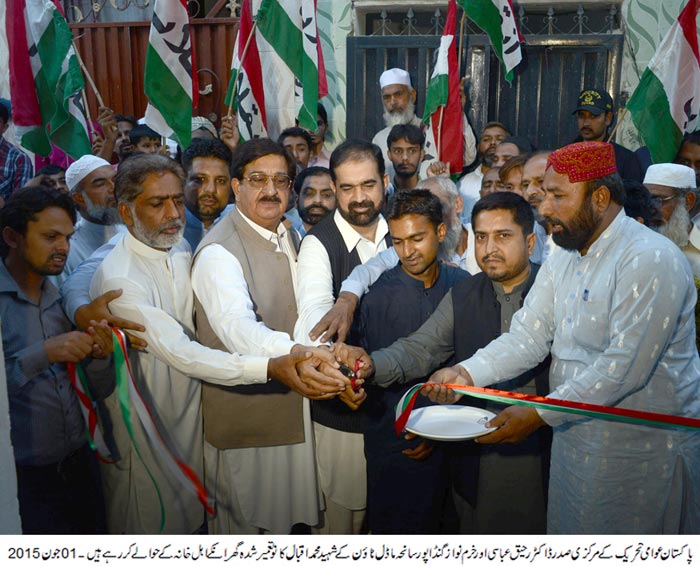 Expressing his views on the occasion, Khurram Nawaz Gandapur said that the family members of martyrs are the proud example of determination, patience and sacrifice. He said that we pay homage to the families of martyrs for their steadfastness. He said that the JIT report was got to induct a killer into the provincial cabinet, adding that it was the objective and mandate of the constitution of the JIT. He said that it is unfortunate that the investigation into Model Town tragedy has not been launched as yet. He further stated howsoever influential the killers may be but they cannot escape from the long hand of law.

The family members of Shaheed Muhammad Iqbal thanked Dr Tahir-ul-Qadri for fulfilling the promise of giving a house and taking care of the family and prayed for his long life. They expressed the resolve that they would not hesitate from offering any sacrifice for the sake of justice.

with the sons and family members of Sufi Iqbal Shaheed at occasions of handing over keys of newly built house. pic.twitter.com/uBBmtAfmnY