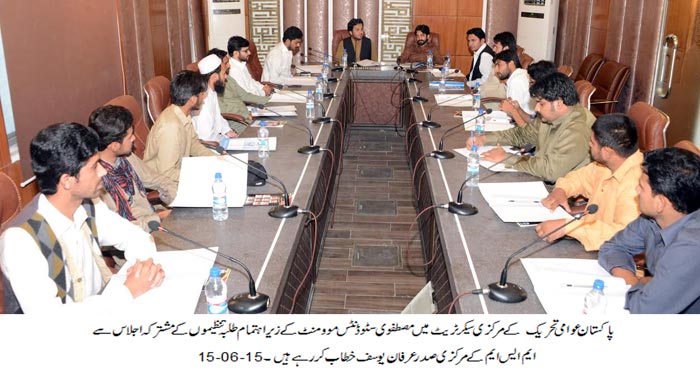 The students bodies agreed to wage a joint struggle to seek justice in Model Town case. A unanimous resolution was also adopted on the occasion, which demanded constitution of an impartial JIT to investigate the Model Town tragedy. It asked the government to immediately release the report of judicial commission and arrest the police officers and jawans who took part in the Model Town operation. It further asked the Chief Minister Punjab to leave his office till the decision of the court. It said that the Model Town case should be transferred to the military court for adjudication.

The MSM President thanked the student leaders for their support and said that a great oppression was committed in Model Town, adding that raising voice against this oppression is the responsibility of every citizen. He also invited the student leaders to attend the condolence and protest meeting being held today to mark completion of one-year of Model Town tragedy. The leaders expressed their willingness to participate in the meeting. A united student’s alliance was also established in the meeting.