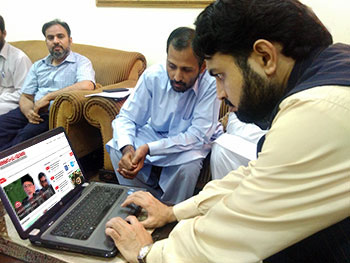 The staff members of Minhaj Internet Bureau (MIB) held a meeting with the Chairman of MQI Supreme Council Dr Hassan Mohi-ud-Din Qadri on June 22, 2015. He inaugurated the new version of www.minhaj.org, the main MQI website on the occasion. Dr Raheeq Ahmad Abbasi, Sheikh Zahid Fayyaz and other leaders were also present in the meeting.

Director MIB Abdul Sattar Minhajian gave a detailed briefing about the website. He told the Chairman of the Supreme Council that redesigned new version of the main website, which has been equipped with the state-of-the-art technical requirements, is not only beautiful to look at but also offers a number of facilities to the users. He said that the new design of the website is responsive and use-friendly to all kinds of the users’ requirements where they can use it pretty easily on their smartphones and tablets of any size. He told that the new version of the website, which has been developed in Urdu, English and Arabic languages, has a ‘search’ facility on the patter of Google.

The meeting was also informed that like other websites developed by Minhaj Internet Bureau, all material of this website has also been organized in the form of a database starting from year 2003. Thus the data of activities taking place for last 12 years under MQI and all of its forums has been archived in www.minhaj.org. Based on this centrally managed database, new websites are being designed and handed over to the oversees organizations and district chapters of the party and its forums. Till the day of inauguration of new version of the website, special online pages of 30 foreign chapters and 70 districts have been designed, which will then be converted into self-contained websites in due course of time.

In addition to slides and the featured news on the home pages of the websites of foreign and district party chapters, the decade-old news items of Minhaj Women League, Minhaj Welfare Foundation, and Pakistan Awami Tehreek have been shown separately. Historical background of MQI in respective countries, pictures of Islamic centres located there, their addresses and names and pictures of office holders are also being posted online on the websites. The local and district websites are being developed in Urdu and English languages.

The new version has given a facility to the users that they will be able to subscribe in order to stay updated on the latest news being uploaded on the website. Under this process, a news item will be sent to the subscribers soon after its uploading on the website through an automatic system.

On the conclusion of the meeting, Dr Hassan Mohi-ud-Din Qadri congratulated the whole team of Minhaj Internet Bureau on their excellent efforts. He also instructed the overseas chapters of the party to appoint an IT knowing representative who should be able to provide the updates to the central secretariat immediately and be responsible for running the local website.

It is pertinent to mention here that Minhaj Internet Bureau is the directorate located at the central secretariat, which is responsible for developing softwares and websites of MQI, PAT and all other forums. It has, so far, designed 65 websites and more than 20 softwares. This Bureau is making endeavours to promote and propagate worldwide Shaykh-ul-Islam Dr Muhammad Tahir-ul-Qadri’s message of love, peace and interfaith dialogue and the efforts MQI is making for translation of these lofty ideals into reality so that misperceptions about Islam could be addressed and real face of Islam could be shown to the world. For this purpose, the MIB teams are doing their duty in the cyber space by keeping the modern requirements in view. 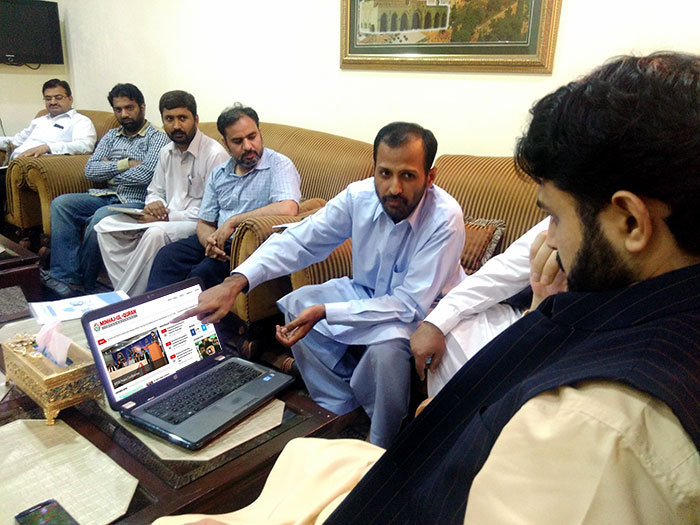 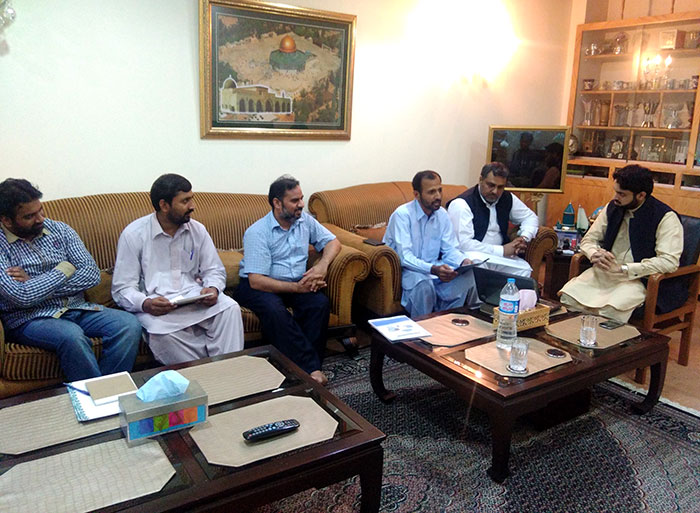 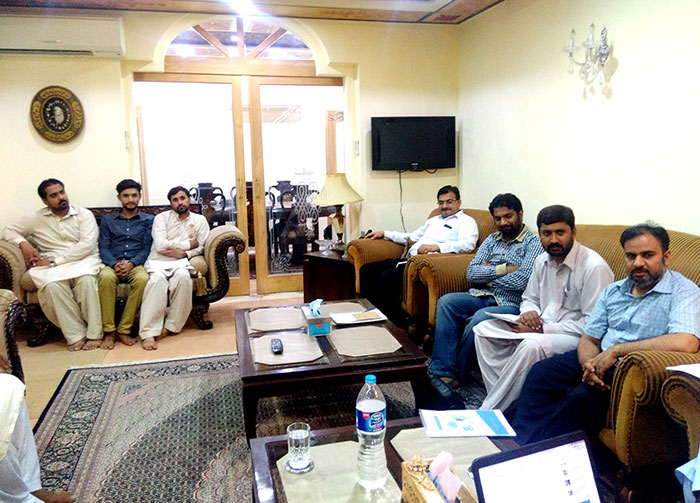 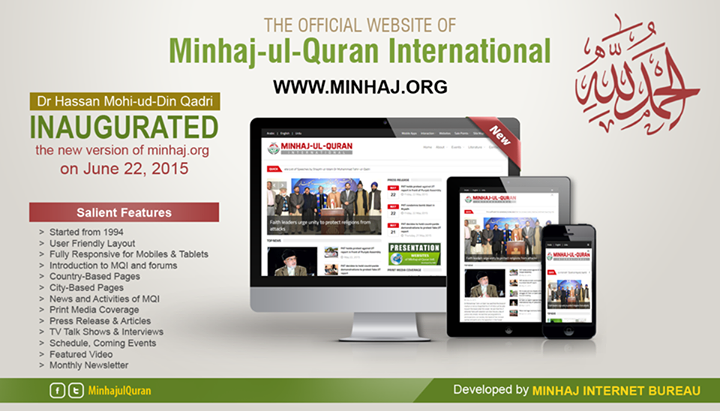