LG Ordinance of Punjab repugnant to Article 140-A of the Constitution: Dr Tahir-ul-Qadri 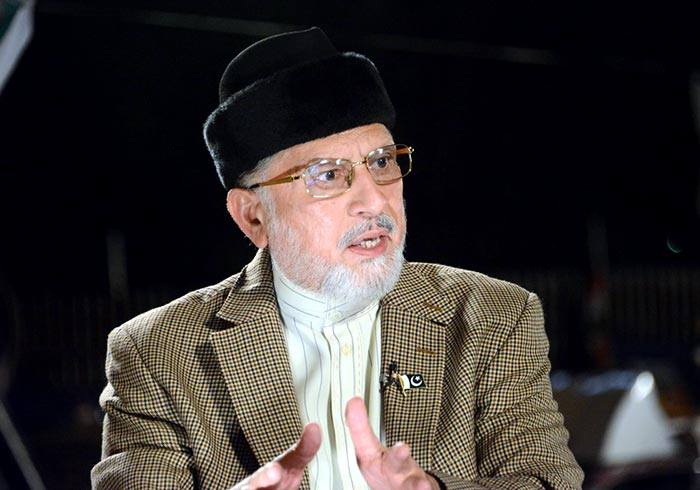 The PAT leader expressed these views while addressing a consultative meeting of the party on July 24, 2015. He said that Article 140-A of the constitution clearly stipulates that “every province through legislative enactment will establish a system of local government and transfer political, administrative and fiscal powers and responsibilities to the elected representatives of the local governments.” He said that the said Article has made it manifestly clear that the management of the local government institutions will be handed over to the elected representatives but the Governor of Punjab has issued the Ordinance in violation of the Constitution that is aimed at snatching fiscal and administrative powers and holding indirect elections on the seats of labour, women and minorities.

Dr Muhammad Tahir-ul-Qadri said that such is the level of lawlessness in the province that the Punjab Assembly passed a Local Government Act and made electoral process part of law through six ballot papers but the Governor of the province issued an Ordinance at the behest of the Punjab government over and above the Act approved by the Punjab Assembly, which is based on ill-will. He said that the constitutional privilege of the assembly has also been breached through this unconstitutional act. He said that it is surprising to see that the house of Punjab Assembly consisting of 371 members is silent on this Ordinance. He said that an MPA’s privilege is readily breached when a traffic warden stops his car but it is quite astonishing to see that no one is really bothered on the fact that the privilege of the whole house has been violated with abandon by issuing an Ordinance over and above the Act passed by the Punjab Assembly.

The PAT chief said that the government says that it consulted the Election Commission in connection with the said Ordinance but the people want to know under what law this consultation took place between the government and the Election Commission. He said that according to the constitution, it is ECP’s constitutional obligation to hold LG elections. He asked the Election Commission to stay away from taking unconstitutional steps in Punjab. He said that the Punjab government wants to further delay the holding of LG polls because the rulers are afraid of adverse reaction from the masses in the elections over load-shedding and flood devastation, adding that it is for this reason that they have been doing such acts for last seven years as cause more delay in the conduct of LG polls.

Dr Tahir-ul-Qadri asked the Punjab government to withdraw the said Ordinance. He said that the Punjab Governor acted against his position and oat by signing the Ordinance without thinking through it. He said that the word ‘elected’ needs to be interpreted afresh, further stating that its sole interpretation is not the exclusive prerogative of the government. He further said that the Punjab government wants to get electoral results of its liking by holding the elections in areas along GT Road in the first phase so that a winning trend could be set for the rest of Punjab. He said that a whopping sum of money has been allocated in the recent budget for development works in villages with a view to influencing the elections, adding that the discretionary use of this money is being made as grants of millions of rupees are being given to MNAs and MPAs of the ruling party, which is pre-poll rigging.

Dr Qadri said that the Punjab Chief Minister sat on the release of funds for repair and rehabilitation of thousands of kilometres of farm-to-market roads for last seven years with the result that these roads have become dilapidated. He said that as soon as the Supreme Court ordered the holding of LG polls, the Punjab CM was reminded of the need to repair the damaged roads in the province. He demanded that unless the process of LG polls completes, all local government funds should be frozen forthwith with the proviso that only the elected representatives of the LG governments should spend those funds. He, however, added in the same breath that there is little difference between the ill-will of the government and studied silence of the Election Commission. He further said that the government has reduced the fiscal and administrative powers of the LG institutions though Local Government Ordinance, which is violation of Article 140-A. He said that the rulers want the powers of the LG institutions to be confined to rolling out red carpet welcome to the visiting ministers and government high-ups.