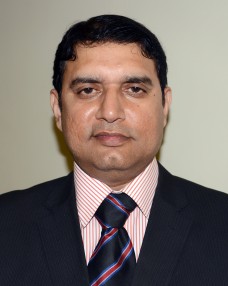 Talking to media men in the context of October 12, a day when the military staged a coup and deposed the government of Nawaz Sharif, PAT central Secretary Information Noorullah Siddiqui has said that the incident of October 12 was the result of policy of clash with the state institutions. He said that the same policy continues to be implemented even to this date and Parliament is being used to pour poison against the national security institutions. He said that Senator Mushahidullah has been spitting venom repeatedly. He asked the former PML-N minister to clarify his position as to whose agenda he is fulfilling.

Noorullah Siddiqui said that if the rulers will muzzle freedom of expression, bulldoze fundamental rights and perpetrate the Model Town-like carnage for the sake of their power, then then the sword of nature will swing into action. He asked what kind of politics, democracy and patriotism it is if the chief of the army staff is stopped from landing in his own country and his plane is forcibly directed towards India. He said that after the Model town tragedy, the government is not left with any moral and legal justification to stay on in power. He said that these rulers have the history of snatching from their opponents the right to life and they continue to be on the same path even today. He said that Model town and D-chowk tragedies, murder of political workers in Faisalabad and NA-122 constituencies in Lahore are the living example of this mindset.

The PAT Secretary Information further said that the then government was harsh towards and used heavy-handed tactics against opposition before the October 12, 1999. He said that political workers were subjected to the worst torture and abuse in the name of accountability and the Kashmir was bargained under the garb of the Lahore Declaration. He said that Pakistan faced bankruptcy and all state institutions such as army, judiciary and media were gravely undermined. He said that this was the train of events, which led to the army coup on October 12, adding that sweets will also be distributed when they leave power this time round as well. He said that the PAT believes in democratic values and is of the considered view that the military should not intervene in politics. He, however, added in the same breath that when the political autocracy crosses all barriers, the people start looking towards the military.