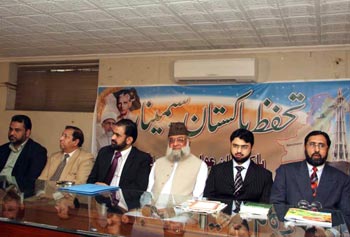 The programme started with the recitation from the Holy Quran followed by presentation of Naat. 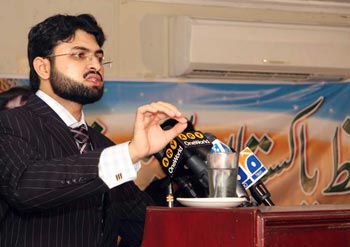 Addressing the seminar, Sahibzada Hassan Mohi-ud-Din Qadri said that the Quaid-e-Azam had declared the Holy Quran as the constitution of Pakistan but the impunity with which human rights were being violated was never observed in the past. Pakistan had been suffering from numerous problems for the last many decades, but no sincere effort was made to solve them in the larger interest of people of the country. Pakistan needs such a dynamic and visionary leadership for the resolution of all outstanding problems who has the capacity and competence to implement the socio-economic order of Islam and eliminate the unjust concentration of wealth in a few hands. He said we needed to revert back to the Holy Quran and the Prophetic Sirah as our role model.

In his speech in the seminar, PAT President Sahibzada Faiz-ur-Rehman Durrani said that the country was facing leadership crisis of acute proportions. The continuous struggle was the only way to transform this decline into glory. The solution of Pakistan's problems lay in the sincere and able leadership. We would have to concentrate on the formation of long-term policies. 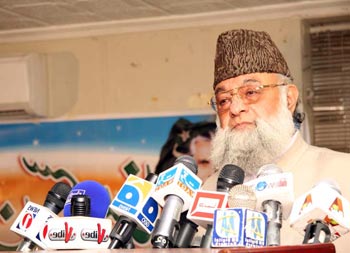 Nazim-e-Ala Dr Raheeq Ahmad Abbasi said in his speech that Pakistan's security was gravely endangered.  Pakistan is a body and the ideology of Islam was its soul. He said the focus has been shifted onto the theme of security and protection of Pakistan due to the fact that the spirit of Pakistan has been undermined. Ideology of Pakistan was under constant attack in the name of modernism, terrorism and extremism. The survival of Pakistan lay in moderation and tolerant attitudes.

He said when we look back at the freedom struggle from historical perspective; we come to the conclusion that its objectives have not been achieved so far. We need to revisit the aims and objectives, which characterized the freedom movement and for which unlimited sacrifices were rendered. It was for sure that the gigantic struggle could not be launched for a mean purpose. All the efforts, on the other hand, were aimed at great ideological, spiritual and civilizational purposes.

He said the conception of Pakistan as suggested by the Quaid-e-Azam in his numerous speeches and writings, is so comprehensive that we can successfully respond to the contemporary problems by implementing his vision. We can also move forward in the comity of nations as a self-respecting and proud nation, which is not only fully capable of overcoming all the challenges but is also firmly committed to its value system and ideology. This was the main point, which found its expression through speeches of the Quaid-e-Azam. Whenever the great leader talked of identity of Pakistan in the light of Islamic teachings, he meant what he said. The Quaid's conception of Pakistan is based on the Islamic principles of justice and fair play, which lead to the formation of a modern Islamic welfare state. 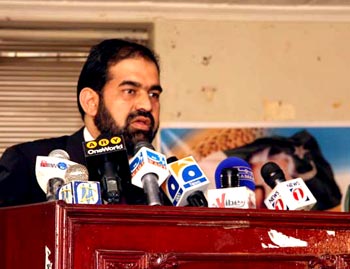 He emphasized the need of reconnecting ourselves to the Quaid's teachings and ideas with complete sincerity and determination for the purpose of achieving a strong, stable and developed country, which we may bequeath to our future generations.

Speaking at the occasion Secretary General PAT Anwar Akhtar Advocate said that the country was exposed to perils at ideological and geographical levels. The feeling of deprivation of the smaller provinces was increasing. The monster of load shedding, dearness, terrorism and unemployment was eating into the vitals of the nation. The feeling of despondency and insecurity was endemic everywhere. He said the reason of all this malaise lay in the deviation from the Ideology of Pakistan. No long-term and consensus-based policies were adopted. The nuclear power of Pakistan, which is otherwise a huge strategic asset for the country, has become source of problems for the country. He held the incompetent leadership responsible for this. He said Pakistan needed such a leadership which is committed to the vision and thoughts of Quaid-e-Azam and Allama Muhammad Iqbal. The Islamic world has such leadership in the person of Shaykh-ul-Islam Dr Muhammad Tahir-ul-Qadri. Chaudhry Sharif, Sheikh Zahid Fayyaz, Farah Naaz, Dr Taveer Azam Sandhu, Sohail Raza and Hafiz Ghulam Farid also spoke in the seminar. 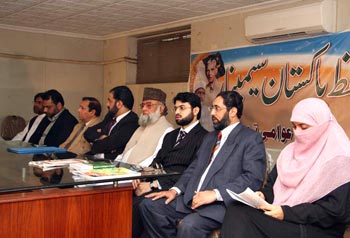 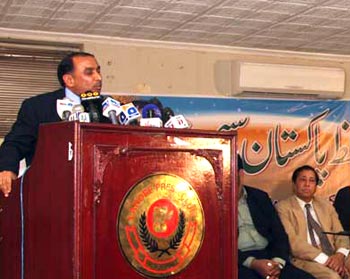 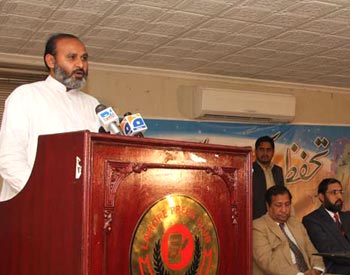 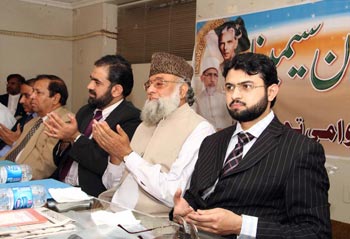 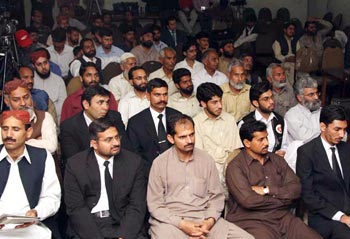