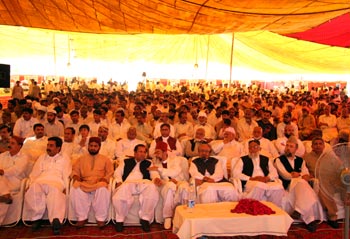 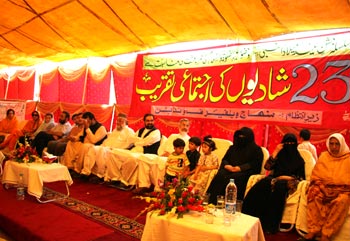 Minhaj Welfare Foundation (MWF) organized a splendid ceremony of the congregational marriages of 23 couples at the Central Secretariat on April 13, 2008. This ceremony was arranged in connection with the ongoing celebrations marking the birth anniversary of the holy Prophet (saw). A vast and well-decorated venue was set up in the ground facing the Central Secretariat. The proceedings of the ceremony got underway at 10:00 am. A red-carpet welcome was given to the brides, grooms along with their relatives on their arrival at the Secretariat. The reception Committee of MWF received the guests. Children showered rose petals on them at this occasion. Fifty guests accompanying every groom also attended the ceremony. Women of Minhaj ul Quran Women League were present to welcome the brides and seated them at their specified chairs. On the right and left sides of the main stage were seated brides and grooms respectively. 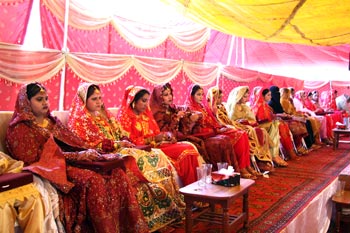 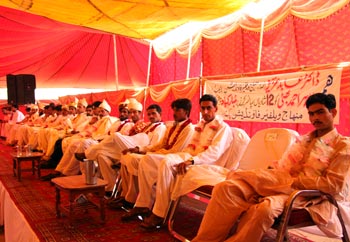 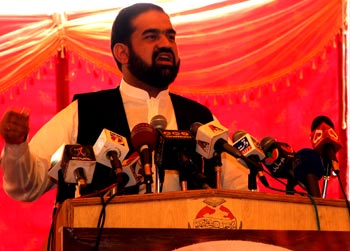 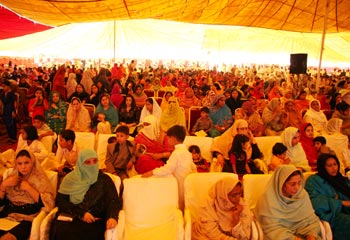 The ceremony formally started with the recitation from the Holy Quran by Qari Allah Baskh Naqshbandi at 11:30 a.m. Afterwards, Naat was also recited. Mr. Toqueer Awan conducted the proceedings of the programme. Director Minhaj Welfare Foundation Mr. Aqil Malik presented the welcome address and thanked all the guests for their arrival and keen interest in the programme. He said that all of us were gathered that day at the occasion of congregational marriages in connection with the celebrations of Milad of the Holy Prophet (saw). Our efforts are aimed at achieving the welfare of people and it is for this purpose that the ceremony of congregational marriages has been arranged. Marriages of 325 couples had already been arranged under the banner of MWF. He said we picked up individuals belonging to the deserving families and have given a complete dowry to the brides and grooms including such items as double bed, sofas, four chairs, table, pedestal fan, CD&DVD player, a large-sized box, washing machine, Iron, clothes, bridal dresser, the Holy Quran and CDs of Shaykh-ul-Islam Dr Muhammad Tahir-ul-Qadri in addition to the jewelry of gold. 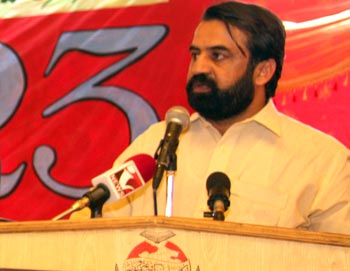 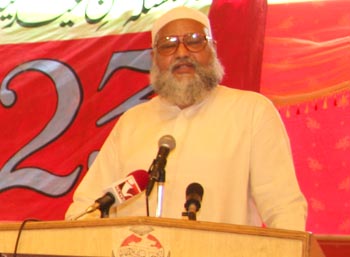 He said we have served the suffering humanity in Pakistan and abroad on the platform of MWF. We have given aid of millions of rupees at the occasion of every natural disaster. Shaykh-ul-Islam Dr Muhammad Tahir-ul-Qadri established MWF for the welfare of common people and this mission would continue till eternity. Speaking at the occasion Naib Nazim-e-Ala Sheikh Zahid Fayyaz said that it was a happy occasion for all of us that we were gathered in the ceremony of collective marriages. He extended his felicitation to MWF for this noble work saying that Minhaj-ul-Quran International is representative organization of each section of society. He said that our religion commanded us to share the happiness and grief of our co-religionists. If such activities of welfare were started at the governmental level, no daughter would have to wait for her marriage. He said that it was firm determination of MQI that it wanted to establish such a society where there would be no difference in the status of the poor and the rich. 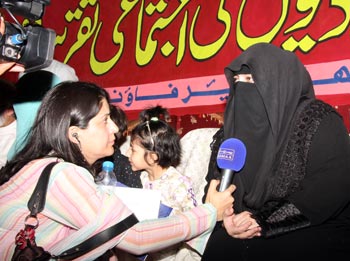 Nazim-e-Ala Dr Raheeq Ahmad Abbasi said in his talk that Minhaj-ul-Quran International has conveyed the message to the world through such welfare-oriented activities that we would leave no stone unturned to provide succor to the less privileged and marginalized sections of the society. When Shaykh-ul-Islam set up MWF, it was resolved that welfare of people would be carried out on the basis of principle of self-help. We have continued to move on with this determination. We never waited for any governmental assistance for congregational marriages, rather distributed happiness under the concept of self-help. This is not less than worship in the present times. He said in this day and age dominated by materialism, MQI under the inspiring leadership of Shaykh-ul-Islam Dr Muhammad Tahir-ul-Qadri has resolved that no daughter and son of Islam would remain unmarried due to lack of financial resources and poverty. We also urge the government to formally launch a campaign for congregational marriages of the deserving and poor sections of society. Other speakers also addressed the audience at the occasion and appreciated the efforts of MWF. A large number of representatives of electronic and print media were also present at the occasion. Qari Allah Bakhsh Naqshbandi solemnized the Nikah of each bride and groom separately. Miskin Faiz-ur-Rehman delivered the Nikah address and led the concluding prayer. At the end of the programme, delicious Walima food was served to the guests. All guests also visited the stalls of dowry. 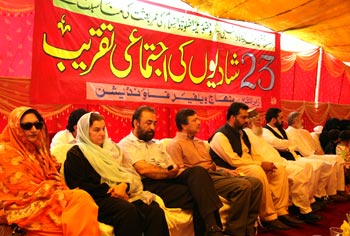 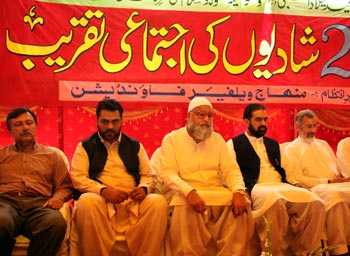 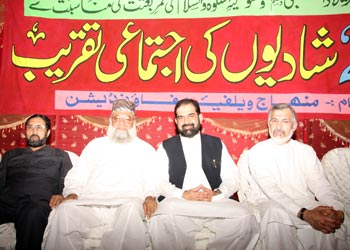 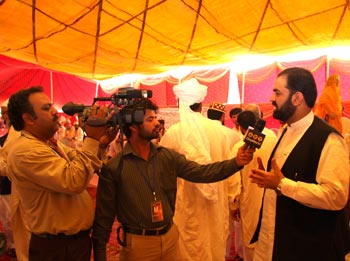 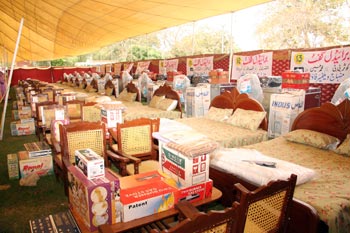 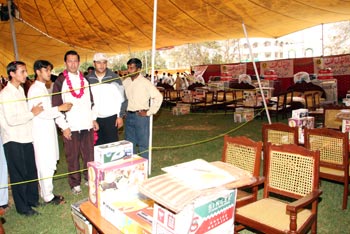 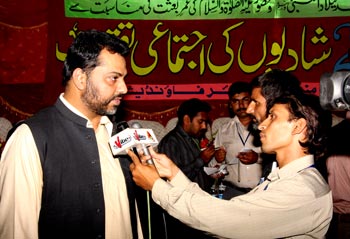 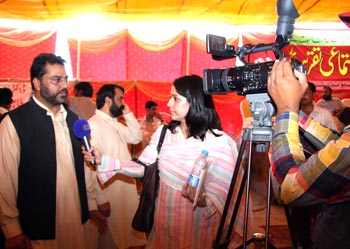 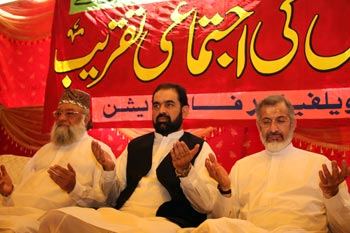