MQI announces to challenge indictment of workers in LHC

Rai Bashir Advocate, the head of new legal team in connection with the Model Town case, has announced to challenge the indictment of the MQI workers by the anti-terrorism court in the Lahore High Court. He appeared in the court as new lawyer yesterday. He said that the principles of justice and law have not been met in the indictment of the workers under the FIR lodged by police. He said that it was responsibility of prosecution to hand over complete record of allegations but it was not done.

The MQI lawyer said that our legal application for provision of record under 265 C was rejected, which will be challenged in the LHC. Talking to the media along with Mian Faiz Ali, Malik Yasir, Abdul Ghaffar, Syed Basam Gilani, Naeem-ud-Din Chaudhry and Nasir Advocate, Rai Bashir Advocate said that one-sided proceedings of the greatest legal case of the national history are underway in the court and rules and laws are being violated with abandon. He said that the same case and the incident have been divided into four parts under a carefully calibrated plan and effort is being made to use the situation for benefit of some important personalities.

Meanwhile PAT Secretary General Khurram Nawaz Gandapur, Chief Coordinator Major (r) Muhammad Saeed and Secretary Information Noorullah Saddiqi have said that those of the employees scapegoated by police are now churning out inside story and revealing the names and addresses of the officers who ordered them to fire. They said that despite this, the honourable judges are bent on proving the heirs of martyrs as offenders. They said that there is utter helplessness in the anti-terrorism court. The leaders said that shedding of this blood of innocent people will not go to waste. They said that the rulers are not in favour of constituting new JIT for fear of real facts and proofs coming to the fore. 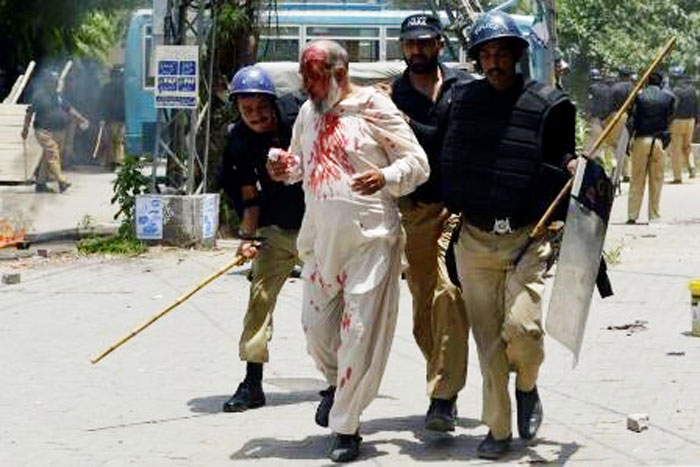