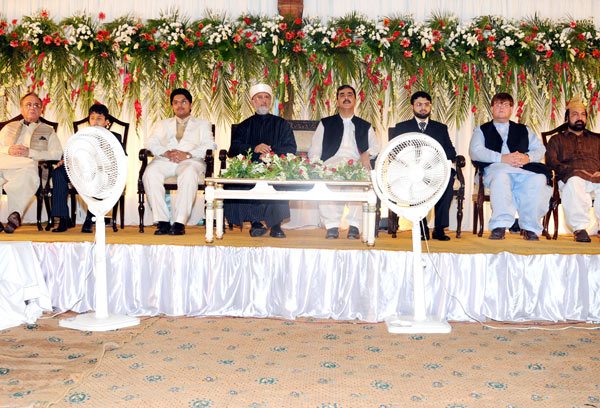 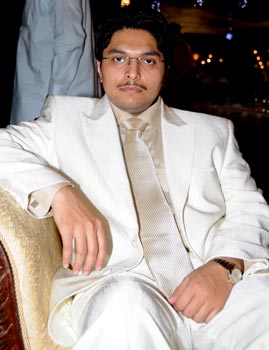 The Walima function of Sahibzada Hussain Mohi-ud-Din Qadri, the son of Shaykh-ul-Islam Dr Muhammad Tahir-ul-Qadri, was held in the Minhaj University Township on June 28, 2008. Prime Minister of Pakistan, Syed Yousuf Raza Gillani, graced the occasion as the guest of honour. The function was attended by a large number of people from diverse walks of life including prominent religious scholars, actors, politicians, technocrats, lawyers, and doctors etc. Separate arrangements were made for women in the Minhaj Girls College. 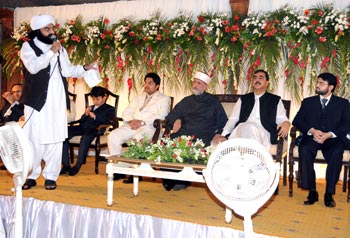 The venue was set up in two parts. Beautiful canopies were erected on the central venue, whereas chairs and tables were set up in the open air. The honourable guests started arriving at 9 p.m. Nazim-e-Ala Dr Raheeq Ahmad Abbasi, Sheikh Zahid Fayyaz, G.M. Malik, Anwar Akhtar Advocate and other central leaders were receiving the guests. 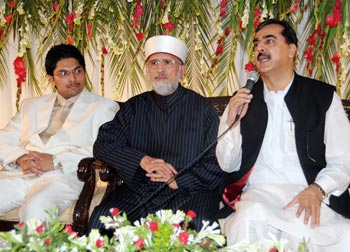 Prime Minister Syed Yousuf Raza Gillani came to the Walim function at 10:45 pm. Afterwards, the reception got underway formally with the recitation of the Holy Quran by Qari Allah Baksh Naqashbandi. Jamshed Azam Chishti presented Naat. The renowned compare of Q TV Sahibzada Tasleem Sabri conducted the proceedings of the programme. Pir Syed Naseer-ud-Din Nasir Shah presented his special 'Kalam' as 'Sehra' to Sahibzada Hussain Mohi-ud-Din Qadri. After that, Shaykh-ul-Islam Dr Muhammad Tahir-ul-Qadri welcomed the honourable guests. He said, "I welcome every guest to the Walima reception including PM Syed Yousuf Raza Gillani." Addressing the American Consulate Shaykh-ul-Islam said Pakistan is a peaceful country and its citizens are a peaceful people. Islam is against every kind of terrorism. We believe in the culture of mutual love, peace and brotherhood. Minhaj-ul-Quran International is busy spreading this mission of peace around the globe. Unfortunately the anti-Pakistan elements have put a label of terrorism on Pakistan but in reality we are a peaceful nation. 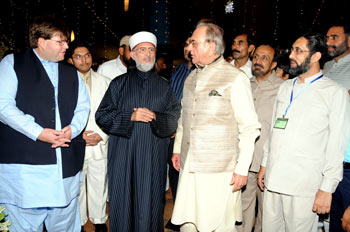 About Pir Syed Naseer-ud-Din Nasir Shah, Shaykh-ul-Islam said the 'Sehra' that he recited is the result of his love for Sahibzada Hussain Mohi-ud-Din Qadri and he was thankful to him for that. At the end, Shaykh-ul-Islam again thanked all the guests on their participation in the Walima reception.

After the brief speech of Shaykh-ul-Islam, PM Syed Yousuf Raza Gillani answered a number of questions of journalists. The media men interacted with the PM and put questions to him about the situation in the country. The private TV channels telecast live this portion of the programme. After a stay of about one hour, Prime Minister went back.

At 11:30 pm the food was served on the tables of the honourable guests. Shaykh-ul-Islam went to the guests in the Walima and met them. Sahibzada Hassan Mohi-ud-Din Qadri, Sahibzada Hussain Mohi-ud-Din Qadri and Sahibzada Hammad Mustafa Al-Madani and other central leaders of MQI were also with him at that occasion. He welcomed and met the religious scholars separately who came from across the world to attend the function.

After these meetings and interaction, Shaykh-ul-Islam Dr Muhammad Tahir-ul-Qadri had food with over a two dozen guests at the table to the right of the central stage. He exchanged views with them on matters of mutual interest for half an hour. All the guests and religious scholars congratulated him on the marriage of Sahibzada Hussain Mohi-ud-Din Qadri. He again thanked them. At 12:30, the ceremony came to end with the special Dua led by Shaykh-ul-Islam Dr Muhammad Tahir-ul-Qadri. The return of guests continued till 1 am. These honourable guests were given gift packs containing a DVD of the introduction of MQI. 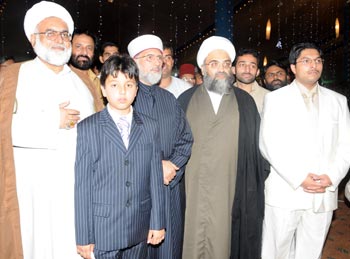 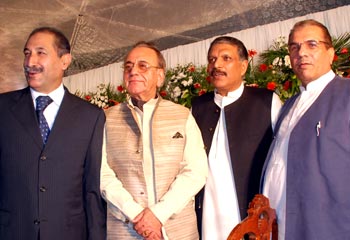 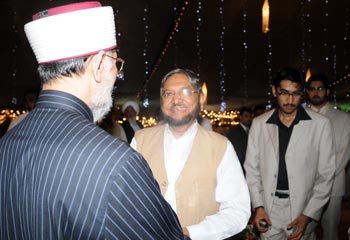 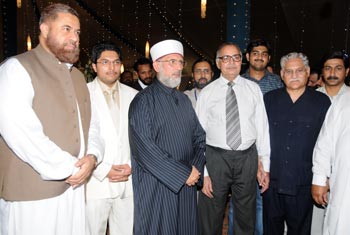 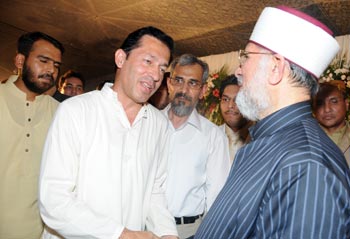 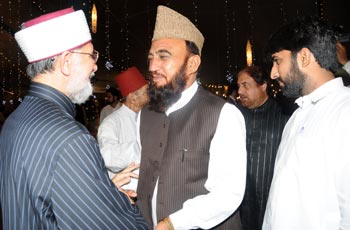 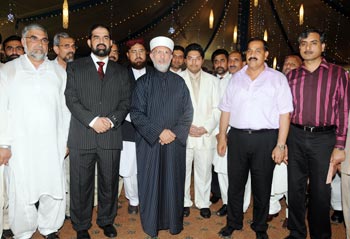 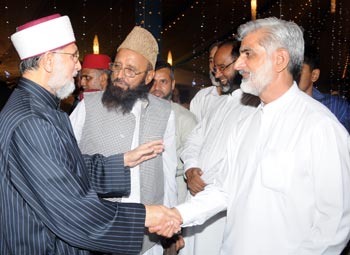 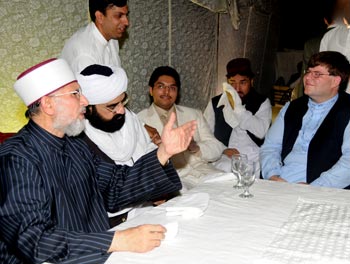 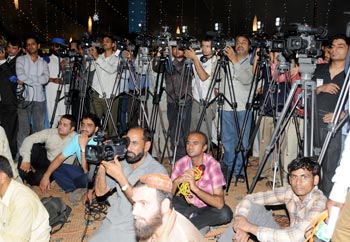 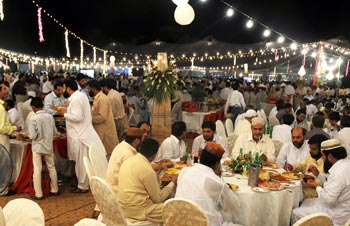