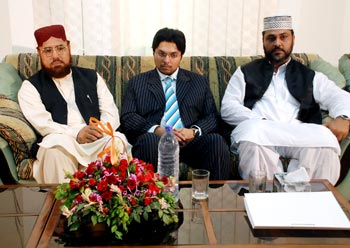 The proceedings of the party got under way with the recitation from the Holy Quran followed by Naat that was presented by Mr. Abdul Basit.

In his welcome address, acting Nazim-e-Ala Sheikh Zahid Fayyaz said that Sahibzada Hussain Mohi-ud-Din Qadri, after his MBA from France, remained associated with Lahore University of Management Sciences (LUMS) in the capacity of a research fellow. Now he is proceeding for Australia for his PhD. He said we were proud that the thesis of his PhD was Global Political Economy. He said during his stay in Pakistan, Sahibzada Hussain Mohi-ud-Din Qadri has written two comprehensive books on sugarcane industry and sugarcane ethanol as an alternate fuel for Pakistan. The inauguration ceremony of both these books will be held soon. 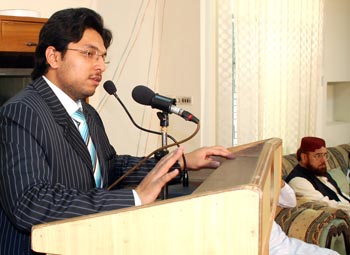 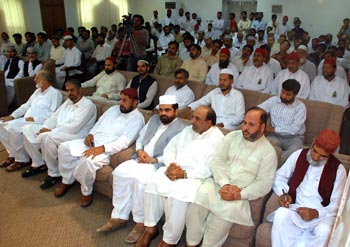 Addressing the audience, Sahibzada Hussain Mohi-ud-Din Qadri said he would devote himself wholly for the solution of issues facing Pakistan and Muslim Umma after completing his education. He said Shaykh-ul-Islam Dr Muhammad Tahir-ul-Qadri was busy with full devotion for the solution of problems facing Pakistan and the Muslim Umma. He said Pakistan was up again many crises and it needed sound planning and effective strategy to come out them.

Director Foreign Affairs, G.M. Malik, said Minhaj-ul-Quran International has the alternative leadership in the persons of Sahibzada Hussain Mohi-ud-Din Qadri, Sahibzada Hassan Mohi-ud-Din Qadri and other leaders and all of us were thankful to Allah Almighty for this blessing. The ceremony concluded on the Dua led by Allama Hafiz Nazir Ahmad. 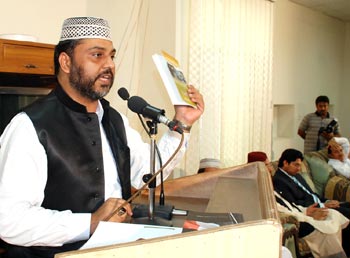 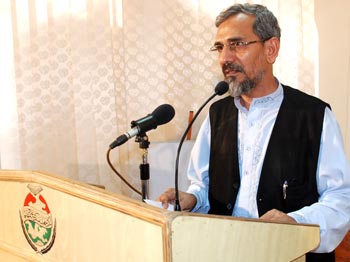 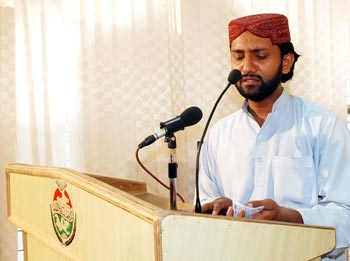 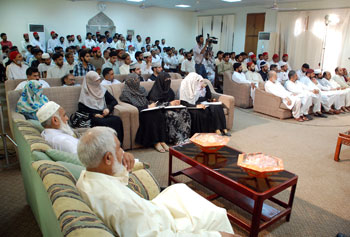