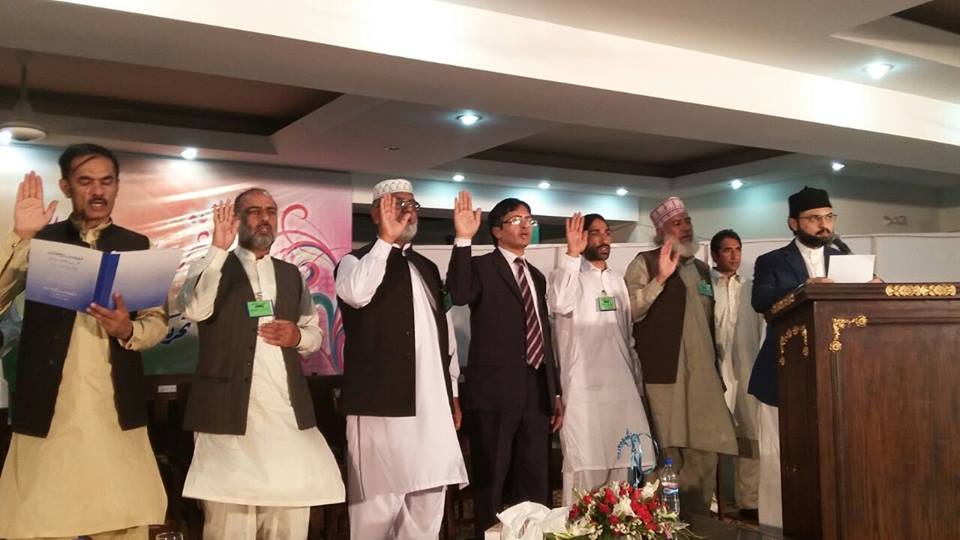 The oath-taking ceremony of MQI Central Punjab was held at the central secretariat on May 1, which was presided over by MQI Secretary General Khurram Nawaz Gandapur. Dr Hassan Mohi-ud-Din Qadri, Chairman of MQI Supreme Council, was the guest of honors on the occasion. The ceremony was attended by district presidents, and office holders of PP and union councils of central Punjab.

The proceedings of the oath-taking ceremony started off with the recitation from the Holy Quran by Qari Riasat Ali Chadhar followed by Naat which Rana Rubnawaz Chadhar had the honors of presenting. Babar Chaudhry, Syed Mahmood-ul-Hassan Jafari and Syed Mujhadi Farhat-ul-Hassan conducted the proceedings of the programme. Around 1200 office holders attended the ceremony.

Every office holder was given a file containing information regarding responsibilities, oath letter, and booklet of introduction etc. Engineer Rafique Najam thanked the guests for coming all the way. He threw light on the personality and work of Dr Tahir-ul-Qadri in an argumentative and attractive manner.

Dr Hassan Mohi-ud-Din Qadri administered oath to the office holders. He congratulated all the office bearers on assumption of their responsibilities. He announced Gold Medal on excellent services rendered by Engineer Rafique Najam for strengthening of MQI and making membership drive a huge success. He also gave him the title of ‘Najam-ul-Tehreek’.

MQI Secretary General Khurram Nawaz Gandapur showered his appreciation on the central Punjab chapter of MQI for its excellent performance. He gave a meaty talk on requirements of revolutionary struggle and our responsibilities in the light of the verses of the holy Quran. He said that the sun of revolution will soon emerge. Talking about the sacrifices of the Model Town martyrs, he said that their blood will be instrumental in revolution. 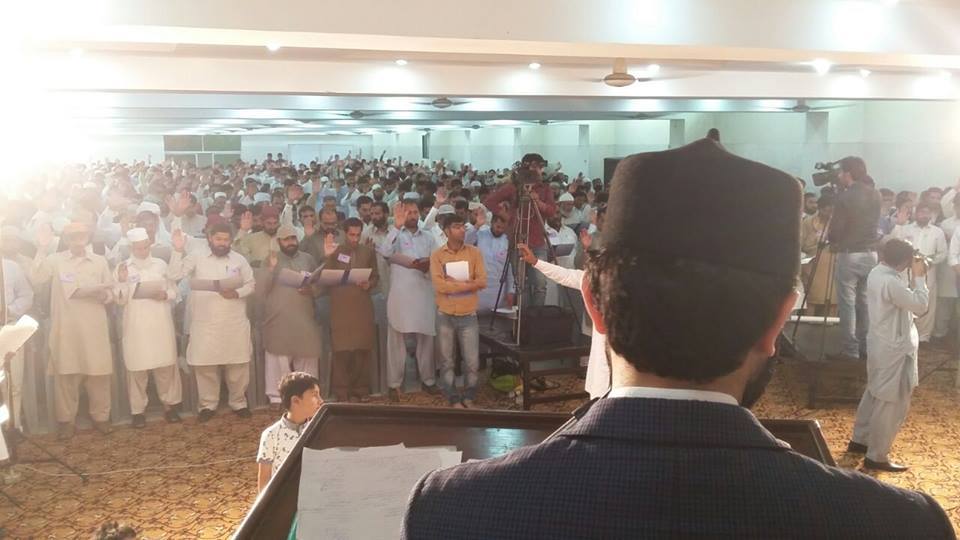 The organizations which were awarded for their excellent performance included: 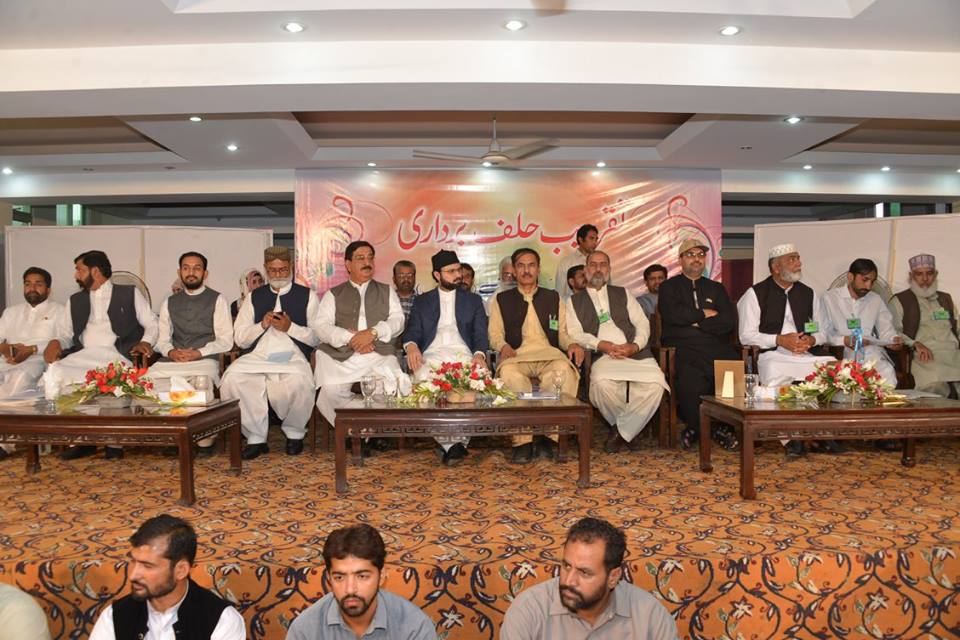 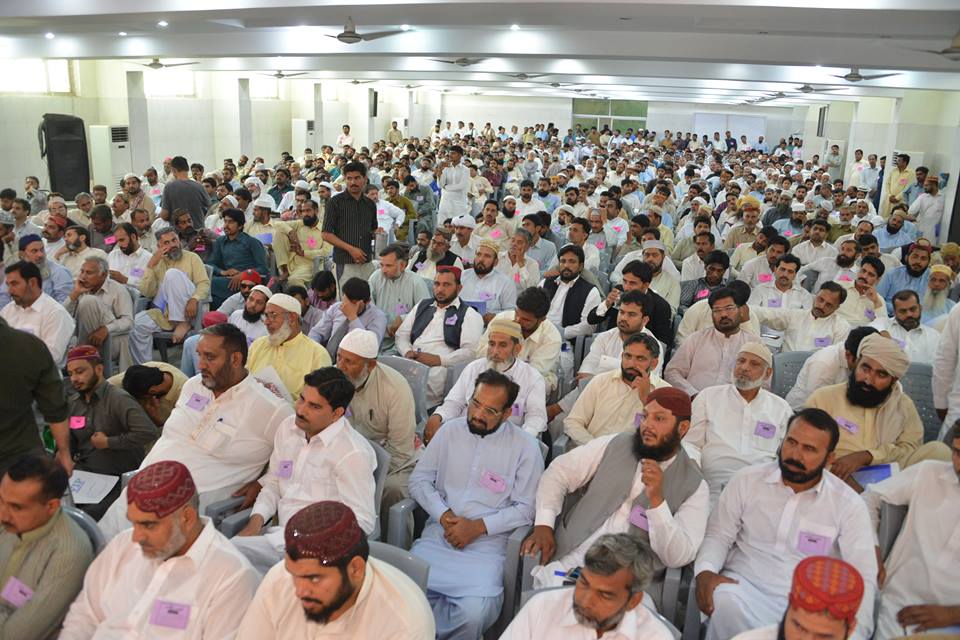 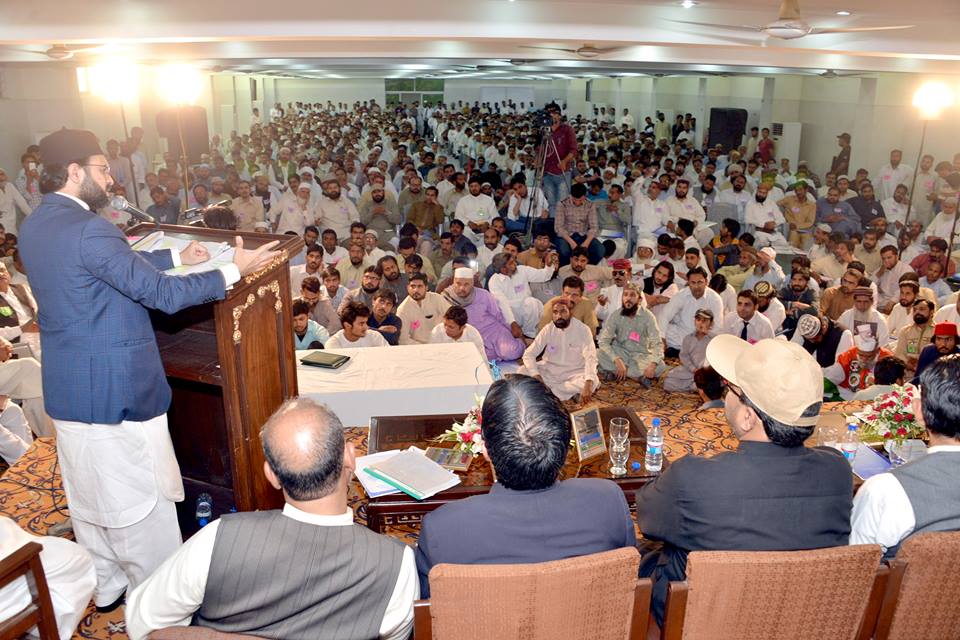 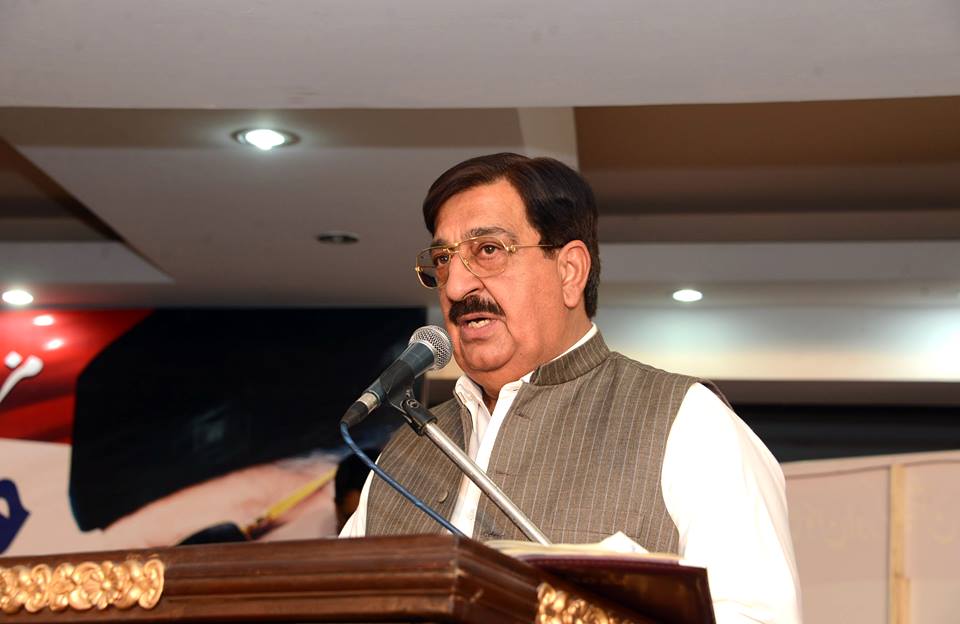 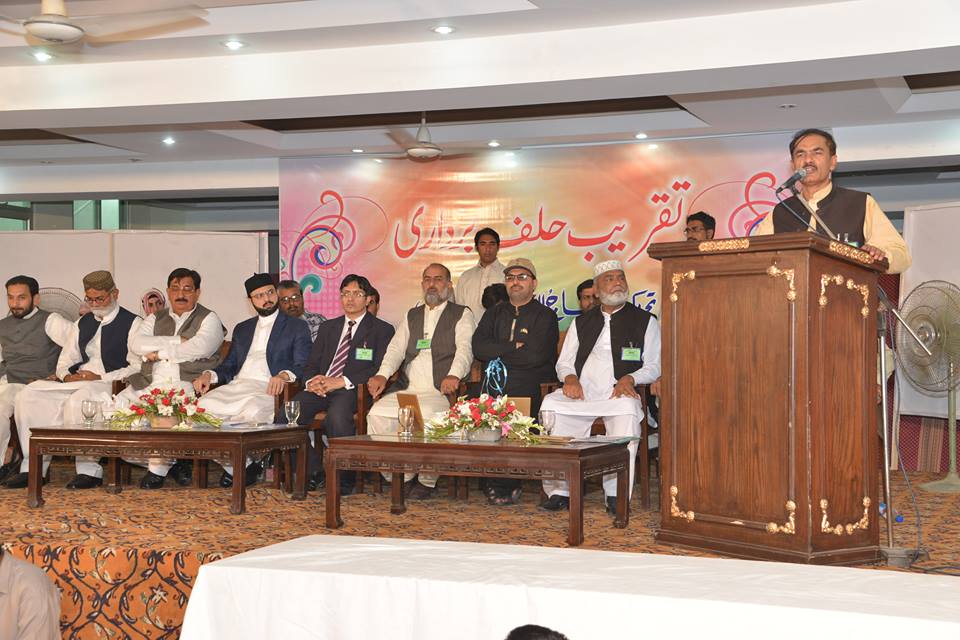 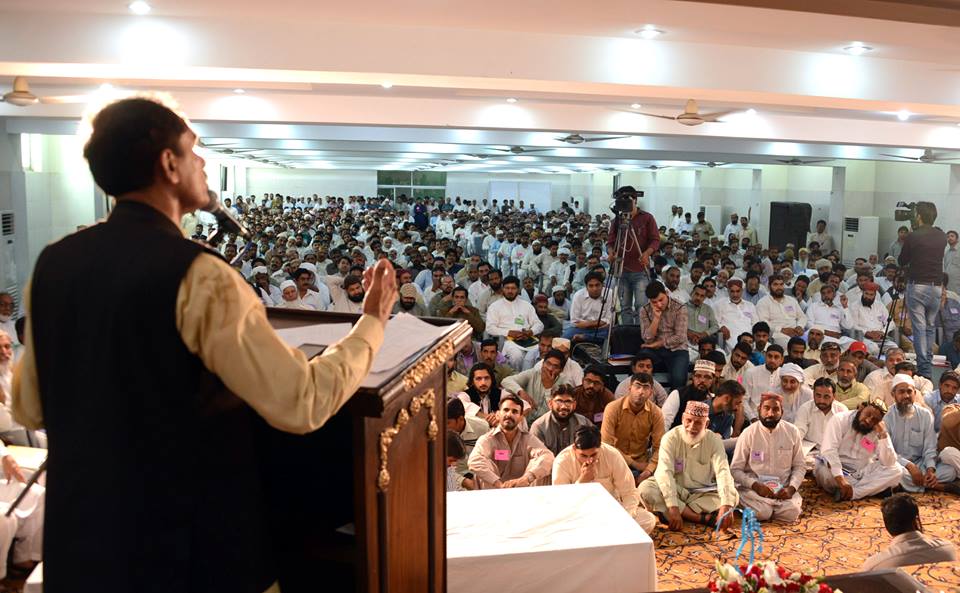 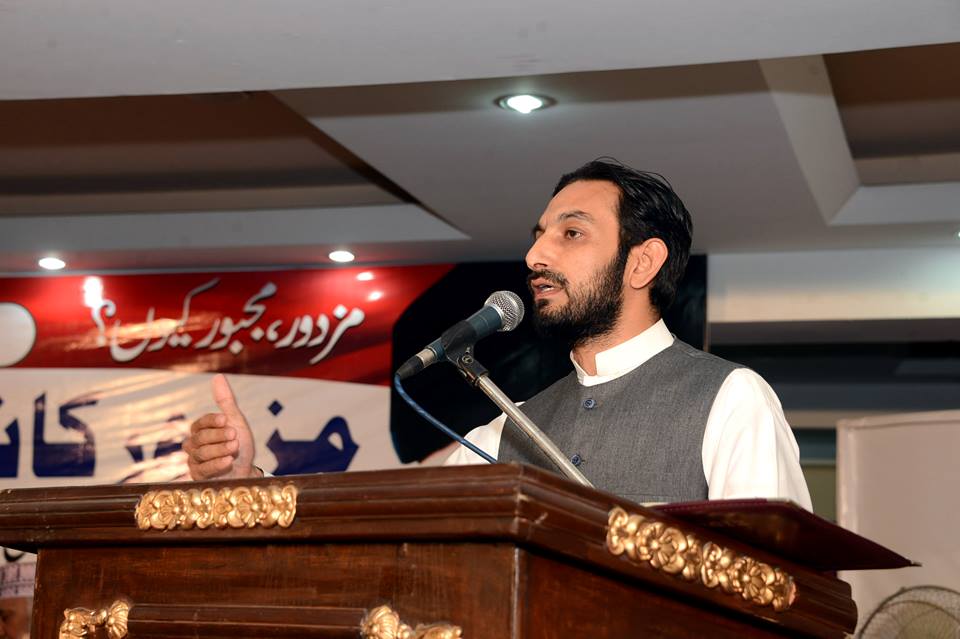 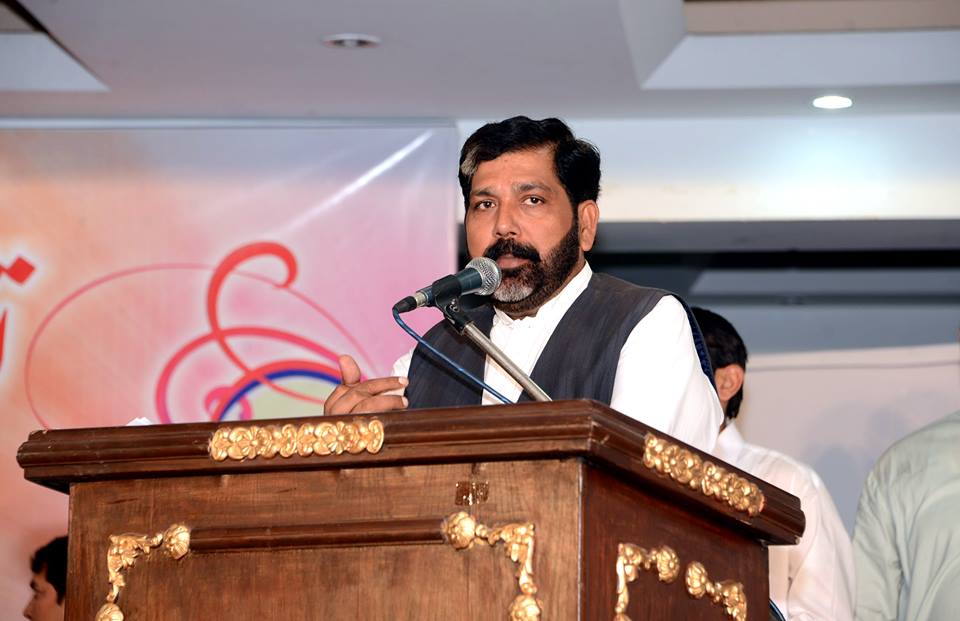 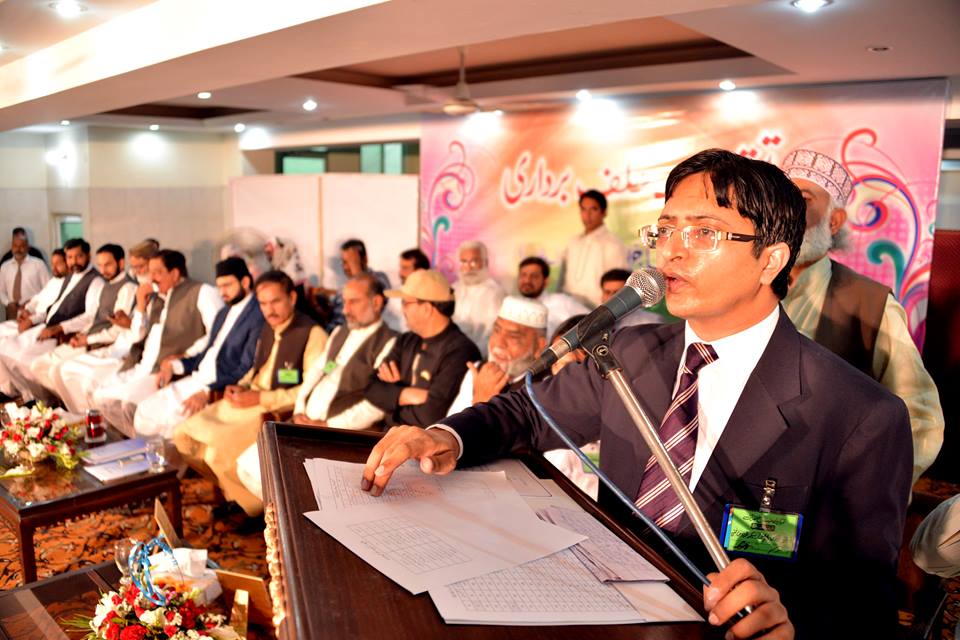 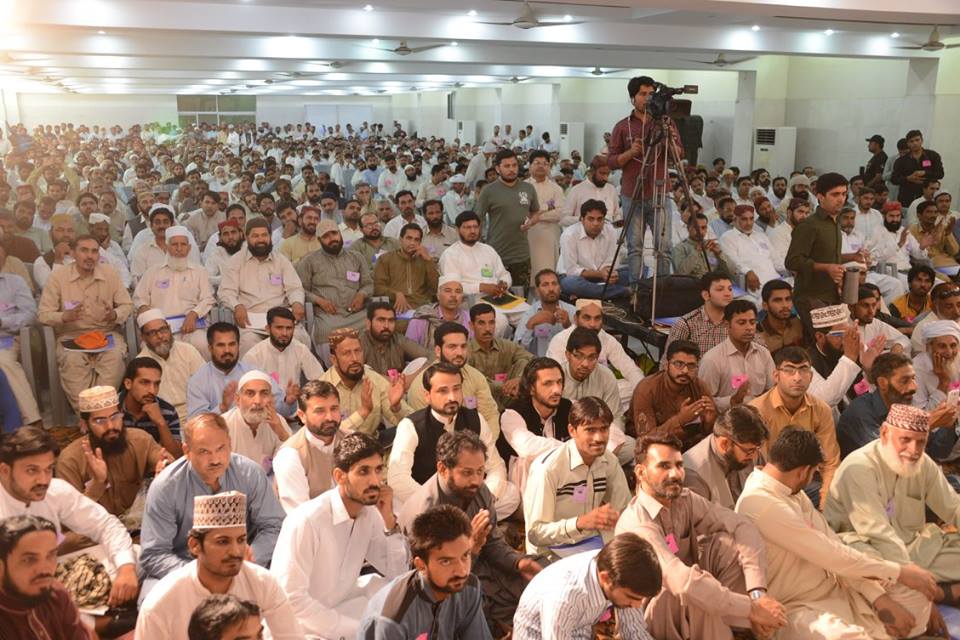