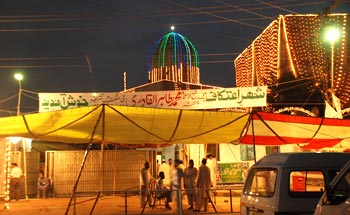 The 18th annual Itikaf City under the banner of Minhaj-ul-Quran International started on September 21, 2008 in the Lahore city of Pakistan. The caravans of people had already started coming to the Itikaf City one day prior to the actual start of Itikaf. However, the process of arrival of participants continued till the evening prayer on the 20th of the holy month of Ramadhan. The inaugural day at Jamia al-Minhaj saw a great rush of people at the central gate where people were lined up for registration. A special counter was set up in the main control room on the right side of the central gate for registration. Stringent security arrangements were made in view of precarious security situation in the country where people were allowed inside after a thorough search through metal detractors. Upon their entrance in the Jamia al-Minhaj, the participants were given warm welcome and garlanded by the central leaders of MQI and the reception committee.

After the Asr prayer, a team of central leaders led by Nazim-e-Ala Dr Raheeq Ahmad Abbasi inspected the arrangements and gave a briefing to the media men. A large number of representatives of national and international media covered the Itikaf city. 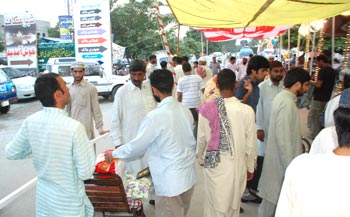 Before the evening prayer, thousands of the faithful had lodged in the Itikaf City in the blessed company of Shaykh-ul-Islam Dr Muhammad Tahir-ul-Qadri. After the evening prayer, Nazim-e-Ala Dr Raheeq Ahmad Abbasi welcomed the faithful to the Itikaf City. He gave briefing to the participants on important administrative affairs and appealed to them to extend their cooperation in order to make arrangements for fool-proof security. Shaykh-ul-Islam Dr Muhammad Tahir-ul-Qadri greeted the participants with words ‘peace be on all of you’ at the time of Isha prayers. The atmosphere resounded with slogans of ‘Allah is Great’.

After the end of Travih prayers, Shaykh-ul-Islam Dr Muhammad Tahir-ul-Qadri graced the stage put up in the courtyard for his address. Thousands of the faithful were eager to catch one glance of Shaykh-ul-Islam. He was greeted to the stage among thundering applause and welcoming slogans.

Before his formal speech, Shaykh-ul-Islam Dr Muhammad Tahir-ul-Qadri, welcoming all people to the Itikaf City, said that Itikaf 2008 had broken all previous records of yester years and 40% additional arrangements as compared to those of last year became inadequate. He also mentioned the fact that there was one caravan of 130 people who came on foot all the way from Faisalabad to Lahore. He asked these people to stand up so that others could see them. 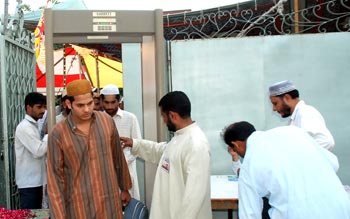 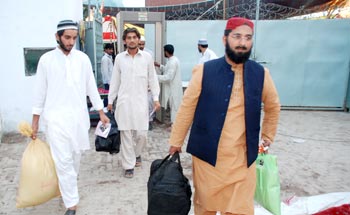 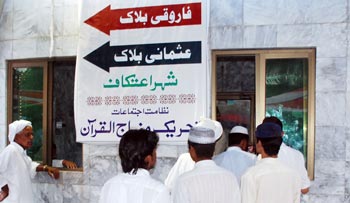 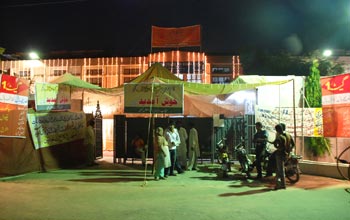 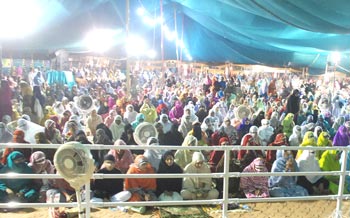