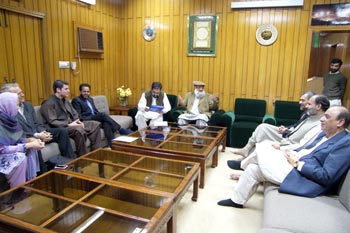 Dr. Raheeq Ahmed Abbasi gave a detailed briefing to the delegation regarding the mission and objectives of Minhaj-ul-Quran International organization, He also introduced the different forms working under the Movement. He also shed light on the future plan of Minhaj-ul-Quran and its role to maintain and promote tolerance, peace and harmony round the globe. He Said, Minhaj-ul-Quran International does not believe in religious violence and condemns it on every step. The Movement believes in dialogue and always adopts the peaceful means of negotiation to dissolve the outstanding issues ravaging the whole world. He said that terrorism, fanaticism and sectarianism are major threats to the world peace and they should be rooted out from both the civilization. He emphasized that we can achieve a peaceful world if we try to promote tolerance and shun all types of prejudice to each other. 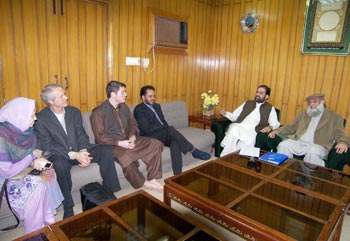 He urged the delegation to come forward and play their vital role to enhance Inter - Faith harmony and peace all over the world utilizing the elaborate infra structure and resources of the Minhaj ul Quran International. Later the Delegation visited the Directorate of Foreign Affaires, Sale Center and all the departments of the Minhaj-ul-Quran and was presented books authored by Dr. Tahir-ul-Qadri on different Topics and DVDs of lectures delivered to the gatherings on religion.

The Delegation expressed his profound appreciation of the services rendered by Minhaj-ul-Quran International in the field of education, welfare, creating awareness of human rights among the messes and its leader in promotion of peace and harmony. 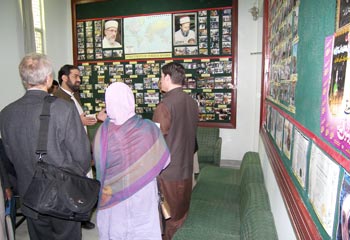 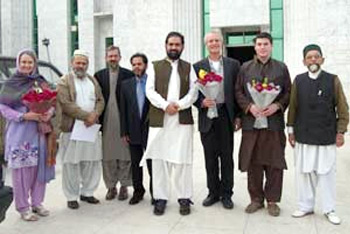